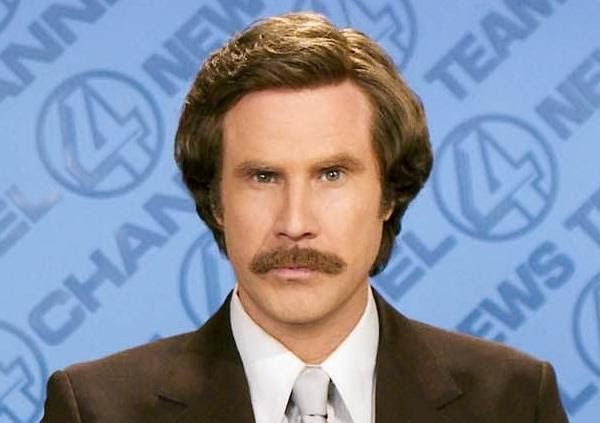 Are movies getting dumber or am I just getting older?


Lately, it seems a lot of the movies I see on Netflix are excruciatingly stupid or unwatchable.    I go online to research the films, and find that shockingly, these same films are lauded by the critics.   What is going on here?

Anchorman 2:   The original "Anchorman" wasn't really that funny.   But for some reason, it was wildly popular among people who were never alive in the 1970's.   They made a sequel, and part of it was filmed on a nearby island (they actually built a fake lighthouse for the shoot) so I watched it on Netflix out of curiosity.

Ouch.  It was one bad, uncomfortable unfunny bit after another.   But it has a 75% "fresh" rating on rotten tomatoes.  Am I missing something here?   There wasn't a laugh in the whole thing.   Or maybe the common denominator is becoming more common.

Maybe I'm just not a Will Ferrell fan.   I didn't think he was very funny on SNL, come to think of it.   And the Ron Burgundy bit, well, that would make for an uncomfortably long SNL sketch, much less a movie.  Much less two movies.

The sad thing is, both movies could have been a real send-up of the news business - both local news and 24 hour news channels (the topic of the second film).   But you could sense that they really pulled their punches here.   The same media companies that make Hollywood movies have ties to the same television stations that report the news.   And hey, let's not mention the fact that they review the movies as well.

So Ron Burgundy is not shown as a parody how the "nightly nooze" works, but rather as an outlier, whose behavior is condemned by the "real serious newspeople".

We can't have the plebes losing faith in the news, right?   Next thing you know, they will question their faith in Hollywood!

Snowpiercer:  The critics loved this movie, but the audiences were not too hot about it.   As one blogger noted, the plot is so ludicrous that a 7th grader would be embarrassed by it.   In  a dystopian future, the world populated is decimated when attempts to cure global warming by pouring chemicals into the upper atmosphere (with chemtrails, no less) end up freezing the planet.  The last few hundred people left alive on Earth live on a super-train that circles he globe at high speed (no I am not making this up, and I am not on drugs) driven by a perpetual motion machine.

Oh, it gets worse.   Class warfare erupts as the 1%'ers in the front of the train run everything and the vast majority live as slaves in the rear.  Chaos ensues as the plebes lead a revolt against the train engineer.

Really?  I mean, really?  I just could not watch it, as I kept thinking, "Why are they traveling around the globe on a train for 17 years?  How does that make things any better?    Wouldn't it make more sense just to park the train and use the energy from the engine to keep people warm in houses?  Who maintains the tracks after all these years?  This plot is stupid!"

As you might have guessed, the story was based on a comic book.   Oh, wait, a graphic novel.   Such is the state of literature.

Now, granted, movies like the Matrix had just as idiotic a premise.  But in the Matrix, the movie itself was so creepy and entertaining that you could swallow the improbable premise and just enjoy the ride.   Snowpiercer has no ride to enjoy - just gross-out violence.   And as I noted before, the Matrix was OK, but then they had to make a sequel, and that ruined everything, as they tried to "explain" things, which is just buzzkill.


Wolf of Wall Street:  Wise Guys meets Gordon Gecko.   This is a pretty formulaic movie about Wall Street corruption, but told in a format of a mafioso movie - which is not surprising as it is directed by Martin Scorsese.  The movie is way too long (close to three hours) and after a while, you just want to punch Leonardo DiCaprio in the face.  Scorsese does everything over the top.  Not only do they snort cocaine off hooker's breasts (in almost every scene) they snort cocaine off the breast of a hooker, while drinking Dom Perignon, driving in a Lamborghini on a yacht inside a private jet.  That sort of thing.

It is a plebe movie.   You can just guess at the hootin' and hollarin' that goes on when the great unwashed watch this movie and go "shit-yea!!  Snortin' coke offa hookers titties, that's what I'm talking about!! hooo-wheee!!"

In this, Scorsese sort of shows off his lower-middle-class roots - that gaudy excess is desirable and that too much of everything is the American dream of success.

The real story of the scumbag who defrauded thousands of people with his penny stock schemes is, of course, not as exciting.  The guy did go to jail and got out. Guess what he does now?  Right, a motivational speaker.   Wow, what a loser.

Oh, and he wasn't the "Wolf of Wall Street" but rather ran a penny stock boiler room scam out of an office on Staten Island.  He never ran a Wall Street firm, as the title of the movie suggests.

The movie is long, boring, loud, and over-the-top.  The plot is hackneyed and predictable.  Eventually you just get tired of it and fast-forward to the part where he gets arrested.   It is all just so, well, been there done that.   Scorsese needs to find a new plot line.

But, the critics largely loved it.   And I guess it sold a lot of box office tickets.   It came out at a time when a lot of people had lost money on Wall Street - and wanted to see a movie scapegoating the business.   I am sure more than one plebe came out of this picture and said, "I told you so!  The whole stock market is just a big scam!"

Penny stocks are, of course.  But only an idiot buys those, right?

Am I getting to be an old fart and just don't understand the movies anymore?   Perhaps.   So many films today are just explosion movies designed for the foreign market (many movies make back their costs with domestic sales, and then make their profits overseas and in the secondary markets).

Many others are based on comic books, television sit-coms or cartoons from the 1960's, or really bad remakes of movies that were bad to begin with (such as the Poseidon Adventure).  And many of these flop.   Who sat through The Scooby-Doo Movie or the Beverly Hillbillies?   But Hollywood keeps going back to the trough, hoping to find something that resonates with Baby Boomers and is also salable to the next generation who watched it in reruns on Cable.