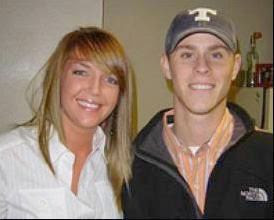 Why are some crimes widely publicized and others never get a mention in the press?

Today a young Bosnian immigrant was brutally beaten to death by four hammer-wielding black youths in St. Louis, Missouri.   On most websites and news shows reporting the news, the race of the assailants - two of whom are still at large - is not mentioned.   Some people are a little shocked by this, as it appears that this is a possible hate crime.   The four black youths assaulted a white man by beating on his car with hammers.  When he got out of the car, they beat him to death.

For some reason, though, the police and the media are walking on eggs about the story - lest it stir up racial unrest.   This, after hyping the Grand Jury decision in nearby Ferguson, for well over a week.

Right-wing and racist websites have coined a term for this trend - "Hush Crimes".   These are crimes against people who are, for some reason or another, not deemed sympathetic to the general public.  For example, the murder of Christopher Newsom and Channon Christian was a horrific crime (warning to those clicking on the link, you may throw up) but was largely unreported in the national media.   Yes, it did make headlines in the local papers, but the national media was largely silent.

Contrast this with the obsession the media has over things like the "Tot Mom" trial, or some missing wealthy girl in Aruba, or some murder trial in Italy involving healthy looking 20-somethings.

Or contrast it with the murder of just about any black person (not killed by the police) or as I have written about before, the murder of hookers - which we joke about.  Neither get mentioned in the press, unless the dead hookers inconvenience us by washing up on the beach at a popular public park.  That is how little we think of other crimes.

The racists have it right and wrong.  Yes, "Hush Crimes" exist.  No, they are not limited to black-on-white violence.

For some reason the media obsesses about certain crimes and gives criminals a free pass on others.

But it goes beyond that.   It helps to be young and attractive, of course.  It seems that young, middle-to-upper-class white folks get a lot more press when they are murdered.  And if the crime isn't too gruesome that maybe it gets better press as a plain old murder mystery.   I think one reason the Newsome/Christian murders didn't play well with the press is that they were so gruesome that people would change channels or put down their papers.

The press is in the business of selling eyeballs, so a nice simple shooting is easier to sell.   It is easier to sell a nice "clean" shooting instead of a torture-murder that turns peoples stomachs.  Advertisers will pay top dollar to advertise at the "Tot Mom" trial.  No one wants their advertisement to accompany a story about a torture/rape/murder of a young couple by four black thugs.   The story is so repugnant that the advertiser's message would be lost - if not hurt.   It's not a racial thing - it's a money thing.

And it goes without saying that if poor people murder each other, no one really gives a shit.   And if it is poor black people then even less so.   And yet a majority of crime in black neighborhoods is black-on-black violence, and this doesn't get reported or receive the attention it deserves.

We instead concentrate on things like Ferguson or Travon Martin - cases with murky facts that cannot be established one way or another - and then get 'outraged' when what we believe to be justice, is not done.

More clear-cut cases are of less interest.   And again, perhaps the fact the media is selling eyeballs is to blame.   With "controversial" trials - like the O.J. trial - people like to watch and argue about whether the defendant is innocent or not.   It is like watching your favorite soap opera.   They just want to keep you watching.

Crimes that make you throw up, however, don't keep you watching.   Boring or routine crimes - or the millions of unsolved crimes - they are not "newsworthy" as there is no "hook" to keep people watching through the commercials.

This is not to say these other cases are unimportant - only that there are thousands of murders every year in the USA (about 40 a day) and many of those are just not talked about at all - or talked about very little.  And they are not talked about because they are not newsworthy in this day and age.   And since news departments are part of the entertainment  branch of the networks, the stories have to be entertaining and sell advertising space in order to get reported.

So, if you plan on being the victim of a crime, make sure you are appealing to the viewer demographic, and have a nice, clean murder without a lot of gore that turns off advertisers.   And be sure the crime is controversial or the facts are murky.   Otherwise, no one will give a shit, quite frankly.