Hunting and Gathering versus Shopping 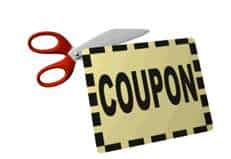 You cannot shop your way to wealth.


I get a lot of hits on this blog from other blogs. And a number of these other blogs are written by women, who are sharing tips on how to save money.  Some of these blogs almost appear to be in code, as they discuss various coupons, rebates, cash-back offers, BOGOs, sales, membership discounts and the like in a format that is all numbers and abbreviations.

For example, one might say, "Special Offer, Rite-Aid, shampoo 12 oz, mfg. coupon, BOGO, membership cash-back, cost -0.12" or something to that effect. They stacked coupons and offers and sale prices and whatnot, and ended up not only getting a bottle of shampoo for free, but 12 cents back in cash.

While it is a good idea to seek out good bargains, oftentimes such "shopping" can actually distract you from the bigger picture. You cannot spend your way to wealth, just as you cannot eat your way to slimness.  Women in particular seem to try to do both, an awful lot.  I don't know how many women I have met who tell me that, thanks to Acacia berries, they can "eat all they want, and still lose weight!" - and yet they don't appear any slimmer, even after months of this.

Now, I am not beating up on women here (like some NFL player, right?) but I think there may be some biological imperative at work here. In the caveman days, the women would quietly gather nuts and berries (so we are told) while the menfolk made a big deal out of chasing down a mastodon. Both activities were important to survival. Only one was immortalized on cave paintings. Not much has changed in 4 million years, has it?  Today, men still make a big, noisy deal about whatever it is they are doing.

But I think "shopping" has replaced gathering nuts and berries, and it is mostly women who engage in this pastime. There are a few men shoppers, of course, but they are a rare breed.

And I know a number of women who like to regale me about their big kills in the mall. They got a special deal, on sale, or a BOGO with a coupon and with cash-back, hardly paid anything at all!   "I got a pair of shoes that cost $250 for only $25!!" they chirp, not realizing that those shoes cost less than $10 to make in China (including shipping).  And women's shoes are particularly poorly made, too.

I have another friend who likes to seek out fantastic bargains - buying things that cost dollars for mere pennies. Thrift shops and tag sales are her haunt, and she regularly comes home with piles of loot for mere pennies. Problem with this model is, of course, that you end up with a house full of stuff in no time, and unless you have a garage sale of your own, it starts to burst at the seems. And the specter of hoarding (and it is a specter or ghost!) is always on the horizon.

The bottom line, of course, is that those shoes didn't "cost" $250, but rather had an arbitrary price tag put on them with that number. Whether the price paid or not is a bargain is another question.

But regardless of how much you "save" in shopping techniques like this, you can't make money at it, no matter how hard you try. There have been a plethora of couponing shows on Cable television as of late. They like to show "extreme couponing" where some white trash diva walks out of the grocery store with cartloads of yummy delicious food, and pays little or nothing (or gets money back!).

Carloads of food, by the way, are a high-index Pavlovian response item, just like the aluminum briefcase full of hundred dollar bills, which is always a prop in every action movie made (although lately, the black duffel bag of money seems to be on the rise).   We salivate at the thought of all that food, just as we drool over the money.   The TeeVee people know this, so they use these props a lot, to get a reaction out of us.   The reaction they want, of course, is for us to watch.   I could make a television show that would have spectacular ratings.   It would consist of scantily clad women walking around with their boobies poking out, pushing shopping carts full of food and carrying briefcases full of money.   People would watch, too.

But getting back to shopping.   The problem with gathering nuts and berries today is that they are no longer free - you have to pay for them.  So even if you get a "great deal!" at the mall, the grocery store, or the drug store, you still took money out of your pocket and spent it.  They win, you lose - never forget that.

And the same is true for frequent flyer miles, cash back bonuses, rebates and other distracting nonsense.   In order to get these things, you have to spend money and spending money is not saving money, even if they advertise "Savings Galore!"

It is one of those weird English Language things.   Quite frankly, I don't know how foreigners ever learn our language.   We have 100 different words for the same thing.   And we have many, many words that have multiple meanings - which are often contradictory.   "Saving" is one of them.

When I talk about "Saving money", I mean taking money and putting it in the bank or into an investment, so you have it for the future.  These are concrete savings.

Retailers talk about "Saving money" by allegedly paying less for a product that you otherwise would have.   These are often illusory savings.   Taking money out of your wallet isn't "saving" anything - it is merely spending.   Yes, maybe you are spending less than you would have, but in many instances, these "savings" are very illusory - and often used to induce you to spend.

How many times have we heard (or said), "Well, at these prices, who can afford not to buy?"

But it is a game - and one that you can't win except by not playing.

For example, Tommy Bahama (who used to sell Hawaiian shirts, but now seems to have gone off in other directions) sends me a "free gift card" for $50.   Problem is, nothing in their store costs $50.   Even just buying a cocktail shaker or a cigar box (neither of which I need) means taking $15 out of my wallet (which is likely more than they paid for these things).

And of course, they are hoping you spend more than that.  "If you spend $200, you get a gift card good for $50 - next month!"   So they want you to come back next month, spend another $200, to get the "free gift card" for next month.  It is very clever marketing, but if you followed this plan, you'd end up spending well over $2500 a year there - and end up with a lot of clothes in your closet!