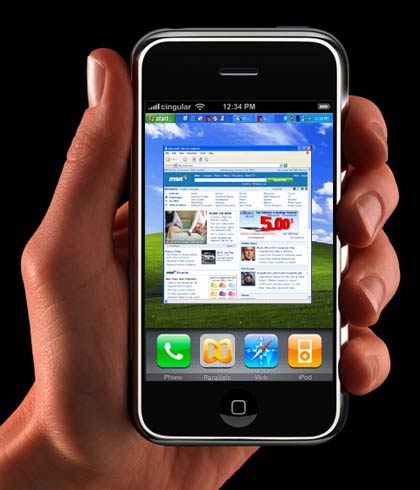 Handheld access to the greatest database known to mankind, and the typical user is texting, "Wassup?"


Some friends of mine got smartphones.  If you've read this blog, you know I am in no hurry to get one.   It is not that I don't appreciate the technology, only that I find it is too expensive at this time ($600 for the phone and $100 a month for service is not in the cards for me).  Also, it pays to wait until the technology settles out.  Probably in a year or so, I will buy a last-years-model on eBay and try to find some cheap plan for it - maybe one that uses WiFi for data.   I am not interested in texting and becoming OCD in yet another area of my life!

What is amazing to me is that the people who have smart phones are, well, really dumb in how they use them.
I'll give you an example.

We were out to dinner and I told my friends to stop texing obsessively while we ate.   So we were having an actual conversation and were discussing food.  I mentioned pecans in something, at which point my Southern friend (who was actually born in Florida, which is not really part of the South!) said I was saying "pecan" like a Yankee - as in "pee-cahns."  He likes to do that - accuse me of Yankeeism.

Pee-Cans or Pee-Cahns?  Which is right?  And do Yankees really say it "wrong?"   I grab his smart phone and Google "pecan v. pecahn" and find an interactive map that displays how the word is pronounced in different parts of the country.

I show him the map, which illustrates there are four pronunciations of the term, and that the demarcation is not "North versus South" but actually a series of regions, which - if you'll excuse the pun - are all over the map.

The greatest database in the history of mankind - all the palm of your hand!  And most people use it to look for sex or to send snarky texts or tweets to each other.   It is like giving a Nuclear Reactor to an idiot.

Now, my friend got all over me for using the phone at the dinner table and also saying, "See, you like smart phones!"

And I pointed out to him that I was not furiously texting with a smart phone in my lap while pretending to pay attention to others, but using the device constructively as part of the conversation and also as a learning tool.  It does have constructive uses besides looking for dick on the Internet.

And what really browned him was I knew how to use the phone better than he did, and I don't even own one!  (Sorry, I'm an Engineer).

These are useful devices, but people choose to use them in the most idiotic way - sending little notes to each other and updating their Facebook pages.  It is as if someone was given a Ferrari and they used it as a golf cart.

Not only that, with all this information and data in your pocket there is no excuse to be ignorant about so many things.

As I noted in an earlier posting, a lady made a mocking comment that the dealer wanted to replace the Evaporative Emissions Canister in her car, "whatever that is" she said snarkily.  Yet, with just a few clicks of a mouse or just by asking Siri you can find out what it is and not be stupid and ignorant - and be proud of your ignorance.

And I find this all the time with my "Smart Phone" friends.  We are having a discussion and someone says something really stupid, or someone says, "Gee, I wonder if..."   And I say, "Give me your Goddam smart phone for Chrissakes - there is no point in wondering or not knowing if you have the greatest database assembled in the history of mankind in you fucking pocket you moron!"

OK, I say it a little more diplomatically than that.   But it begs the question - with so much access to data, why do people continue to embrace ignorance?

The answer is simple.  Texting - like watching mindless sitcoms - is stupid and fun and requires no thinking.  Looking up something and learning it is HARD and no one likes hard things - at least not native-born Americans who want every Goddam thing handed to them on a platter as a matter of course.

We have these "Smart Phones" now - why are so many people still so Stupid?
Newer Post Older Post Home