Are Mom and Dad Rich? No. 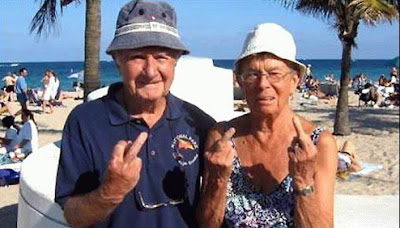 Your parents aren't as wealthy as you think they are.


It is a funny thing, but we all like to think that our parents - or other people - are wealthier than they really are.   The other day, Mark was talking to some lady on the island and she asked where we had been, and we said we just got back from two months vacation.  "I had heard you were rich," she said, as if we were Warren Buffett or Carlos Slim.   The sad reality is that our income is not that much above the median household income in the USA, and this year, might actually be below.

Appearances can be deceiving.   I have a 15-year-old BMW that looks brand-new, and it only has 50,000 miles on it.  People say, "Gee, you must be rich to afford such a fancy sports car" and when I tell them they could buy one just like it for about $12,000 (or less!) they freak out.  After all, they just spent more than that on a Toyota Yaris.   Appearances can be deceiving.

As I noted before, many folks think their parents are wealthy - and parents often don't discuss finances with their kids.   Sadder still, in this day and age, where the median household income in the USA is about $51,000, many people believe that a hundred-grand is "a lot of money" and that maybe $200,000 is enough to retire on.   Really?  Four years of income?

Part of the problem is the reluctance that many have in discussing finances.  People like to be weird and secretive about things, partially to hoard information and appear important.   The other part is the possible embarrassment they likely will have if it turns out their net worth is less than someone else's - or the discomfort they feel if it is more.   And if it is a lot, well, you get people camped out on your lawn asking for money.   So people tend to naturally be close-to-the-vest with regard to personal financial matters, for a variety of reasons.   Embarrassment is the largest single reason.

A law firm decided to put an end to this, and publish everyone's salary.   Rather than eliminate problems, it created more.  "He's making more than me?  He's an idiot!" someone might think.   Better not to know, in some instances.   And that is the problem with unionism.  Since each person knows what the other is making, one worker gets resentful when he sees another slacking off.   "Hey, if he gets $30 an hour and just goofs off, then I should goof off too!"  The union workplace rapidly becomes a race to the bottom.   But I digress.

Counting on an inheritance can thus be a tricky thing, as it will likely turn out that your parents left you a lot less money than you thought they would.   Worse yet, you may inherit an amount you think is "a lot of money" but in reality, it isn't all that much.   A million dollars sounds like a pile of dough, but it really is only enough money to generate about $50,000 in income for about 30 years.  Start tearing through it with new cars and houses and such, and well, it might not last even a decade.

And one reason why has more to do with how much you spend.   A reader writes that they stand to inherit $400,000.  Is this enough to retire on?   Well, with Social Security benefits of $25,000 a year, and $20,000 a year from their inheritance (using the 5% rule) they will likely collect $45,000 a year - which should be enough to be comfortable, if they live in a modest house that is paid for.   But of course, the point is sort of moot.   $400,000 is the amount they are going to retire with unless they win the lottery or something.   As I noted before, most people lurch into retirement, and what they have saved is what they have.   Few plan it out to any degree.

And that, in part, is one reason your parents are not as wealthy as you think they are.   My parents retired sooner than they expected, when my Dad lost his job at age 55 and basically never worked again.   They had a small inheritance, a small pension, and Social Security.   They got by.   But by the time he dies, well, that will be the end of that.   There will not even be a small inheritance for me.  Good thing I made my own money, eh?

Mark's parents left him a fairly substantial sum of money, from houses and investments.   And it is funny, but if you were to ask - based on appearances alone - who was wealthier, you might say my parents were.   After all, they had a fancy lake house and Dad was an executive, right?   But such is not the case.  My Dad made more money over the years - but he also spent it just as quickly.  Mark's Dad had a lot of money - and saved it and lived fairly modestly and carefully.   They didn't starve, for sure.  They took trips around the world and bought new cars every few years.  But they bought Ford Tauruses, not Lincolns.  And they watched the little expenses, to make sure they didn't add up.

It is sad, but I meet folks waiting around for their parents to die, thinking they are going to inherit a fortune and never have to work again.   Sometimes, this works out.   Other times, they are shocked to discover that their parents left them a house - but no means to even pay the taxes on it.

Even when Mom & Dad leave a considerable sum, there is the spending problem.   As I noted in an earlier posting, for a lot of people a "million dollars" sounds like a lot of money.   So they get an inheritance and blow through it in short order.   Kind of hard to feel sorry for that.

But odds are, you won't have to worry about that scenario.   Your folks aren't as wealthy as you think they are.   They may have a nice house and all, but it is paid for, and what is supporting them is not vast riches, but Social Security, pensions, and a small amount of savings - which can go a long way for them, once they retired - but may not be enough for you to retire on.
Newer Post Older Post Home