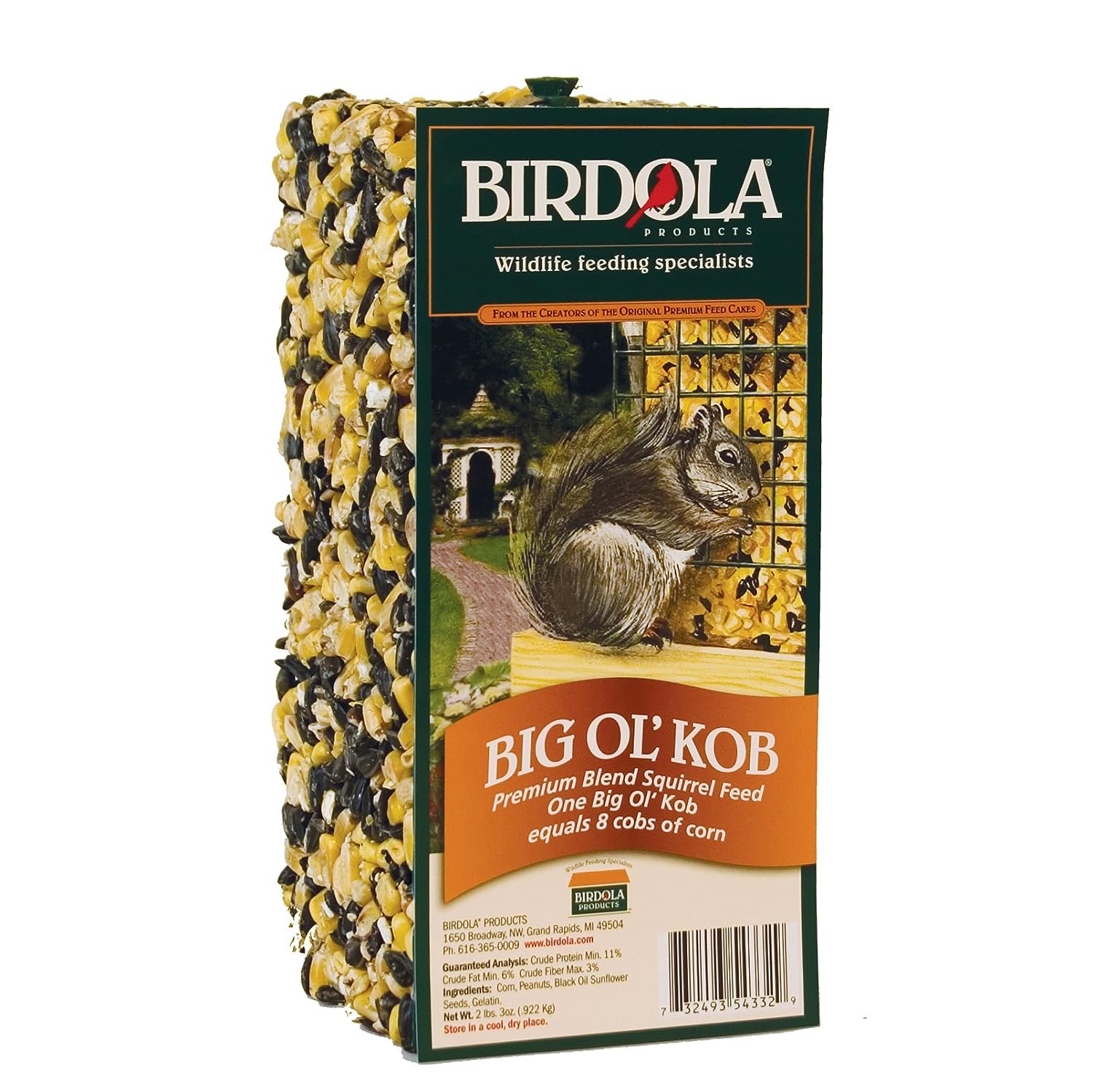 Why would someone pay $22 for an item worth $4?  Because they didn't read the listing carefully.

We like to feed the birds, and the squirrels like to foil our attempts at this.   One fun thing to do is actually feed the squirrels, but make them work for it.  I am not sure why we favor birds, which are descended from dinosaurs, but try to chase away squirrels who are our mammal siblings, but there you have it. We are fascinated by birds and repulsed by squirrels, the latter of which can be kind of cute.

One way to while away the hours is to torment the squirrels by feeding them with acrobatic feeders.  You can make a "Twirl-a-Squirrel" with some scrap lumber.  Mount a corn cob on a counter-weighted rotating stick and watch the little buggers ride around and around while eating the corn.   Hours of endless fun.

Or you can attach a block of corn to bungee and watch the squirrels launch into space.   I am not sure if this is animal cruelty or not.  The squirrels seem to like it.  In fact, rough-housing seems to be their favorite pastime.  And the number of products that seem to abuse squirrels appears to be endless.

Anyway, I noticed today that these squirrel corn blocks are $4 on Amazon (which is also similar to the price at Lowe's) but that one cheeky retailer is offering the same product for $22.

At first, I thought this was a case price, but the shipping weight is the same as the single unit weight.  And the only review - one star - is from a disappointed buyer who failed to read carefully and paid $22 for a $4 item.

I have noticed a lot of this sort of nonsense both on eBay and Amazon - products that seem wildly overpriced for some reason.   Not by a dollar or two, but by a factor of four or five or more.

Others have noted similar things, particularly with food on Amazon.  For example, who the hell pays nearly $200 for one fucking jar of mayonnaise?  It makes no sense at all. The same seller is selling a jar of nuts for nearly $40.  And the funny thing is, the reviews are all five stars, which sounds great until you realize they are reviewing the product, not the seller.

I am not sure what is going on here, but one of five possibilities come to mind:

2.  They are hoping children of users will click on an item by mistake and same as #1.

3.  They are in cahoots with thieves who use a stolen laptop or cell phone to "order" these overpriced items, which are then charged to the victim's account.  Or a stolen credit card is used.  The seller then splits the proceeds with the thief.

4.  Some sort of money laundering is going on.   Rather than send money directly to ISIS, you "buy" overpriced jars of mayonnaise and effectively do the same thing (the mayo, of course, is never actually shipped).

5.  They are using these listings to show relative value of items to suckers they are trying to pawn off a "collectable" on.

Amazon is rife with this stuff, though.   $500 bottles of ketchup and whatnot.  And it is not clear who, if anyone, is ordering these things.  One thing for sure, though, it is creepy and weird, and Amazon (and eBay) should do more to police it.

Note that when you see a product question posted on Amazon, it is not being answered by the seller but by another consumer (or third party).  In the instance of the squirrel scam, the quantity is not specified in the listing - an error by omission that fuels the scam.  In the "questions and answers" section, a "buyer" asks the very oddly worded question:

To which a "helpful" buyer answers "No, it was for 6. Squirrels and birds really love it."

What the fuck does $57.05 have to do with anything?  The net result is one unlucky buyer read this, assumed it was for six items, and got only one, and was bummed out and left a one-star review.  Since the seller never said it was for six items, he is off the hook.   Of course, you have to wonder how the weird "question" and misleading "answer" ended up on the website - by design perhaps?

Moral:  Read Amazon listings carefully.  Remember that reviews are of the product and not the seller.  Remember that questions and answers are not representations of the seller and you have no recourse if you didn't read the listing closely.

I mentioned before on eBay how some people have Beanie Babies advertised for hundreds of thousands of dollars - or even a million or more.   I didn't understand this anomaly (even Ty, the manufacturer, says these things are worth $20 on a good day) until I read that there are con artists out there who try to snag suckers into paying a lot for a Beanie Baby.

The con goes like this.  The con tells the "Mark" that they are desperate for cash.   They will sell them a "mint" Princess Di beanie baby for "only $5000" as they are desperate.  "My loss is your gain, dude!" they say.  They then point to eBay listings which show these fetching tens of thousands of dollars if not more.   Since eBay can be listed from high price to low, it is not hard to show a sucker page after page of high-priced beanie baby listings.

Of course, you'd have to be particularly dense to fall for a scam like this, but many pretty astute people do.

It is like the White Van Speaker Scam - they too now use phony online listings to show the relative "value" of the junk stereo equipment they are selling.

So what really is going on here?  More of the same-old same old, I'm afraid.   Social media, in this instance, eBay and Amazon (whose feedback systems, question & answer sections are a form of interactive, social media) end up being spoofed by evildoers to engage in some kind of ripoff.

The name of the game is disinformation - putting up false, misleading, or even vague data, so that people make ill-informed decisions.   It is sort of the opposite of the Craigslist scam.   On Craigslist, they advertise prices that are too good to be true.   On eBay and Amazon, it is prices that are obscenely high.


NOTE:  It would of course, be easy for Amazon and eBay to police these kinds of listings.   For a fungible commodity, any product price that is above or below the average price by more than one or two standard deviations could be flagged or automatically canned.   It is like with Craigslist, who has successfully fought the bogus listings using bots to cancel them.   But of course, that doesn't generate revenue for Amazon or eBay!
Newer Post Older Post Home