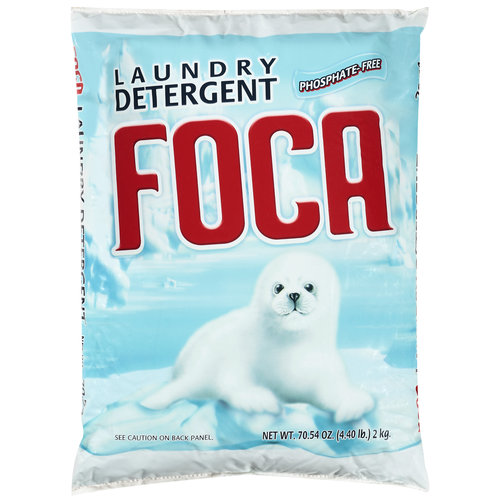 What is the best deal on laundry detergent?


OK, enough political bullshit about Clinton and Trump.   You came here wanting to know the best price on a box of toothpicks or how to recycle pocket lint into an attractive sweater, right?  So enough about the election and whatnot and let's talk about cheap laundry detergent.

To begin with, laundry detergent - like all soaps - ain't cheap.   Early on in our country, a few folks realized that people would pay a LOT of money for brand-name detergents, if you told them they got clothes cleaner and whiter (interesting adjective) and what's more, all the smart set bought your brand.  Companies like Johnson & Johnson and Proctor & Gamble made their millions by selling soap, often door to door at first, to gullible housewives.

And speaking of gullible housewives, when I grew up, my Mother always bought TIDE detergent, which came in a cardboard box and promised to make your clothes cleaner.  The box was orange and yellow, which are two colors which test well with consumers (hence Burger King and McDonald's tend to use them).

The Tide box has changed over time, and it is now available in a liquid form.  It is not a bad detergent, but it is an expensive one.


Tide, of course, is a brand-name like Coca-Cola which has taken on a life of its own.   Some folks claim that the detergent is so popular that in the ghetto is it used as an informal currency.   I suspect that is likely bullshit, but it does illustrate how the poorest in our society are often the most brand-conscious.

Being a brand-name, the cost per load is not going to be the best value.  At 225 ounces, it claims to clean 160 loads of laundry.   And here is the key with "concentrated" detergents - you have to use the scoop they give you or get one and carefully measure the amount of detergent you use, in order to get full value out of a concentrated detergent.

At $26.49 per box, that comes out to 16.5 cents per load.   Again, you have to measure carefully, and like with my entry on coffee perhaps number of loads (or number of cups of coffee - at 6 oz. per cup!) are a bit overstated.

Arm & Hammer in this 2.5-gallon bucket seems like a good deal at the wholesale club, but is it?


We had been buying Arm & Hammer laundry detergent at BJ's Wholesale, as it seemed like a good deal.  After all, instead of some tiny cardboard box you are getting a huge plastic bucket with over 15 pounds of soap, right?

Cost per load is a staggeringly low 7.9 cents!   Again, this illustrates how "brand name" products are far overpriced in the marketplace.   Comparing the two soaps from a cleaning standpoint, I find no difference in the relative performance.

Does it make a difference in your budget?  Well if you average one load of laundry a day (as we do) the savings come out to about $31 a year.   Not a lot of money, to be sure.

Dollar Tree has good bargains on everything it seems, except laundry soap.


Dollar Tree sells only liquid laundry detergents, and the example above is typical.   For $1 you get 32 loads, allegedly, from one 64-ounce bottle.  Now granted that is a staggering 3-1/8ths cent per load, but my experience has been that even when you double the amount of soap suggested, it doesn't do a very good job of cleaning your clothes.

The only positive thing I have to say about it is that when we are in the camper, it is convenient to have such a small bottle, easily obtained (there is a Dollar Tree in nearly every town) so long as you double the amount recommended.

Recently, however, I was forced to shop for laundry soap, as our Arm & Hammer bucket was getting low.   On a whim, I bought a bag of Mexican-made "FOCA" soap which is a weird blue color, at Wal-Mart.

The soap is an astonishingly cheap $3.42 per bag   They also carry a second Mexican brand, which is a few pennies cheaper and is not the disturbing blue color.  They sell it in various sizes, including an 11 pound bag (for about $8) which seems to fill our Arm & Hammer plastic bucket.

Here is where it gets weird.  For some reason, Wal-Mart's website shows the 11-pound bag at over $60 - with the order fulfilled by "We the People" whatever that is.   But at the store it is less than $8.   Using it as with the Arm & Hammer (assuming an optimistic 200 loads) we get 3.2 cents per load.   That is on a par with Dollar Tree, but the soap works far more effectively.   Also, one bag would equal a shelf full of Dollar Tree bottles, so there is the convenience factor.

As you can see, there is not a huge savings in the laundry detergent department.  Even if we went with Tide (and used it at the rated "per load" rating) the annual cost would be less than $100.   Going to the cheapest detergent might, on paper, save us about $50 a year, if we use the detergent at the rated amount and do one load (on average) per day.

However, given the amount of detergent we buy per year, I suspect that few people use the properly measured amount per load (as with coffee, it is too weak if you used the measured amount) and that on average, we might be doing more than one load a day.

But is more convenient to find these bags in the grocery aisle at Wal-Mart than to lug home a plastic bucket from Price Club, 45 miles away.

And that brings us right back to politics.   I have no problem shopping at Wal-Mart, and indeed, I am a shareholder in the company.   When I started this blog, we shopped exclusively at Publix and Harris Teeter, the two most expensive grocery stores in our immediate area (we are not high-toning enough for a Whole Foods or indeed, even a Trader Joe's).

When I started this blog, we started going to Wal-Mart, which at the height of the recession was a popular place to go.  And yes, you will  see all sorts of people at Wal-Mart, some weird even.   But on the whole, their prices are a lot more attractive than the upscale grocery stores.

It took some doing to get Mark to go there.  After all, he used to work at Williams-Sonoma and what is now Balducci's.   But over time, he has come to appreciate that you can often buy the same stuff - sometimes the exact same stuff - at Wal-Mart for a lot less.   Wal-Mart has quite a selection of French cheeses, believe it or not, and they are the largest retailer of organic produce in the United States.

And some things that are more plebeian end up being better than "upscale."   We found out that cheap Tfal cookware actually works better than fancy "Calphalon" - and a lot of other people, such as the folks at Cook's Illustrated, are coming to the same conclusion.

But during our trip this summer, we ran into some real "true believers" who were aghast that we actually shopped at Wal-Mart.   They felt that by shopping in upscale supermarkets, they were being better people and that moreover, were not exploiting the "masses".

But of course, many of these tony supermarkets pay the same rates - or less - than Wal-Mart.   And decrying Wal-Mart for being evil is kind of stupid.   They are just a company like any other, that buys products and re-sells them.  The are just better at it than most folks are.

The point is, shopping is one area where maybe politics should be set aside.   Unless the company you are dealing with has severely odious policies, maybe it is time to put preconceived notions aside.

And the funny thing is, some folks will refuse to shop at Wal-Mart but will buy a sandwich at Jimmy Johns, who until recently forced its hourly workers to sign non-compete agreements and whose owner hunts endangers species in Africa.

Non-compete agreements for fast-food workers - even Wal-Mart doesn't stoop that low.   And don't get me started on Papa John's or Chik-Fil-A.   Oh, right, the franchisees just needed "a day off" and it just happens to always be a Sunday.

The nice thing about Wal-Mart is that is open on Sundays - in fact they rarely close.  And while they contribute to candidates that are pro-business and anti-regulation (as you might expect) they seem to steer away from social issues.

And those "underpaid" workers they hire?   Well, they are doing all right, when you factor in how much they get in subsidies.