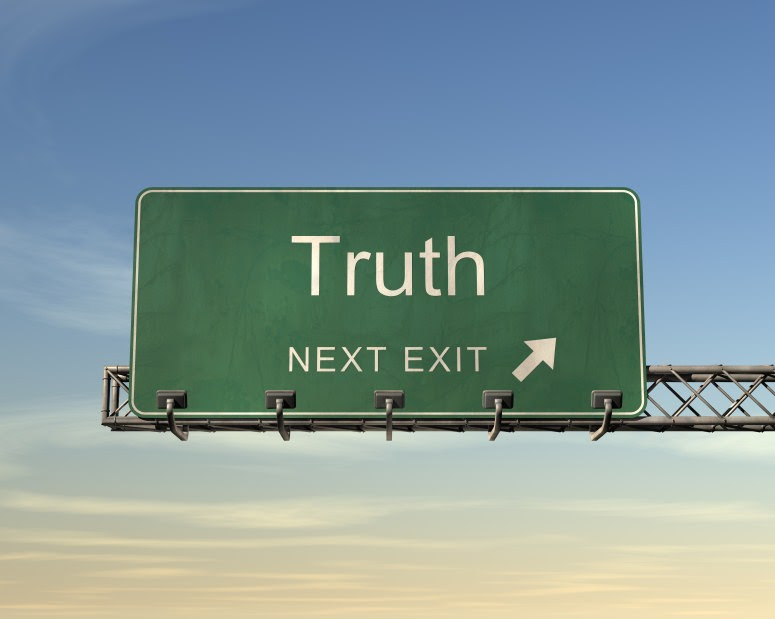 Is such a thing as a "post-fact era" or "post-truth era" even possible?   For a while, yes.  Not forever.

The pundits are at it again, claiming that the election of Trump is evidence of a scary new "post-truth era".   The reality is, the concept has been around for more than a decade, and it is a flawed concept, in some respects.

Yes, Trump used a lot of emotional arguments to get elected, mostly relying on fear to rally support.   As anyone with half a brain knows (or if you read my blog), fear is not an emotion to be trusted.   Throughout history, the powers-that-be have used fear to intimidate others and to mold public opinion.   If you can get people to believe that are in real danger, then they will act.  Otherwise, they are complacent and will not lobby for change.

And that is how Trump won.   By any logical analysis of our economy, the war on terror, the immigration situation, or whatever other metric you want to choose, we are doing pretty well.  The last eight years have been slow and steady recovery from the worst recession since 1929.   That's pretty good.

But you don't get elected if you tell people things are OK and you have no plans to change them.   And that was pretty much Hillary's platform, and pretty much the one she had to run on.   She could have articulated reforms to Obamacare, or maybe government reforms, but that would piss off the far-left of the Democratic party, who were already fleeing for third-party candidates or just not voting at all.   So Hillary had a conundrum - all she could do was attack Donald Trump as a dangerous psychopath, which he certainly appeared to be on the campaign trail (and still appears to be, although more muted and less tweety).

Trump's job, on the other hand, was a lot easier.  He didn't need to point out that things were rotten - they aren't.  Instead he had to make up lies about how bad things are.   So instead of Mexicans actually migrating back to Mexico (which is the truth) he tells us Mexicans are "flooding" across the border and raping and robbing and murdering.  None of them, it seems are the fellows mowing your lawn, cleaning your house, or picking your vegetables.

Similarly, in an era of 4.9% unemployment, he has to argue that unemployment is actually 32% or even 42% which is ludicrous on its face.   Or he just argues that "everything is bad" and getting worse, even if it isn't.   And people it seems, will believe what they are told.

Similarly, with ISIS and Islamic terror, he argues that this is an imminent threat to America, when in fact it is a real threat to Syria and Iraq.   A nuanced argument that our response to ISIS maybe could have been better orchestrated (Russia, of course, being the spoiler here) isn't going to work.   No, instead, he cranks up the fear that your local shopping mall is going to be bombed tomorrow.  And it doesn't help that some teenaged kid on the Internet decides that being "radicalized" is "rad".

But if you look back in history, you see the same pattern.   People don't vote for change unless they can be convinced - by real or imaginary evidence - that the system is "broken".  And that is why every candidate in the history of mankind tells you this.

Obama was elected only because there was a real economic crises.  People were losing their jobs and their houses and their life savings.   People voted for change, because Bush drove the economy off a cliff (well, maybe it wasn't all his fault, but when you are at the helm of the Exxon Valdez when it hits the reef, you are the one they blame).

And so forth down the line.

The problem with imaginary data is that eventually reality comes up to smack you in the face.   During the Bush years, we were told to borrow and spend - and lending rules were relaxed.   We all told ourselves that our houses could appreciate in value by 20% a year indefinitely which of course, is mathematically impossible unless inflation is running 20% annually as well - and it wasn't.  The balloon burst when mean old reality played his hand.  And suddenly the lies that Real Estate agents told ("buy as much house as you can afford!", "Real Estate values will always go up!", "You home is your best investment!", "I can get you a payment optional loan so you can afford this!") seemed pretty silly in the light of day.

You could argue the same about any major event in history.   The idea that we could bring "Democracy" to Iraq, and that it would spread across the middle east is now looked at as ludicrous.   But back in 2005, the President went on television and told us this was not only possible, but inevitable.   The run-up to the second Iraq war was indeed a denial of reality, and indeed, most of us were taken in by talk of yellow-cake uranium and how the Iraqis would welcome us as liberators.   Back then, most Americans couldn't tell a Sunni from a Shiite.   We've learned a lot of hard truths since then.

Or take Vietnam.   The harsh reality was, that unless we were willing to bomb Hanoi to rubble, massacre millions of civilians, and face the approbation of the world (and possibly trigger World War III), we could not win a "limited war" as each side poured more men and material into the fight.   What's more, the "democratic government" of South Vietnam that we were fighting for was largely a sham, installed by the CIA and not even supported by its own citizens.   The reality came crashing down in 1975 and the dreaded "domino effect" failed to materialize.  In fact, since then, both Russia and China have largely abandoned the Communist model.

World War II was the same deal.  Germany thought it had a "thousand year Reich" on its hands, but it lasted only a few short years.  People deluded themselves into believing a drug-addled madman had a secret plan to win, and that a small county in central Europe could take on every other country in the world and win.   In retrospect, it seems ludicrous.  At the time, a lot of people believed it.

And speaking of Communists, why exactly did Communism fail worldwide?   Because eventually the reality of economics trumps party slogans.   The Soviet Union collapsed from within, not from without, as it basically ran out of money and ideas.   China morphed into the greatest manufacturing country in the world by embracing capitalism and bowing the to realities of economics.  Venezuela is in the throes of chaos, simply because it embraces a failed ideology that cannot work in the real world.  Cuba is only somewhat better off in that they have partially embraced private enterprise.

I have talked about reality before in this blog and have a few mantras about it.   Act Rationally In An Irrational World is one of them.   Whoever perceives reality accurately will succeed in the marketplace.  In fact, the fellow who perceives it the best will end up a billionaire (which is why Donald Trump isn't one and why he has to whore himself on reality television shows).  If you want to succeed in life, you have to live in reality.

If you want to live in an emotionally-based fantasy world, you will fail.  It may take a month, a year, or even a decade for it all to come crashing down.   And the longer reality is denied, the greater the consequences.  Like a rubber-band being pulled tighter and tighter, the harder you pull, the more it will snap back when let go (or when it breaks).

So why do people engage in beliefs like this, even when they may know, deep-down, that they may be false?  The simple answer is that it's fun.  Indulging in weak thinking is lots of fun.   After all nothing you've ever done is wrong, but rather the fault of someone else - the opposing political party, immigrants, China, the "big corporations" or Wall Street, or whatever.

And it is a game anyone can play - right or left - and sadly enough, they do, a lot.   Some forms of weak thinking are just amusing pastimes - at least they seem to be.  Conspiracy theories are fun and all, but they fill the victim (and they are victims) with a sense of dread about life, their country, and their government.   If you really think the moon landing was faked and that 9-11 was an "inside job" your life must be depressing as hell.   How can anyone be happy when they believe there are dark sinister plots around every corner?

Right there is another reason people engage in weak thinking - depression.   If you are depressed, it is easy to think that everything and everyone is rotten and no good, so why not just wallow in self-pity and not even bother trying?  Everyone does it, on occasion.  Conspiracy theorists do it for a living.

For some of these folks, the rubber band will never snap back, per se.   They will never live in reality, but instead in a paranoid fantasy world.   And you've seen how people like that live - in the margins.   And often they get into legal trouble, which fuels their paranoid theories.

The snap-back of truth for Trump supporters appears to be happening already.   His most emotional and off-the-wall arguments and campaign promises are already being dampened or even revoked.   Hillary isn't going to jail, or at least not on the orders of a Special Prosecutor appointed by Donald Trump.   The wall probably won't be built, or if it is, it will be an ineffectual fence of some sort.    Huge import tariffs don't seem likely to get by Congress.  And Obamacare won't be repealed but replaced with something that looks suspiciously like it.

The Trump faithful are already in denial.  "He's just biding his time," they say, "trying to placate the insiders in Washington.   When they are complacent, well then BAM!  He'll drain the swamp!".

Denial is an awfully powerful force.

Whether they figure this out by the next election remains to be seen.   A lot of the blue-collar vote may see increased wages in any event as unemployment is at an all time low and wages are rising organically.  And as inflation rises, wages will too (or if they don't spending power will be eroded).

But eventually - eventually - they will figure out that a cabinet staffed by right-wing Republicans and billionaire businessmen (real ones) won't be the friend of the working man.   And when that happens, well, the rubber band will snap back and snap back hard.

Maybe Hillary should have sat this one out and let Bernie get burned by Trump - and wait for the 2020 election.