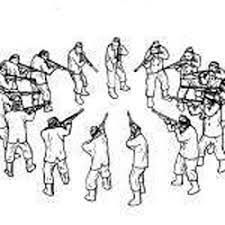 When a party loses a major election, it turns on itself.


When the GOP lost the White House in 2008 and again in 2012, one would have thought that the party would have become more introspective and figure out why it lost.   Candidates like Sarah Palin served only to polarize Americans.  And the angry far-right rhetoric scared a lot of middle-of-the-road voters.   Of course, the economy cratering in 2008 certainly didn't help them any.

One would have thought that the party would figure out what a vast majority of Americans want, and then put up a candidate that would meet that criteria.   Instead, the far-right of the GOP tried to tear down the party.  According to them, the problem wasn't that they were too far to the right but not right enough.   And the first order of business was to force the "RINOs" (Republican In Name Only) out of the party - as if there was some party "membership" form you sign and that membership can be revoked.

(Ironically, the candidate that did win was a former Democrat who paid only lip service to many far-right social issues, and was actually quite liberal on others.   With regard to "core" GOP issues, he is in fact a heretic, favoring protectionism over free trade.  Donald Trump ironically is the ultimate RINO).

Anyone can register as a "member" of a party simply by designating party affiliation when they vote.   Bernie Sanders ran as a Democrat, even though he was a lifelong Socialist/Independent.   There was no "joining" ceremony, application form, or ID card needed to run as a Democrat.   You simply proclaim to be one - or a Republican.

So the idea that you can "force people out" of your party is a bunch of immature, juvenile nonsense.

But that doesn't keep people from thinking this way.   And like clockwork, after the recent Democratic election loss, the far Left is at it, this time.   They argue that the reason Hillary lost wasn't that she was too liberal but that she wasn't liberal enough.

This does not bode well for the next four, or indeed even eight years.

Pundits and prognosticators have started to realize the real reasons Hillary lost the election, and they have less to do with a "rising tide of right-wing extremism" (although that does exist, worldwide) than with a failure of the Democrats to put forth reasonable, middle-of-the-road candidates that are palatable to a large number of people.   There are plenty of other reasons as well - Millennials (boo! hiss!) voting in large numbers for idiotic third party candidates.   And of course, black folks failing to vote at all.  (When in doubt, blame it on black people - everyone does, you know).

Dave Chappelle's monologue on Saturday Night Live illustrated the problem in getting out the black vote.  Without a black candidate on the ticket, many blacks assumed this election was something white people needed to figure out - and that they could sit on the sidelines and the outcome would not affect them.   I think the black community might be in for a rude awakening.


Dave Chappelle is a funny guy, and he put his finger on why blacks didn't come out to vote for Hillary.

With regard to the "rise of the alt-right" I am not sure this was the cause of the election loss or that there really are more racists or fascists in the country - they are just more visible today now that being a fascist is "out of the closet" so to speak.   It is like with gays - they have always been around but today are more visible (and with the way things are going, likely to be less visible in the future!).

What lost the election wasn't the lack of far-left ideology.   Bernie Sanders pandered to that demographic, and frankly, he failed to generate enough momentum or a majority of even Democrats to win.   Sure, you can argue the primaries were "rigged" as Donald Trump did about the general election (he seems to say this less, lately).   And yes, you can point to a poll that shows Bernie beating Trump.   Hillary can point to polls showing her beating Trump.   The only poll that matters is the one on November 8th.

And I think the result would have been the same, only worse, if Bernie was running.   He would not have gotten even as much of the black vote as Hillary did, and more "middle of the road" voters would have either stayed home, voted Libertarian, or voted for Trump.   America is not ready for socialism, and this election was, in a way, a referendum on that.   Obamacare was one key reason that Hillary lost.

A better approach to winning the next Presidential election would be to spend less time in blaming each other and more time in grooming a good candidate for 2020 - a candidate that might appeal across the aisle and across the political spectrum.   We need less extremism and more centrism.   We need unity, not disunity.

As I have noted time and time again, political maturity means accepting the candidate closest to your political views who is most likely to be elected.   Trying to find a candidate who mirrors all of your views is nearly impossible to do, unless you are running for office yourself.

Speaking of unity, however, it is interesting that the present election more than many in the past, has been influenced by outside forces, in particular, Russia.   No one is seriously disputing that Russia has a vested interest in the outcome of the election and plainly rooted for Trump.   The question we should be asking is why?

Throughout history, countries have tried to destabilize or affect the internal affairs of other countries in the international game of chess that is world politics.   To expect otherwise is to be naive.   And of course, we were famous for doing this during the cold war, often in 3rd world countries, where it was not hard, with a little money and influence, to create strife and division and alter the outcome of local politics.

The enemy is not the GOP or the Democratic party.  The enemy is not those who voted Republican or voted Democratic.   The enemy is not the blacks or the Hispanics or the gays.  These are all your friends and neighbors and co-workers and fellow citizens.   And it helps our opponents  in world politics if we are divided internally by political or racial strife.   Divide and conquer is the oldest play in the playbook, and we here in the United States are falling for this oldest of gags.  Demonizing those who don't agree with you isn't going to win elections for anybody.   Persuading them of your point of view, will.

So all this nonsense on both sides - protesting election results or assaulting minorities - only plays into the hands of our world competitors.   It divides us as a nation, which will make us less powerful and eventually, powerless.

And our friends in Europe, who are embracing "separatist" movements of one sort or another should likewise consider whose interests these movements ultimately favor.