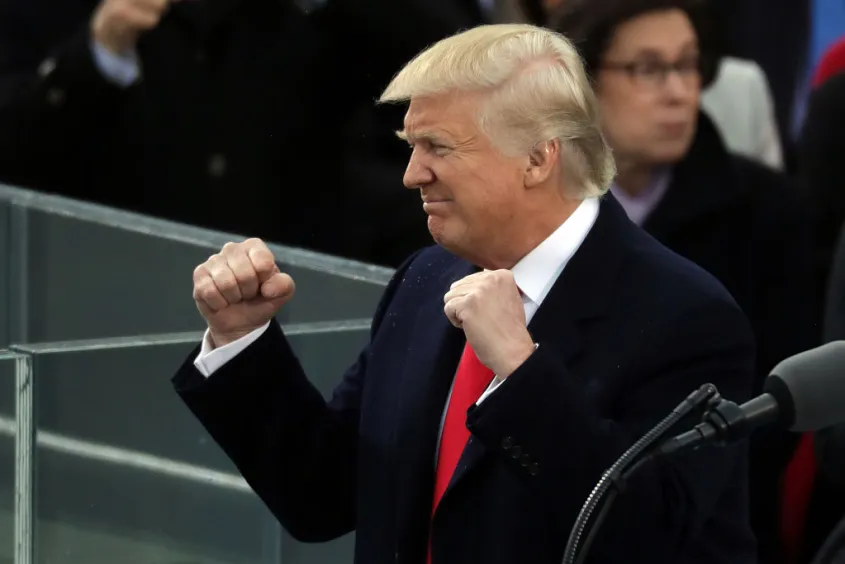 Getting out the vote turns out to be the key.


Last night, during the election returns, a lot of pundits were blathering on about why Hillary lost, and as usual, the television got it all wrong.   They talked about disgruntled uneducated white people being fed up with coastal elites and whatnot.  While those reasons are somewhat useful, they say less about why Hillary actually lost, even though she was leading in the polls.

Bear in mind that in a nation of 330 million people, only about 110 million actually voted.   So a "majority" of Americans did not select Trump, but rather a thin majority of voters did, and that is the key difference.

Democrats simply didn't turn out in sufficient numbers in key States.   Meanwhile, Trump's appeal to the white blue-collar voter was strong and while a minority of the population, they ended up being a slim majority of the electorate.

Hillary had a lot of negatives, but chief among them was that she wasn't black.   Barack Obama got out the black vote twice as people were willing to stand in line for hours to see a black man elected President.   Hillary didn't engender the same level of passion.   Few people professed to being enthusiastic about her, even if they voted for her.

There were few Hillary yard signs, bumper stickers or hats in evidence around the country as the campaign did not make that a priority.   Trump drummed up hard-core support from people who were willing to buy hats, signs, and stickers - which showed a greater passion among his supporters.

The pollsters and news media didn't help any.   The media kept reporting that the race was a lock and that Hillary had tons more money to spend.   So many voters thought, "Hey, she's going to win anyway, so my vote doesn't count.   And she has tons of Wall Street money, so why should I donate?"   As a result, a lot of Democrats didn't vote, or some of them felt comfortable casting "protest" votes as one friend of mine did, even though he was against Trump (It made no difference, she won Virginia anyway).  As with the Brexit vote, a lot of people didn't take it seriously as they thought the deal was already done.

The Supreme Court was the other factor.  The GOP stalled the nomination of Scalia's replacement, invoking the non-existent "Biden Rule" (based on an off-hand comment Joe Biden once made - he makes a lot of those).  This action sets a dangerous precedent which may come back to haunt the GOP - although whether the Senate Democrats can filibuster for two years or more remains to be seen.   "Gavelling in and out" of session is already a new norm - preventing President Obama (and presumably President Trump) from making recess appointments.

The problem is, Hillary pointed out herself that the next President would appoint new Supreme Court justices.   And a lot of Republicans who might have been disgusted with Trump realized this and figured out that who is on the Court may be more important than who is in the White House.   They can tolerate a Pussy-grabber (hey, we were OK with Bill Clinton, right?) for four years, as Congress will rein in his more egregious actions.   Getting the Court to move rightward was the key for them.

The evangelicals overlooked Trumps ungodly moments for this reason.   They wanted a court that would overturn transgender bathroom equality (or whatever) and other social changes that frankly scared them.   As I wrote many years ago, the danger of the gay marriage deal (and why I was against it) was that it would cause a backlash among conservative voters.  And we are seeing this backlash today.

There are a lot of other factors as well.  After eight years in office, people will vote for "change" even if they don't know what change they want and if the change never really happens.  So it is not atypical for a change in parties after eight years of one in power.

The nasty primary fight with Sanders was also a factor.   Sanders not only savaged Clinton, he painted the Democratic party as being beholden to far-left ideologies which scare most mainstream voters.   Sanders really never stood for anything, other than a pie-in-the-sky socialist agenda.   But he managed to make a lot of younger voters angry with Hillary, and I suspect a lot of them either didn't vote or protest voted.

And as a result, third-party candidates once again made a difference.   In a number of battlegound States such as Florida, Clinton lost by a percentage point or two.   Third party candidates often garnered more than that in "protest votes" which would have turned the tide for Clinton.   The two third-party candidates were, as usual a joke.   One didn't know "what an Aleppo is" and the other pandered to anti-vaxxers and the rest of the flat-earth society.  Of course, it is impossible to say who these candidates siphoned votes from.  Like I said, a friend of mine voted "Libertarian" because he is an idiot and he felt that while he hated Trump, he should "send a message to crooked Hillary".   I think in reality he secretly liked Trump.

But the idea that unemployed steel or auto workers "want their jobs back" isn't really the key issue.   Those folks were laid off decades ago and are now retired or dead.   The new generation of blue-collar workers never even experienced the heyday of union membership, so they never "lost" anything to begin with.   I think this group also was more aligned with social issues - the creeping "Political Correctness" that is so often reported (and exaggerated) in the press.

And that brings us to the ugly part.   Like my protest-voting friend, I think there were a lot of people out there, particularly men, who secretly loved to hear Trump say outrageous things.    Yes, there are a lot of (insecure) guys who like to talk about "grabbing pussy" as locker-room talk.   Maybe even your husband.   When men get together, they act like boys - and often get into trouble as a result.   But a lot more people are closeted racists as well.   Not that they have Klan robes in their closets, but they will use the N-word when no black people are around and they harbor racist notions.
I have a relative who voted for Hillary and is ostensible "liberal" but will cough up every ugly stereotype about blacks and Hispanics.   And oddly enough he lives in an all-white enclave in an all-white State.  Maybe not oddly enough.   There is a lot of ugly out there, and the Democrats maybe pushed things too far with gender-bending bathroom equality and other issues which are really trivial in the greater scheme of things and serve to do little more than piss off your opponents.

The Democrats, if they are smart (and alas, they rarely are) should start grooming a candidate for 2020 right away.  They need to find a popular candidate with as little baggage as possible.  And they need to avoid a nasty primary fight as they did this time around.

Sadly, though, it seems politicians are not the smartest people in the room - and in fact rarely are.   And in that regard, we will see that Donald Trump is pretty much a typical politician when it is all said and done.
Newer Post Older Post Home