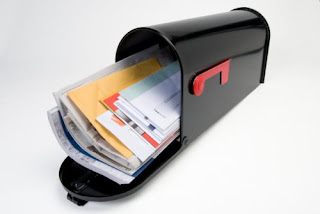 How can I time the market?

Two e-mails from readers ask two different questions which are really the same question:  How can I time the market?

The first, from a reader in Canada, asks whether there will be a housing bubble in Toronto and whether it is a good time to buy or not.  I have had the same question (and detailed discussion) with a reader in Vancouver, where prices are even more dramatic.

Another reader writes that her retired father has all his investments in bonds as he thinks the market could crash.  Should she do the same thing at age 45?   Is the Trump "Bull" market bound to end up a "bullshit" market and crash?

Both questions ask the same thing - how can I time the market and do I have any insight as to when the market will crash or take off?

If I could answer the second question, I would be the richest man alive, as I could take one dollar and parlay it into billions within a decade.   Sadly, this is not possible, as I don't have a working time machine.  I cannot go back in time and make all those strategic trades and always come out ahead.

Why is this?   Well for starters, it is true we all have inklings that markets will go up or down.   When the market crashed in February 2009, people were talking about it as early as August 2008.   Similarly, we all had inklings that the Real Estate market was overheated in 1989 and really overheated in 2008 - and knew this years in advance.   People have been talking about a real estate market in Canada for years now, but it has yet to pop.   Hey, we all expected Sears to be bankrupt by now, too.   It doesn't mean these things aren't going to happen, they just haven't happened yet.

We all knew the market was headed for the shitter in late 2008, but we didn't know three things:

1.  Exactly when this would happen

2.  How far the market would drop

3.  Which stocks or investments would be affected.

Since none of us had any of this data, most of us just "hung on" to our investments and rode out the storm.  Within a year, our losses from February were wiped out by gains.  Within two years, we were far ahead.  After eight years, well, it has been slow but steady growth.

Now in retrospect, I should have sold all my stocks in September of 2008 or earlier and bought gold and then sold the gold in March of 2009 and bought back the stocks.  I would be twice as wealthy as I am now.

But if the timing is off, well, you're sunk.   In March of 2009 an oldster came to our house for a party and he told me that he sold off all his stocks and bought government bonds "before it went down any further!"

But the problem was, he sold at the bottom of the market and he ended up buying back several months later when the market was almost 100% recovered.  By churning his account, he cut his retirement savings in half.

The reason the second reader's father has most of his investments in bonds (I assume government bonds) is that when you are retired it is a good idea to have your money in "safe" investment, so it doesn't tank like it did in 2008 and leave you penniless and eating cat food.

A rule of thumb that financial planners use is to use your age as a percentage of your "safe" investments.  At age 70, 70% of your investments should be in "safe" harbors such as government bonds or other things that should not go down in value.  At age 45, maybe only 45%, as your time-line is longer and you can "wait out" market disruptions and take advantage of long-term gains.   You can afford risk when you are younger, not so much as you age.

The timing problem is a little different in Real Estate.   When should you buy and when should you walk away from an overheated market?   As I told both my Canadian friends, it is a decision they and they alone have to make, as they are "on the ground" in their markets and can see what is going on firsthand.
The signs of a Real Estate Bubble are not too hard to find.  For me, it is a simple test.   If a house costs $1500 a month to rent and costs $3000 a month to buy, it is probably a better deal to rent, unless there is some sort of enormous tax savings or something.   When the bubble burst in the real estate market in the USA in 2008, it was costing two to four times as much to own a house (with a typical mortgage) than it was to rent it.

I sold out in 2005, mostly because all the properties I had bought had either doubled or tripled in price from where I bought at the bottom of the market in the mid-1990's.  I got scared and sold out.  The market continued on in Zombie mode for three more years, with all the people who had "held out" thinking (correctly) that it was a bubble market, then throwing in the towel and buying, saying, "Gee, I guess I better buy now before I am priced out of the market forever!" - a mantra their Real Estate agent told them.  They got screwed the worst.  There are still people today, nearly a decade later, making payments on underwater mortgages.  It is very sad.

The additional mantras being told in Canada right now are "There have never been bubbles in the Canadian housing market!" (not true) and "Canada is different!" (perhaps true, but not as different as you might think).

Would I buy a house in Vancouver or Toronto right now?   Personally, no.  I think I would rent until the market leveled out.  Owning a home is no special treat or privilege - it is just a thing you own, a complicated thing that requires a lot of maintenance and expensive repairs, that breaks down often.   People get emotionally attached to the idea of "home ownership" particularly if peer pressure is involved ("Suzy has a new town house with granite countertops and stainless steel appliances and a sun nook!  How come we can't have nice things like them?").

This graphic from a reader from an article about (aboot?) Toronto pricing trends sort of blows away the myth that "there have never been bubbles in Toronto Real Estate!"  Note the 1989 bubble, but the lack of a 2008 one.  Canada dodged a bullet then.   Are they due now?  Hard to say.  Click to enlarge

The reader also said that maybe since houses were too expensive they would buy a condo instead.  Ouch.  The problem with condos, as I noted in another posting, is that when the market see-saws from high to low, Condos tend to get hammered the most.   Agents sell them as an alternative to an expensive home - for only 2/3 to 3/4 the money!   But they are less than half the value of a free-standing home and worth less in the long run.

Condos are great, if you buy them cheaply (as I did) and then sell them for a lot of money (as I did with two, and will do with the third, once they tear down the building for high-rises).   Others are less fortunate.  There are some owners in our development who paid over $200,000 for their units a decade ago, and the current market value is $150,000 and the buyout price is not a lot more.  They are not happy about having to sell for less than their mortgage amount.

And the idea that renting is a bad thing is a flawed premise.  After the recession of 2008, rents did go up, although not as much as people like to say (except in places like downtown SF, NYC, etc.).   In response, well - you guessed it - builders started building new apartments (they are going up all over Florida) and the supply of rental properties has increased - meaning rents will stabilize.  The law of supply and demand cannot be denied for too long.

The idea that owning a home is "better" than renting as rents could spiral out of control is just as nonsensical as the "being priced out of the market" buying argument.   If no one can afford to rent or buy, prices will go down.   No one builds "unaffordable" housing.

Bear in mind also that low interest rates may be driving down the monthly costs and driving up prices.   But when happens if rates rise?  Insurance rises?  Condo fees rise?   Taxes rise?  That was the "perfect storm" we had in Florida in 2008, and the result was, prices plummeted.   And if you have to sell your house or condo at that point, too bad for you.   Often the "timing" of a sale is not something of your choosing, due to job changes or life changes.

But the bottom line is, I am not an advice columnist.   If you want to know if you are "approved" go talk to Sooze Orman (but I would take her advice with a grain of salt!).  Similarly, I am not sure I would follow the shouting guy for stock tips - or the dudes in the clown suits.

Diversify your investments.   Do the math.   Think logically, not emotionally.   Act rationally in an irrational world.

If you apply these simple thoughts to complex situations, often the answer pops right out at you.

And then you can make your own decision.