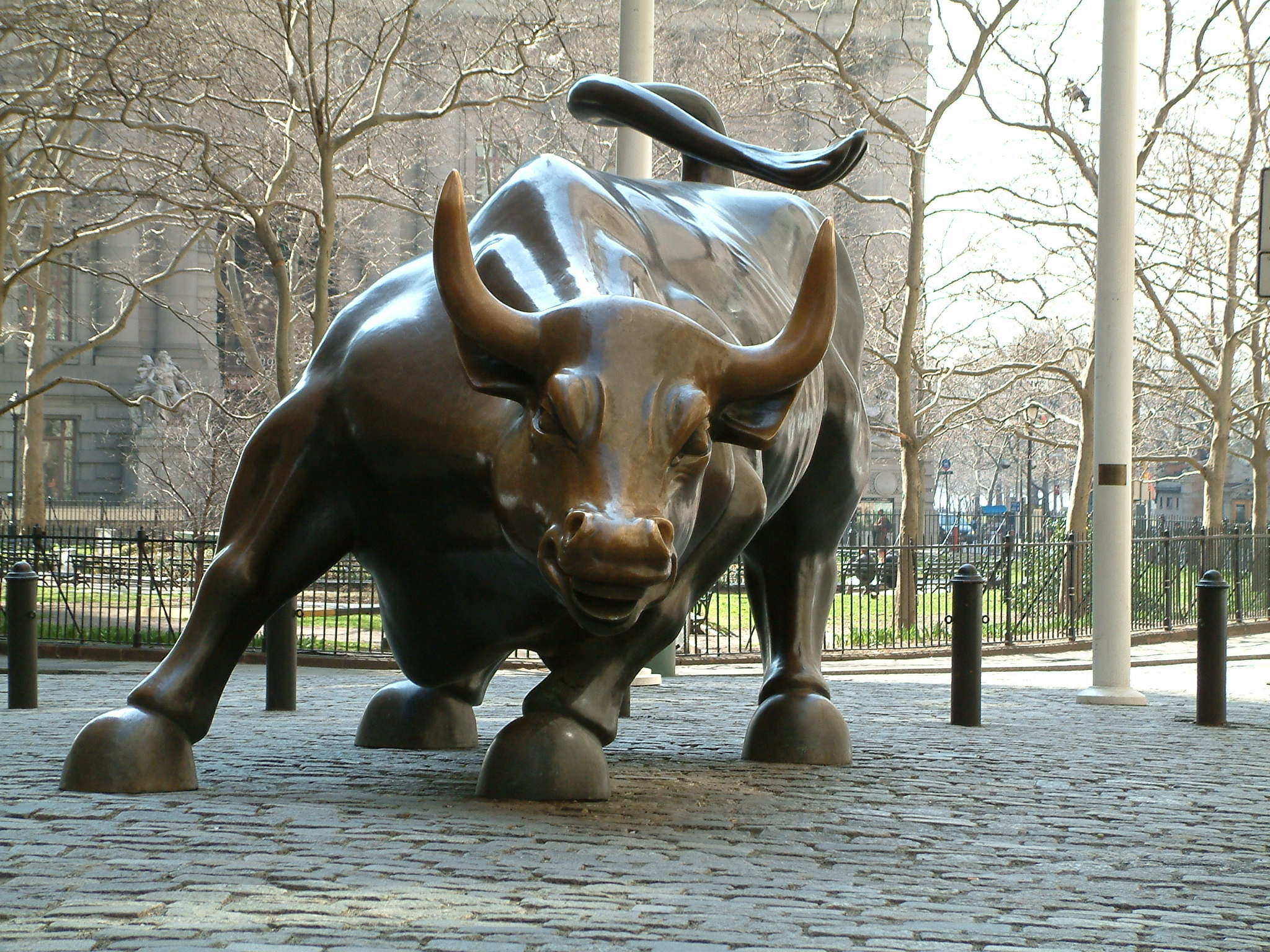 Why is the market bullish on a Trump Presidency instead of Bearish as it was?

During the last weeks of the election campaign, whenever Trump gained traction in the polls, the market panicked and sank.   When it looked like Hillary was winning, well, the market went up.   A lot of folks, including myself, thought that (and still think that) Trump's "economic policies" will be a disaster for America.   Protectionism, isolationism, tariffs and trade wars will only spell disaster for the economy.

But the day after the election, the market went up.   Certain stocks, such as Corrections Corporation of America (which runs controversial private prisons) shot up 60% overnight, which is a scary thing if you think about it (they are primarily in the business of housing illegal immigrants awaiting deportation, it seems).  But overall the market roared ahead, closing at record highs.

Is this a sign of a new Trump economic era?   Or something else?

To begin with, I don't think it is a market endorsement of Trump's protectionist policies.  What the market (and many Republicans) realized was that while Trump says a lot of outrageous things he rarely acts on all of them.   And with Mike Pence in charge of the circus, a lot of conventional right-wing Republicans are being appointed to the cabinet and positions of real power.   This may not bode well for abortion rights, gay marriage, or global warming.   But it also means that the promises to the blue-collar union workers will likely be broken.

What we will see in a Trump Presidency is a lot of bluster and 3AM tweeting - sound and fury signifying nothing.   The real work will be done by Congress and the heads of various government agencies, as well as by appointees to the various courts - appointments that have been stalled through much of the Obama era (in addition to one glaring Supreme Court nomination).

Environmental regulations will be relaxed.   Labor regulations will be relaxed.  All this talk of increasing the minimum wage to $15 an hour will evaporate.  Subsidies for solar and wind power will go away.   Companies will be given more of a free hand to do business with less concern about regulations and labor trouble.  It will be harder to collect various forms of welfare or assistance, forcing people to take jobs at wages they might have previously rejected.   Health insurance costs for companies will decline as they will be able to drop coverage to go to high-deductible plans.   This won't necessarily be good for society as a whole, but it may help improve profitability of businesses.

But of course, after eight years of continual growth, the economy may already have been poised for a rapid expansion.   Unemployment is at record lows as is inflation and interest rates.  Wages are climbing, so people have more money to spend - but wages are still relatively low and attractive for employers.   It is a good time to borrow money to expand a business.   And maybe, this surge in stock prices is merely a reflection of that, as well as the removal of uncertainty from the equation.

The market doesn't like uncertainty.   If you are selling stocks in a solar power company or an electric car company (or both, sorry Mr. Musk!) you may find investors jittery if the subsidies that keep these companies afloat are in question.   If you have certainty that the regulatory environment and the market will be stable for 5-10 years, you may feel more comfortable investing.

And with the election over, investors may feel that now we have certainty - no matter which way the election went.   Maybe Trump isn't the certainty they wanted, but at least we have a road-map of where things are going.   And despite all the bizarre rhetoric of the campaign, he appears to be acting like a traditional Republican - not even in office yet, and repudiating most of his campaign promises.

There is also another factor as well.  The Dow has been closing with "record highs" for several years now.  Bear in mind that if the DJIA is up even a point over its last known high, that is a "new record high" but not really a significant indicator of a major gain in the market.

But leaves the question - which way is the market going and can anyone profit from this?   If you had a crystal ball or a time machine, you could have doubled your money overnight by investing in private prison stocks.   But you would have to know in advance that Trump would win, and to do that, you'd need that time machine, or be willing to gamble.   And gambling isn't investing.

Are we headed for the kind of economy that George W. Bush stuck us with?   You may recall the Bush era, when the President went on television and told us that consuming as much as possible was a patriotic duty and would help fight terrorism.   Lending rules were relaxed and everyone suddenly found gold in their home equity - and promptly went out and spent it.  The economy roared ahead - fueled by borrowed money.   Now Trump tells us he wants to borrow even more.

Inflation is due to increase, and the Fed is already hinting at higher interest rates.   We could be in the same situation we were in with the go-go 2000's where people sign up for variable-rate loans, only to see the rates go up over time and the loans "reset".   With the abolition of the consumer protection agency, a lot of people may end up being presented with poor choices - and taking them.

The problem with timing markets, though, it that it is hard to know when they will peak and valley.   If you saw the movie The Big Short you saw how some folks tried to profit from the collapsing mortgage market.   I made a lot of money when the housing market peaked, by selling out before it collapsed.   However, I sold out in 2005, not 2007, and thus left even more money lying on the table (literally half-again as much, if not double).   Timing is everything.

It is like when the stock market collapsed in early 2009.   We all saw this coming - all the news channels and financial channels said the same thing - hang on to your stocks, they will go up in value again.  And they did, recovering most of their value within a year, and exceeding their value within two.   But instead of the crazy double-digit growth of the 2000's, we saw slow incremental gains throughout the Obama era.   And most of us, including me, were happy with that, as opposed to the roller-coaster of the Bush era.

But figuring out when to buy and sell based on these trends is difficult.   For example, the guy in The Big Short could have lost it all if he missed the timing of the market collapse.   If the market kept going up another year, his "short" position may have backfired.   Making money on shorting is not as easy as it looks.  Timing the market is very, very hard to do.

So, while it is tempting to think that everything is going great, it is entirely possible we are on the brink of a new economic collapse - or that deficit spending, more government borrowing, and huge tax cuts will do the same thing they did in the 2000's - cause the market to soar, and then collapse.