Should You Build a Spec House? Probably Not. 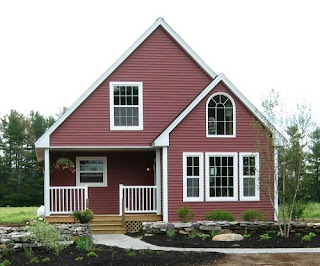 Building a house "on spec" can be a very risky venture.   There are other, less-risky ways to invest in Real Estate.


I recently found a "draft" posting on blogger where a reader asked about partnerships.  The reader referenced a "Mr. Money Mustache" article which I found informative.  He built two "spec houses" with a partner and lost his shirt, partly due to the partner, but mostly because the market tanked in 2008 and they timed the market wrong.

We all want to paint ourselves as financial geniuses, when in reality, some of us just get lucky or just not step in the dogshit more often than others.  And I thought his posting was refreshing in that (a) he admitted stepping into a huge pile of dogshit (about $200,000 plus worth) and (b) he learned from the experience and moved on in life.

But it got me thinking, of all the mistakes he made (besides taking on a partner), the biggest one was to try, as an individual, to build a "Spec House".

What is a "Spec House" and why should you never, ever get involved in building one?   A Spec house is not a house built to specifications, but built on speculation - that someone will buy it.   In  a "hot" real estate market, you can build it and they will come.   In a normal market, you generally don't build houses unless someone orders one.

Why is building a "Spec House" a bad idea for an individual even in a hot market?   Well, for a lot less money and effort invested, I ended up making over a million dollars buying existing real estate at far, far less risk, while Mr. Mustache lost $200 grand working his ass off and risking everything he owned (and losing a lot in the process).

The problems with the spec house are numerous.  First of all, you are competing with seasoned home builders who are building dozens or even hundreds of houses at a time.   They have longstanding relationships with subcontractors, understand how much something is supposed to cost, and also have the staff and connections to make paperwork a breeze.  They buy 100 refrigerators at a time and get better prices on everything that you do.   They can make far more money than you can, as an individual building one or two houses.

Mark worked for one such builder, who built 50 townhomes.  Early on the project, the builder needed to raise cash to make a construction loan payment and offered us one of the townhomes for $180,000 if we could close in 15 days.   It would have been a good deal - a positive-cash-flow rental - but with over $1M in mortgage debt already, I was too scared.   And we could have flipped that house a year later for over $400,000.    I walked away as I thought it was too risky.

The point is, buying the completed home was a far less risky investment than building it.   The builder went on to make good money after that as the market took off and he sold the last unit before the crash.   But he was an experienced builder.  This is not to say all builders avoided that crash - the guy we sold our house to dilly-dallied for over a year before tearing it down and went bankrupt when the market crashed.

But for a solo individual, the costs involved in building a Spec House are far larger than for a big builder - and as result, your profit margins are lot less.  My brother-in-law built such a house - a two-story modular home with garage.   He spent quite a bit of money developing the lot, laying a foundation, having utilities run, a new driveway installed, and so forth.  Then the modules had to be delivered, assembled, and the interior finished.   And like Mr. Mustache, he finished it right as the market went flat, and sold it for about what he invested in it.

He has made a lot of money in Real Estate - before and since his spec house disaster.  And all of it was by buying existing homes and fixing them up or renting them.   The spec house - his only spec house - was a nightmare from the get-go.

My experience in Real Estate was much more cautious and less risky.   In addition to our primary residence, our first purchase was my office building.  It was a "no brainer" investment and a "nothing down" deal.   I was paying more in office rent at the time than the mortgage payment on the building.   Even then, I made calculation after calculation to make sure I could afford it.  I was -and am - risk-averse.   It turned out to be a good deal, paying $210,000 for the building and after using it for my own practice and renting it out for a decade (at a positive cash-flow) selling it for $680,000.

In the interim, we refinanced the place and using "cash out" bought a foreclosure duplex that needed some TLC but not any major work that would require building permits or hiring contractors.   We fixed the place up and rented it out, again for almost a decade, before selling it for three times the purchase price.

Now granted, our spectacular results were in part due to timing of the market.  We bought at a time when prices were low because the market was still recovering from the crash of 1989.  And one reason I was so risk-averse was because of that crash and its memory to me.

But even assuming that the market didn't go crazy in the 2000's, we still would have been OK.   Since each property had a positive cash-flow, we could have held on to them and made a nice profit each year and had a normal appreciation over time.   Thus, the risk we were subjecting ourselves to was very minimal.  The properties were always worth more than the mortgage balances (even if the market had crashed) and the rental income serviced the debts on the properties.   No risk whatsoever, really.

With a Spec House, on the other hand, you have to get a construction loan, which may have a pretty high interest rate.  You then have to ride herd on your contractors and make sure everything is done right and done at the right price.   And there are always fiascos - usually on a Friday evening - and cost overruns as a result.  You have a lot riding on getting it done right and fast and finding a buyer - who may or may not materialize.   There is no "easy money" in spec building, just ulcers.

Building a new house in general is a difficult proposition.  In normal markets, often a new house is worth less than the construction costs as individual home builders don't have the economies of scale of a professional home builder.  And like I said, with a new house, you have to put in everything from lawn to driveway to landscaping and water and septic and so forth - it all adds up to a lot of money and a lot of risk.

Mr. Mustache didn't say what he made on each house, but he sold one for $650,000 as I recall and the second sold for $450,000 at fire-sale prices which resulted in him losing all $200,000 he invested in the business.   Even if they sold both houses for $650,000, it seems to me that for the large amount of up-front cash invested, the return was not all that great, particularly given the amount of work and stress involved.

In other words, he would have been better off buying a rental property in Boulder (which his partner wisely did) and then renting it out at a small profit and then keeping it for a few years as a long-term investment.  With a few of those (and $200,000 pays the down payment on quite a few rental properties!) one could have quite a money-making machine over time - with hard work and careful attention to the bottom line.

Building a spec house is like buying-and-flipping - it is hard to make money on the margins of construction or remodeling, for the simple reason that you and I have to pay retail prices for the work and materials, while professionals pay wholesale.

This is not to say you should "invest" in Real Estate at all - at least not without doing the math.   One reason a lot of people lost their shirts in 2008 is that they bought properties and didn't even add up the monthly costs to see if the purchase was rational..  One friend of mine bought a condo in the same development as I did, paying over $100,000 for the same condo I paid $38,000 for.   He let it sit un-rented for six months.  "Oh, I'll get around to renting it, eventually" he said.  He was banking on "flipping" it for twice as much, which he may have been able to get away with, had he timed the market better.  As it was, he ended up going back to bankruptcy court for the third time in his life.

I was appalled at his attitude - and that of many of my peers.  Sure, I have regrets at not buying six more of those condos for $38,000 when I had the chance.   Or buying my neighbor's house when they let it go for the obscenely low price of $170,000.  Or that townhouse the builder offered us for $180,000.   Thanks to my time machine (which goes in one direction only - forward) I can see those were all good deals, retrospect.

But better to be conservative and make a little money over a longer period of time than to be aggressive and lose it all.

Investing in Real Estate isn't for everyone.  But I would suggest that it is a far less risky investment to buy an existing house than to build one.   Leave the spec houses to the speculators!