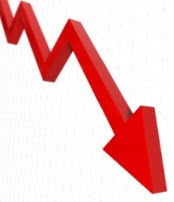 Dow futures were down over 500 points overnight.   Is the market going to crash as a result of the Trump election?  Maybe not.

One thing that worried me last night was the effect the Trump Presidency would have on my personal financial situation.   Would my portfolio, which I have to live on for the rest of my life tank overnight?   A 5% drop looked certain, as the media reported that Dow futures were way, way down.

I also realized I needed to sell some stock to pay some bills, and kicked myself for not doing it sooner.  So I logged onto my Merrill account and saw..... that my stocks had actually gone up.  Using their "net worth" calculator, I found my net worth was up $7000.

What is going on?

I sold the stocks I wanted to sell, and actually yielded more money that I would have had I sold them the day before the election.   Timing the market is for fools.

But the reason why, I think, my portfolio is UP and not DOWN is that I don't own a lot of fancy investments or trendy stocks, particularly tech stocks.   Most of that I have are dividend-paying stocks that are doing pretty well.  Even if the prices fluctuate, they crank out dividends like clockwork.

And a funny thing, the DJIA actually didn't tank as predicted by the futures market.   Why was this?

Well, I think when it is all said and done, while we might have an embarrassing clown in the White House (Which Republicans will claim we had for the last eight years) the political landscape really hasn't changed all that much.  The dreaded trade wars that Trump promises have little prospect of actually occurring, at least now while traditional Republicans control the House and Senate.

It doesn't pay to panic.  Fear is not an emotion to be trusted.   We endured the meltdown of 2008, we can endure four years of an orange President.