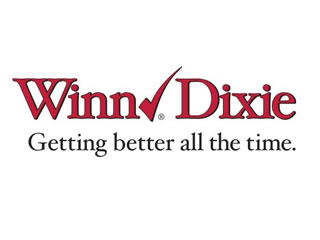 Winn Dixie is being bought by Bi-Lo.  Is this a good deal for shareholders?
I noted in an earlier posting that Winn-Dixie has really spiffed up their stores and improved product, price and profitability.  Bi-Lo has made an offer to buy the company, for $9.50 a share, cash.  Since I paid about $7 a share, I guess I can't complain.  But what is going on behind this deal?
Winn-Dixie, in retrospect, appears to have been grooming the company for such a buyout.  And this is not necessarily a bad thing.  They took a money-losing chain that was fresh from Bankruptcy, and spun off or closed down the manufacturing end (they actually made their own soda-pop) and then took that money to refresh the stores.  The result was an improved chain that didn't look like a place refugees from Wal-Mart might shop.
Bi-Lo, in offering $9.50 a share might be getting a bargain.  And some shareholders are not happy and have filed suit to block the sale.   These were likely the people who paid nearly $10 a share back in July.  The price has since dropped a bit.
But is Bi-Lo getting a steal on the company?  Perhaps.  Oddly, the Board signed an agreement that they would forfeit $19.6 Million if the deal didn't go through, effectively preventing them from shopping the chain to other companies or considering other offers.
On the other hand, perhaps there are no other offers, and the shareholder filing suit is just hoping to make a quick kill, get some cash and then walk away.  To make the deal go away, Bi-Lo and/or Winn-Dixie will pay off such shareholder suits, as they throw a wrench in the works.   In fact, strategically, when a buyout or takeover is in the works is a good time to file a lawsuit.  Got a Patent case?  Bring it the eve of a takeover.   They will pay you to go away, no questions asked.
And who wins?  The Lawyers, of course.  For both sides.
I am not sure that Bi-Lo is underpaying for Winn Dixie.  The market price of the stock has hovered around $6-7 a share for the last year or so, peaking briefly in July of 2011at nearly $10 a share.   The company emerged from bankruptcy in 2006 and the share price was as high as $30 a share at one time.  Folks who paid $30 a share no doubt are really pissed.
But then the market crash of February 2009 occurred (OMG!  We have a Black President!  Sell it All!) and the Bush recession took hold.  The stock went down and pretty much stayed down.
These sorts of deals illustrate, however, how you, as a small investor, really have little or no voice in what goes on in these sorts of deals.   As a minority shareholder of a fractional percentage of the company, you don't really get to say what happens, and even your proxy vote is pretty meaningless.  Shareholder derivative suits are one way shareholders can seek justice, but like class-action lawsuits, they generally don't result in much satisfaction for the class member, but a new Yacht for the lawyer who brings the suit.
Buying individual stocks is buying a pig-in-a-poke.  You really have no idea what the Board of Directors is up to, or what the overall management plan is, or what their finances are really like.  Annual reports and balance sheets, which are supposed to communicate this information are largely incomprehensible to even accountants and experts.  After all, Enron was showing a healthy balance sheet right up toward the end.
In this case, since I bought the stock for $7 a share, I made about 35.7% rate of return since April of this year, or an annualized rate of return of 53.55%.  I have no complaints here and will not likely join the shareholder suit.
But in this case, I got lucky.  And you should never confuse luck with brilliance.
Newer Post Older Post Home