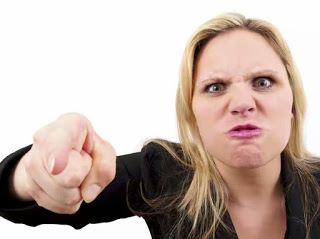 
I started writing this blog two years ago in an effort to understand my own financial behavior over the years, as well as how our financial system is structured.  I never expected anyone to actually read it.  But over the last two years, I have learned a lot - often painfully hard lessons.  And a few hardy souls have actually read my ramblings.

Some of my postings - most of them, in fact - may come across as mean-spirited or hard-hearted.  I am sorry for that, as it is not my intention to hurt anyone's feelings.  But if I say you are an idiot for leasing a car, and you have a leased car in your driveway, well, what should I say?  Should I say you are a nice idiot?  Or should I qualify things and waffle, and say, "well, maybe leasing isn't so bad after all!" and end up like Sooze Orman - just telling you what you want to hear and validating your bad choices?

And in the examples I use, if you self-identify with the hypothetical, am I really being mean, or are you merely projecting your own life into the fact scenario?  I can't help it if I say that Joe Blow is a fool for getting a payday loan, and you happen to think you are a lot like Joe Blow.

I would like to be "nice" - but going down that road only serves to take the edges off of ideas until they are watered down into bland platitudes.  Pretty soon, saying things like "Frequent Flyer Miles SUCK!" turns into, "Well, I guess they aren't all THAT bad, if you get lucky and all."

Pretty soon, you aren't saying anything at all - just mumbling to yourself and hoping not to offend anyone.

Me, on the other hand, would think that they should be screaming into the microphone what a horribly lousy rotten deal these things are, how they target the poor and minorities, and how the scumbags who offer these deals should be tarred and feathered and run out of town on a rail.  But instead, the radio drones on about "unattractive interest rates" of 35% or more.

Where is the outrage?   They are screwing the poor and they act nonplussed.

That is the problem with our society.  No one wants to say anything out loud anymore, for fear of offending.  Whether it is political correctness, fear of lawsuits, or fear of making enemies - everyone holds back and says nothing.  We avoid discussing politics with anyone, because no one can have a civil discussion anymore.  So we say nothing - or worse, remain quiet when some crackpot drones on, at a cocktail party about how Obama is a Socialist or how Bush is plotting to take over America.

The noisy people - the advertisers blaring their bad-deals on the TeeVee at twice the volume of the programming.   The shouting guy on the investment channel, telling you to BUY and SELL stocks, when in fact, his picks are worse than a monkey with a dartboard.  The political hacks who scream in attack ads about what a rotten guy the other fellow is, as if his moral character were the only credential to office, and his political views secondary, if that.

And the screamers say all sorts of outlandish things - they make claims about financial instruments in their ads that just aren't true.  They make claims in their political ads that are easily debunked as lies.

But we don't even have the balls to call them lies because the legal department said that would be slander.  No, instead we say they are "inaccurate" or "not entirely true" which already takes the edge off what was once a sharp blade.  The lie still stands, slightly tarnished, but not discredited.

And while we hate people for being mean, we often despise folks for being too nice.  No one likes the fellow who tries to mediate and make kissy-face between opposing parties.  No one heaps accolades on the fellow who is wishy-washy and waters down his own vitriol until it is utterly lacking in strength and power.

If anyone reads this blog, I think it is because I don't hold back.  I don't say, "Well, maybe both sides have a  point.  Let's all get along!"  Because there is nothing to be learned there, I think.  There is no value in wishy-washy platitudes.

So if I say that leasing a car is idiotic, and only a fool would go for a high-interest rate "rewards" card, I really mean it.  And if that offends you, well, too bad.  These bad financial deals hurt people, day in and day out, and it is irresponsible to argue that "sometimes" they make sense - not when there are other deals out there that "all the time" make sense, anyway.

But the industries that thrive off your financial weaknesses surely would like to!