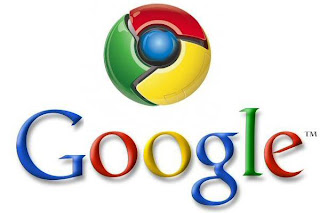 Google Chrome has some interesting features, and Google's suite of web applications is pretty interesting.
I am backing up my hard drive, as it is acting up again.  I have six computers, so instead of doing "backups" I merely copy all my important files to the hard drives of all six, plus a portable hard drive.  It is hextuple redundancy, and it means I generally don't lose data, unless I want to.

Cloud computing, of course, is supposedly the wave of the future.   With a robust internet connection, in theory you could run applications from servers on the Internet and even store data there.   It is an idea that has been bandied about for decades.  Back in the day, we called it "thin client" and it never seemed to go anywhere then.

I think people like to have control over their own data and not be reliant on an Internet connection to be able to use their computer.

But cloud computing does have some advantages - and running TurboTax, for example, online, is far better than trying to run in on a program on your computer.  The data is stored in their servers, and the program runs as an HTML website, so you can access your data anywhere.

I have been a Google "customer" (not sure if that terms if applicable, as I have not sent them any money) for a few years now.  I use gmail, blogger, google sites (for my web site), picasa web (for photos) and of course, their search engine.  I have not tried Google+, their social networking site - but as you can see, they have their hands in a lot of thing these days.  Similarly, since I think smart phones are dumb (or at least smarter than their owners) I do not have a Google Android product.   Google has a primitive shareware Operating System - Chrome O/S - although no one really seems to be using it quite yet, at least outside the netbook arena.   They also have something called "Google Docs" which basically allows you to have a virtual hard drive on the Internet.

You can upload documents one at a time, or if you are using the Chrome browser, folder at a time.  The process is slow, but if you run it as a background job, you can do other things.  You can also save documents that arrive attached to e-mails, display them in Google Documents, and even create new documents in Google Docs, using a primitive word processor.

Google Docs will display Word documents and PDF files.  I have occasionally noticed artifacts in the latter, as the site "converts" the document to their own proprietary format before displaying.  However, you can save documents there in any format you choose.

In order to use the folder upload feature, I had to run Google Chrome.  I have always been a Firefox kind of person, but I tried Chrome, and it seems to run a bit faster and is a little less cluttered than Firefox.

Note then when uploading documents, be sure to UNCHECK the "convert to Google Documents format" box, otherwise your documents will be converted from their native formats.

If you are looking to store some files, give Google Docs a try.  The price (free) is pretty good.  And you never know - those six hard drives could all crash at once!

There are, of course, some caveats.

For example, Netflix may have trouble running on some machines using Google Chrome.  Why?  Because Netflix chose Microsoft Silverlight as the plug-in to run its video.  And for some funny reason, Silverlight runs best on Internet Explorer, but not as well on non-Microsoft products.  A little Corporate Hegemony?  Perhaps.

It seems that these companies want us to pledge loyalty to their own brands and suites of products, which is one reason why I am a little nervous about using so many Google products.  But they are free and easy to use, which makes them compelling.   I just wish they'd stop "upgrading" so many of these products all the time.  "Click here for our NEW version of e-mail, where the background is in annoying shades of pastels, we've hidden all the controls from you, and everything is grouped into Twitter-like "conversations"!!

No, I'll keep the old view, thanks.

And all you Apple people out there, well, your company is rapidly becoming the worst of them.  Apple used to be the "alternative" company that wasn't involved in the monopoly practices of Microsoft.  Now we discover that they really wanted to all the time, but just didn't have the product popularity.    Apple, like Microsoft, wants you to remain all-Apple, and once you sign on to their sealed-box, closed architecture philosophy, they sort of have you.  Want your computer fixed?  Better call an Apple "Genius" at $400 an hour.  Want to replace the battery in your iPod?  Ship it back to the factory and pay more to fix it than you paid to buy it.

And with nearly $50 Billion in the bank (literally in low-yield treasury funds) Apple is embarrassingly rich - yet they rely on well-publicized sweatshop labor in China to built all those nice toys you like to play with.  While once the company of the politically correct, Apple has morphed into the cold, heartless, and ruthless IBM of yesteryear.  "Don't be evil" doesn't carry much currency there, apparently.

So it is interesting, to me anyway, that a fight is taking place on our desktop.  A fight for the "hearts and minds" of the general public, to win us over to an operating system, a suite of software, products, a philosophy, whatever.  And these little games of product incompatibility are being played out - intentionally, I believe - to get us to remain "loyal" to one provider or another.

They want you to have their computer, operating system, phone, music player, game station, search engine, word processor, blogsite, e-mail account, website hosting, social networking site - just about everything, it seems.  And you sort of get tired of it all, after a while.

But what about Mozilla?  What about it?  Shareware is an interesting option, but in my experience, it tends to be a big buggy at times.  I use a lot of shareware products - from OpenOffice (to open those annoying DOCX documents) to Spybot, to Malwarebytes, to CutePDF, to Firefox.  They work pretty well, although Firefox seems to be annoying in how you configure it, and the more I use it, the less and less enamored of it I get.

I am not a "fan" of Google, like some people are "fans" of Apple,  Being a fan of a major corporation or its products is stupid.  As I noted before, while you may wear a hat that says "Chevy" on it, the people at GM don't wear hats that say "Bubba" on them.  You may be a fan of a company, but trust me, they are not fans of YOU.

But it does seem like Google has a lot of free and easy-to-use products - software products - that make my life easier.  Apple wants to tie us to particular hardware, which is a strategy that has backfired in the past.  Bill Gates taught us that computers were commodities, and the software was where the money was at.  In the early days of computing, getting software and hardware from one place meant that you had a robust and compatible system that worked well.  And in the early days, Apple sold a lot of computers.  But the open architecture of the PC dominated over time, due to lower costs.  I wonder if the same will hold true for Apple and the iPhone and iPad - that an open architecture phone, running software such Android or Windows Phone, will dominate over time.  It will matter less which phone you buy, as to what operating system run on or what network.

If so, Apple better hang on to that $50 Billion it has in the bank.

And that is the rub for Apple.  With nearly 1/4 of its stock price represented by cash-on-hand, the company is ripe for a buyout or takeover.  Shareholders are pushing for a stock buy-back, dividends, or some form of payback to the owners.  Some are saying the stock price could go as high as $700 a share (from today's $400 range).  Such talk is never a good sign - just as talk of Gold going to $5000 a share is bad - it usually means you need to get out.

Many analysts point out that Google has the largest share of the smartphone market.  And many folks think that as RIM (Blackberry) fades from view, Microsoft will gobble up the other portion.  There could be a scenario where Apple could go from HOT to NOT nearly overnight - losing its share of the smartphone market, which basically is propping up the company right now (despite the popularity of the iPhone and iPad, the Mac remains a niche product).

Sounds far-fetched?  Well, being old, I remember the last time Apple was the big player - in 1980 or so - in the Personal Computer market.  Before there was the IBM-PC, there was the Apple - and a host of no-name or wanna-be CP/M based-machines.  Apple had the market sewn up, so it seemed, until IBM introduced its PC, with "IBM-DOS" from a little-known company in Redmond, Washington.

Within a few years, Apple went from top of the market, to struggling.  While trading at nearly $8 a share in 1983, it dropped to less than $2 in 1985.  Granted, if you had kept that stock  for 25 more years, you would be very rich.  But investors back then were looking at a major loss - 3/4 of their share value wiped out, as the market for the Apple II declined and the Macintosh computer showed itself early on not to be a serious or cost-effective machine for business use.

So not only could the same thing happen today, it is in fact, likely to.  People are platform agnostic, as evidenced by the popularity of the Android O/S (nearly twice the market share of Apple).  Yet, no one proudly whips out their Android phone and says "check this out" - the way they do with an iPhone.  Then again, no one was "proud" of their PC the way Mac fanatics were of their machines, back in the 1980's.  Who won that battle?
Newer Post Older Post Home