Empowerment - Why Wealth Is All In Your Head 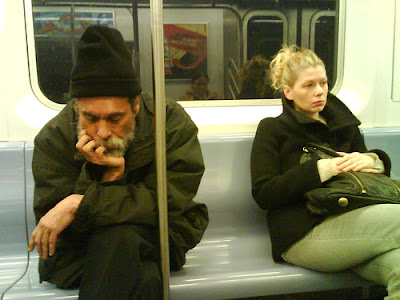 1.  Attitude - You have to have a desire to want to improve your life, to get ahead, to be financially independent.
2.  Avoiding the teen pregnancy trap - when you knock up some girl (or get knocked up yourself) at an early age and then quit school to support the baby, it basically shoots down your career for at least 20 years.  You are fiscally behind the 8-ball and will be playing catch-up the rest of your life.
3.  Avoiding the drug/alcohol trap - You can't get ahead if you just want to get shitfaced and stoned all day.   People like to say they are "functional" alcoholics or drug users, but the truth is, you can't succeed when you are stoned all the time - ambition is the first thing sacrificed on the altar of the almighty ganja.
4  Avoiding the mental illness and depression trap - Granted, this is not something you always have a choice about, but the drugs and alcohol often feed this.  If you are depressed and feel worthless, chances are you are not going to succeed.  And similarly, merely having delusions of grandeur is not the same as having a plan to succeed.
5.  Moving Away - If there are no job opportunities in the Ghetto, or in Rural Maine, or in the Coal-Mining Regions of West (by God) Virginia, then move to where there are some.   This very simple concept eludes about 90% of the population, who, for some reason feels the need to stay on the same acre that their mother spit them out on, a couple of decades earlier.  Move.  It is often your best bet.