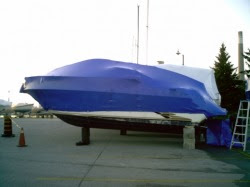 People often overvalue things they want to sell.   As a result, they don't sell.


I wrote before about how people put obscene prices on things and then wonder why they don't sell.  The neighbor's boat, for sale for a fourth year now,  at 50% over book value.  No takers - I wonder why.  Or the fellow with the four-cylinder Firebird, convinced it is a "rare collectable" and worth more than a new Camry - for sale for three years, now.  Or take the perpetual "for sale" house that is undistinguished, but has an asking price 30% above the neighbor's house.

The list goes on and one - people suck at selling things, mostly because they overprice them.  They think their worn out crap is priceless - even though they would not pay much for it themselves.

And now there is some scientific data backing this up.   A Yale professor ran a study, using students and ordinary everyday items, and discovered that in most cases, the people surveyed would put different prices on these items based on what they would pay, versus what other people would pay.  And the ratio is startlingly consistent - about 1.4:1.  People consistently overprice items by about 40%

A student opines that he would pay $4 for a pound of jelly beans, but that "others" would pay $7.50.  Why is this?  Why do we assume that we are astute consumers and that everyone else is a chump?  I guess because we think we are "smart consumers" and everyone else is stupid.   But the reality is, overpricing our own goods is not a smart move.

Fred tries to sell his car.  He goes online to KBB.com and gets a price for it.  He is shocked that the trade-in value or private party sale is so low!  But, he "reasons", his car is special and different and thus worth more, so he puts it on Craigslist for $1000 over KBB retail.

Months pass, with no takers.  Finally, he takes it to the car dealer, who agrees to take it in trade at Fred's crazy price - and does so by padding the price of a new car Fred is buying.  Fred thinks he is being "smart" by getting more in trade than he could sell outright.

But for some reason, the basic logic of the deal escapes Fred.  The dealer has to sell the car, at a profit, which means they can't take more in trade than they could get for retail.   But those messy details don't clog his mind.

Overpricing is dangerous in other ways.   A boat, house, or car that sits on the market for years is often costing you real money.   Eventually, you will have to lower the price to the market value (chumps being in short supply these days).   And when you do, you will come out behind, as the cost of "carrying" a car, boat, or house often means you get less for the item.

For example, my former neighbor who rolls out his boat every year and puts a "for sale" sign on it (and for all I know, he is still doing it) will never get his crazy price for it.  His widow will sell it, to a dealer, for a few hundred dollars.  And the sad thing is, if he sold it the first year, for $300 less than he was asking, he would have gotten pretty good money for it.  But he had to "get my price!" on it, so he gets nothing.

Or take a house.  In addition to property taxes, insurance, utilities, and the like, you have those staggering mortgage payments to make.  We sold our house in Central New York - where the average "time on market" is measured in years - in only a week or so.  How?  We priced it attractively - about $50,000 under market value.

Did we "lose money?"  - No.  I figured that the cost of carrying the house another year would be about $35,000 or more, in interest payments, insurance, taxes, repairs, utilities, and the like.  And to get that last penny out of the house, we would have to have it in top shape, too.   While we had already put a new roof, furnace, deck, driveway, etc. on it, to get the "top dollar" for it would require thousands more for siding or a paint job.  And since the economy is so fragile, there is no guarantee we would even have a buyer a year later, in that depressed area of the country.

So, selling a year early saved at least $35,000 in overhead by not listing it for a year.  And we crammed down the agent's commission by another $12,000.  Did we lose money?  If anything, we broke even, and got a sure thing instead of a "what if?" down the road.

Or take my boat - please.  It cost over $3000 a year in storage fees and insurance - even if you never drove it.   And  when I listed it for sale, some folks said "you're selling it too cheaply!  You could get more for it!"

And guess what?  Those were people with the same make and model boat who thought their tired old fiberglass was worth a ton of money - because they paid a lot of theirs, new.  The real value of their boat was threatening to them, and drove home the fact that spending $100,000 on a brand-new boat is probably the dumbest thing anyone can do, financially, when a used one is half that price.

And similarly, the people who complained we "undersold" our home were neighbors who thought they had half-million dollar homes, when in fact the houses were more in the market range of $250,000 to $400,000 - which are still expensive homes by any middle-class standard.

Recently, Mark had a pottery show and some folks complained he has listed his pots "too cheap."  And by too cheap, I mean asking $75 for a pot instead of $95.  But, funny thing, he sold 2/3 of his wares in the first week of the show.  Most other artists are lucky to sell one or two pieces, at higher prices.

Again, we assume that others will pay more than we will.  But others are just like us - and this pricing phenomenon illustrates how many people have no empathy for other people at all.   Many folks assume that other people are little more than idiotic robots who will pay whatever price you put on things.  We rarely think, "Well, maybe that fellow is just like me and is looking for a good deal, not a stick-in-the-eye!"

And again, people feel threatened by pricing like that - because it calls into question their valuations.  And as a result, people can be outright hostile, and even violent.  How dare you sell for so cheap!  It is folks like you who caused the housing meltdown!  No, really, people believe and say idiotic things like that.

The way to avoid this trap is to price things attractively and make them go away fast, rather than try to get every last dollar out of something.  Think about what you would pay for something and than use that as a starting point.

Auctions can be a good deal for a seller, as the market determines the price of something, relieving you of the burden of pricing.  But even then, people often overprice things on eBay.    A box of souvenir Air Force One M&Ms from the Clinton Era isn't worth much - but several people are asking $20 or even $35 for a $1 box of candy.  One fellow wants $20 for the crumpled empty discarded box - that is more than a decade old!