The Problem With Dividend Stocks 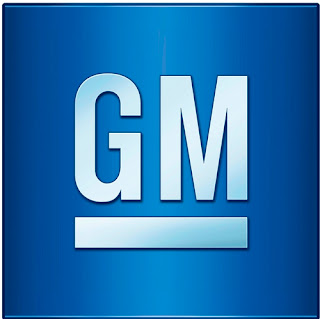 GM paid a great dividend - until it went bankrupt and took out all the investor's equity.

Dividend stocks are making a lot of news lately.   In an era of 0.02% savings accounts, fractional rates of return on bonds, and flat price trends in the Dow, the once-boring dividend stock seems like a hot ticket.

Dividend stocks, are, as the name implies, stocks that pay dividends.  And this can be a lot of money, over time, and thus are attractive to people who are looking for assured income from their investments.

But dividend stocks are not a panacea, nor are they risk-free.  As with any other investment, you should research carefully (look before you leap) and realize that all stock-buying is gambling, to one extent or another.

But there are other things to consider as well:


1.  Dividend Stocks might not always pay dividends or pay them consistently.  As I wrote about McDonald's, the company has been paying steady substantial dividends since about 1999.  Before then, it was paying dividends, but only a few pennies per share - a token dividend.  So now they are paying dividends, but the amount they pay could vary over time - go up, or go down, or go down to zero.  And the reasons for this are varied and many, as will be discussed below.

2.  The effective dividend rate-of-return is affected more by the stock price, not the dividends themselves.  While the Board of Directors may control the amount of dividends, the market determines the stock price.  So when a stock is showing a huge dividend rate of return, it does not necessarily mean the company is making wild profits, only that its share price may have plummeted, making the ratio of dividend-to-share-price seem high.


3.  Dividend Stocks are boring.  While in a depressed economy, they seem sexy, as they are actually returning money to shareholders, in a growing economy, these stocks can be real dogs.  Utility companies, for example, are (or were) typical Dividend Stocks.   You invested in Dominion Resources, and you could expect to get a nice 4-5% rate of return on your investment, in terms of dividends and share price.  But when the market was returning 10% per year, this was not seen as a hot investment, but perhaps a boring, safe one.  Investing all in one thing and not in another is usually never a good idea.  Diversification is the key.  As the economy improves, people will be less and less infatuated with Dividend stocks, and as a result, your share price may go down.


4.  Companies go bankrupt all the time, while still paying dividends.  GM, for example was a good dividend-paying stock, almost right up to the very end, even as some folks thought they should stop paying dividends and invest the money in the company.  Why would they keep paying dividends?  Because the share price would tank if they didn't, and the people "at the top" are all paid in stock options.  And stock options are no good, unless you can keep the share price up.  So the fact that a company is paying a healthy dividend is no sign of a company's strength.  It is not a sign of weakness, either.  In fact, it is a sign of nothing, really.

So does this mean you should never buy Dividend Stocks?  Don't be reactionary.  Of course not.  Any good balanced portfolio should have a panoply of investments, and Dividend Stocks should be among them.  But putting EVERYTHING into ONE THING is never a good idea, as you never know what the next ENRON will turn out to be.

The price of a stock is affected by how the market perceives the financial health of a company.  And for many people, the price of the stock is the beginning and end of investment.   Dividends are the other half of the picture.  But that doesn't mean that one shouldn't listen to the market and what it is saying, in pricing a stock.  If the price plummets, it means that a lot of people think the company is headed for trouble - perhaps bankruptcy.  If the price soars, it means a lot of people think the company is doing well.

But like any group-think, the group often gets it wrong.  People tend to psyche each other up (and down) about a stock, and often over-correct.  For example, in February 2009,  people panic-sold stocks like mad, and the entire market tanked overnight.  This turned out to be an over-reaction for most stocks, although the market called a few of them correctly.  GM stock tanked, but not as much as some other companies, such as Avis.  GM went belly-up, Avis went ballistic.  Calling these events in advance requires a crystal ball or time-travel.  The market tries to anticipate future events, but lacking the crystal ball, never quite calls it right.

Should a company pay dividends?  In some instances, it may be better for the long-term health of the company not to.  If they can take that money, invest it in the product, factories, and marketing, it can increase profits for the long-haul, and thus show a greater profit down the road - and survive.  On the other hand, if they pay out all their profits as dividends, their product line may stagnate, their factories be inefficient, and their marketing efforts lackluster.  You may get more dividends in the short-term, but lose your entire investment in the long-term, if the company goes belly-up.

High-tech companies rarely pay dividends, until they are well established in the marketplace.   If you are trying to sell cutting edge technology, you need to invest in the technology before you pay back shareholders.  Apple Computers, for example, paid a Dividend early on in its existence (1987), once it was established.  But as it lost its way - and market share - dividends stopped, in about 1995, and put that money into new product development, such as the iPod, iPad, and iPhone.  Some folks argue that the company should start paying dividends again, while some folks say the opposite.

A company that seems to be a staid, solid company that cranks out dividends like clockwork, may find itself behind the 8-ball over time - and go belly up, or have to stop paying dividends (or severely reduce dividends) to reorganize and regroup.  IBM, for example, had to cut way back on dividends in the 1990s, as its line of personal computers flopped and its mainframe business evaporated.  They reinvented the company more along software lines, and today "Big Blue" isn't as big, but it is more profitable and pays a higher dividend than ever before.  Sometimes it helps to fall back and punt.

And there are other ways of returning profits to shareholders than to pay Dividends, of course.  For example, if you use that money to buy back shares then there are fewer outstanding shares out there.  As a result, each remaining share represents a bigger chunk of the company and is worth more in value - and usually the share price increases as a result.  The net effect of this is when you sell your shares, you pay Capital Gains tax on the profit (at 15% for long-term) instead of Ordinary Income Tax on the Dividends (which could be as high as 35%).  Just because a company doesn't pay Dividends does not mean it isn't making money or isn't a good investment.

Ahhh... but market values are the problem - and we talked about this earlier.  When a company decides to buy back shares, the stock price might increase.  But it also might not - or it might increase by more than the amount it should due to the buy-back.  Market prices are determined by the volatile market, which is in turn driven by the mass psychology of 300 million Americans (and all those overseas investors as well).  It is not an exact science.  On the other hand, a dividend check is a very concrete payment and hopefully an indication of the profitability of a company.

So, Dividend Stocks are not a bad deal.   But they are not the only game in town - and they can be anything but a "safe bet".  The underlying financials of the company are more important than the dividend rate.  In fact, a high dividend rate should give you pause to investigate the company's financials more closely.

All that being said, I tend to favor these stocks, particularly as I get older, over more speculative stocks whose growth and profitability is dependent entirely on market valuation, rather than real earnings.
Newer Post Older Post Home