Are You PUT UPON? Are Others? 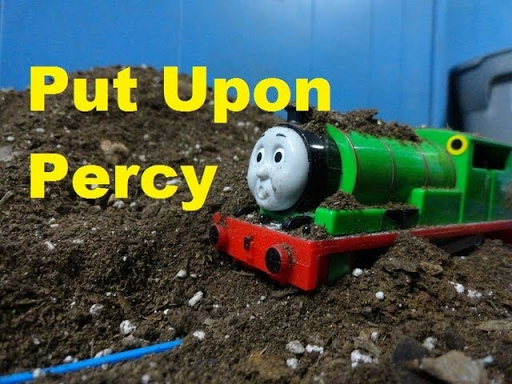 One of the narratives being sold these days is that you have it so bad - or that others have it so bad.  Narratives like these are used by politicians to obtain power or stay in power.


Living in the richest country in the world, it is hard to believe that people are starving to death in the streets.  Hard to believe, of course, because it isn't true.  Being "poor" in America means driving a shitty car.  Being poor in Africa means not eating today and watching your children die.  We need to put things into perspective.

We are told by politicians that we are put-upon, that we are going broke, that our lives are a miserable wreck, and that the whole nation is teetering on bankruptcy.   Yet, if you get in an airplane and fly over this country, you see miles and miles of suburban tracts, populated with nice houses and nice cars.  Auto manufacturers sell tens of millions of new cars a year - surely someone is buying them - or maybe just those evil rich 1%'ers have thousands, each.
(And no, car makers don't build millions of cars and then crush them when they don't sell.  Click-bait "sponsored content" hyping this idea is just bullshit - and a scam to sell your "lead" information to some salesman,somewhere).

The reality is, we are a pretty prosperous nation.   But it is a nation where you are free to succeed on your merits, and also free to fail.  I've done both, so I know how this works out.  And when you succeed, by making smart choices, no one congratulates you - but instead they hate you for being successful.  When you fail, by making poor choices, they hate you for being a failure.  When you ask, "why didn't you warn me I was making poor choices?" they say, "We did, but you refused to listen!"

And poor choices abound, too.  Drug use and self-pity are two big ones.   A lot of people in this country knocked themselves down a notch or two through drug and alcohol use, smoking, and being depressed. It is all-too-easy to say "fuck it, let's get fucked up and sit around and watch television" - we've all done it at one time or another.  It takes real hard work just to get out of bed in the morning and apply yourself - but you do get rewarded if you do, even if the rewards are deferred.

Debt is another way people impoverish themselves. A lot of the debt instruments being offered to people today were flat-out illegal in the past.   Payday loans, rent-to-own furniture, and basically any loan with an interest rate beyond 20% or so was considered usurious because it would ruin people.  Today, most credit cards have rates higher than this.

So, poor people, who have few dollars to begin with, end up with a few dollars less - often 50% less, by borrowing money at usurious rates so they can "have it all now" and pay later.   And often these are not for necessities in life, but luxuries.  In our small town, at the intersection of MLK and "Community" boulevards, are a host of payday loan shops, buy-here-pay-here used cars, title pawn loan shops, pawn shops, liquor stores selling overpriced booze in pints, the rent-to-own furniture store and next to that, the rent-to-own bling rim store.  Someone please tell me how putting $2000 of cheap Chinese-made pot-metal rims on a $500 car is putting food on the table.

You might argue that in America, you need a car to get around.   But bling rims?   Sorry, but no amount of propaganda can convince me that this is a necessity or under any circumstance, a wise life choice.

So poor people make poor choices.  They have $100 and they give $50 to a finance company, and end up $50 poorer as a result.  No matter how you slice it, if you are poor, borrowing money makes you even poorer.   And yes, I have slept on the floor while saving up to buy a bed - because having it all now and paying later just doesn't make any sense.  I also bought a bed once using that "90 days same as cash" gambit, and paid it back on the 89th day.  I would not do that again, it was just too dangerous a risk to take for so little reward.   But that is the way poor people think (and I thought, at the time) that somehow I was pulling one over on the loan company and scoring big.   I was doing neither.

Politicians point to this as evidence that Americans are put-upon.   And increasingly, the middle-class is falling for these gambits, with student loans, car leases, home equity loans, rewards miles cards,and reverse mortgages.  I know people who have five-figure credit card debt for most of their lives, oblivious to the fact that every month they pay off the same amount they charge, but "carry" a balance that causes them to pay the same amount more, in interest.   They are paying twice for every purchase they make - but the rewards miles!  So sweet!

Are these people put-upon, or just being stupid?  And how far do we go to protect people from themselves?  This is the relevant question.  In the past, we outlawed these sketchy loans and debt products, because we knew they ruined people.   And some, such as Elizabeth Warren, think we should outlaw them again.

But others think that the solution is to "redistribute the wealth" by taking money away from people who didn't make shitty decisions or who stopped making shitty decisions and just hand it over to the spendthrifts, to make things "fair."

The problem is, you hand cash-money to someone who is prone to taking out payday loans, and they spend it - at the payday loan store.

Is the guy running the payday loan company behind this whole "let's redistribute the wealth" nonsense?   Maybe he realizes his core customer base is tapped-out and a great way to snooker the rest of the country is to "bail out" his debtors with tax dollars.

Sounds far-fecthed, but bear in mind we've already done it and many are proposing we do it again.  We set up a bailout program for people who spent more on houses than they could afford.   We gave people with million-dollar homes a bailout - reduced their mortgage balance and interest rate.  Meanwhile, the guy who bought the house he could afford is stuck having to pay his mortgage.   The guy who worked hard and paid off his mortgage by learning to do without, is taxed to pay for his neighbor's nicer house.

And now we propose wiping out student loan debt, which favors those who partied hard, spent more, and got useless degrees.  They guy who worked his way through college and got a useful degree and paid off his student loans not only gets bubkis, he has to pay through his taxes, for the malfeasance of others.  Hey, that guy is me.

Again, who is behind these schemes?  Democratic Socialists representing broke millennials, or Right-wing Republicans representing bankers?  Because these bankers have a lot of bad debt on their books, and bailing out the students means many of these bad loans get paid.  If you bought some of this bad debt for pennies-on-the-dollar, it could be quite a payday!

But getting back to topic, are these folks who voluntarily signed up for debts really put-upon, or did they just make one shitty life choice after another?  Some debts are unavoidable at certain points in your life, to be sure.  But then again, you can minimize debts, and there are smart debts and dumb debts, just like there are smart bets and dumb bets.   A federal student loan for a worthwhile education is an investment.   Private student loans to pay for luxury student housing (and I know folks doing this!) is just idiotic.   I am not sure we need to "forgive" the latter, or even the former.

Americans have it easy, but they fuck up a good thing, in many cases, by wanting it all now, and paying later.  This is not being put-upon, this is being a fuckup.  But sadly, every politician ever born gets elected telling you that your self-inflicted wounds were caused by someone else.   It is a popular notion to sell - and one that has propped up dictators worldwide for eons.

And in America, both parties do it.