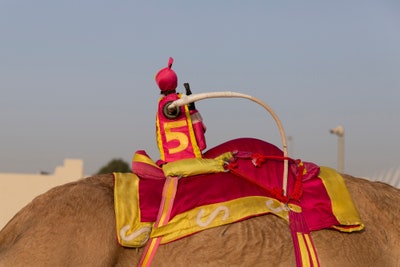 What is the point of auto racing anymore?


Honda has announced it is exiting Formula One this year, after returning to the sport in 2015, supplying engines to the Red Bull team.  As the last sentence implies, auto racing is all about advertising - the names of the companies plastered on the cars, and the manufacturers of the cars and engines and tires and whatnot.  The old mantra in auto racing, particularly NASCAR, was "Win on Sunday, sell on Monday!"

And that made sense in an era where "stock cars" were literally stock.  NASCAR even raced convertibles at one time - something seen as suicidal today.   The car on the track in 1960 was pretty much the car in the showroom down the street.  Today, the NASCAR race car is a standardized chassis with a fake body on it that roughly mimics the look of something on the showroom floor.  The engines and drivetrains, however, are something from an earlier era.  And of course, the rules are tweaked and re-tweaked so no one team or manufacturer has any significant advantage over another.  Given all that, what's the point of a factory team competing?  It isn't like they have a chance to show off their technical prowess here.

Forumla One is pretty much the same deal - the cars are designed to a "formula" - hence the name - and all pretty much look and run alike.   The team with the most money might be able to squeak a horsepower or two more out of an engine or tune the chassis for a mile-and-hour better.   Slim margins like this are what win races today.

These formulas and rules are necessary as the cars went faster and faster.  In an era where 100 miles-per-hour was considered fast, there were few rules to follow other than rudimentary safety rules.  But as cars are now capable of well over 200 mph, something needed to be done to slow them down and keep the races at reasonable speeds.

Back in the day, it was all about the men and machines - colorful pilots who were bold and brave and literally risked their lives in each race. And many a race fan went to the races, hoping to see a bloody wreck, that is, until they became too violent.  Today, it is all about money.   You build the perfect car that goes slightly faster than the others and it really doesn't matter who pilots it - you can hire anyone with sufficient skill, and your big bankroll of money will win the day.   The technology itself isn't really the issue anymore - there is little innovation in a 1960's-era NASCAR drivetrain and suspension, or in a car built to a "Formula".

And in an era of electric and hybrid cars, does winning on Sunday really sell on Monday?  For a few years, NASCAR ran two-door Ford Tauruses - a car that isn't even made by Ford.   You can see that on the track, but can't buy it in the showroom (and of course, the two-door Taurus was just a body shell, not an actual car).   Besides, today, everyone wants an SUV to drive, and "cars" are out of style.

Back in the day, racing was said to "improve the breed".  The 24 hours of LeMans would help manufacturers test engine designs to improve specific output, efficiency, and durability.  If  car can run for 24 hours at speeds over 100 mph, the technology might be applied to street cars to improve their performance as well.

Today?   The complex formulas for most racing series leave little room for innovation, and what's more, what little room for innovation that exists is for ways of working around racing rules that don't exist for street cars. In other words, nothing you learn on the track is useful anymore for mass-production cars.  So why bother?  I mean, other than for advertising bragging rights.

What's more, that halo effect is evaporating as well. Honda isn't selling a new Accord because someone saw the Red Bull racing team win last night.  In fact, Formula One isn't all that popular in the United States to begin with, and the US is the largest market for Honda.  They lose nothing by leaving F1 and might actually gain a lot.

But the other issue is the drivers. What we are learning in space exploration is that putting a human in the loop increases costs and complexity by a factor of thousands.  You can send a robot to Mars and it will explore the surface for years.   Sending just one man there would cost a thousand times more and it would be hard for them to stay there for more than one rotation around the sun.

Similarly, one reason why race cars are now hobbled by common designs and formulas is that as they get faster, they become more deadly. Why there are humans inside the cars anymore is a valid question.   If you really are trying to make a vehicle that goes "as fast as possible" the first thing you want to ditch is excess weight, and the most useless weight in a race car is the driver.

In Saudi Arabia, they race camels this way - eliminating the jockey and replacing him with a radio remote-control. The race comes down to one between the animals, not so much the remote-controlled jockeys.  Could a similar thing happen to auto racing?  Would people tune in to see cars driven by remote control?  Model car racers already do this, although it doesn't have the following of major race car series.  But it raises a lot of interesting questions.  If you were to build a "fast as possible" race car, it might be the size of a small model, and shaped for maximum streamlining (as opposed to, say, Formula One's archaic "open wheel" design or NASCAR's reliance on "car" body designs.  And would it have a loud internal combustion engine, or a battery pack?

But people come to see drivers race, not machines.   And without the prospect of a bloody wreck, would anyone bother to see 300 mph robot cars race around in a circle?   And while we're at it, with today's computer technology, the entire damn thing could be simulated, right down to the drunken fans swilling beer in the infield while flying Trump flags.  You wouldn't know the difference, and perhaps they've already gone to this and we just didn't notice the change.

Viewership and attendance at auto races was flagging (sorry, pun) long before the Corona Virus hit. One wonders whether auto racing has a real future, or if it does, what that future will be. Will NASCAR end up racing Priuses against Teslas?  Will people sit and watch whirring machines circle around a track with the same interest?  And if factory sponsors start to disappear, who will pay for all of this?

If you think about it from an Engineering standpoint, racing no longer makes sense.  It is like these folks who want to set "land speed records" in rocket cars.  The easiest and best way to do that is to eliminate the pilot and just fire off a rocket-on-wheels across the desert.   But even that seems silly, in retrospect.   Rockets and jets are for aircraft and spacecraft.   What's the point of running one on wheels?   You are only setting a record for the fasted aborted takeoff in history.  And perhaps flagging interest in "world speed records" is also a symptom.   It was interesting back in the era of Donald Campbell and Craig Breedlove bravely setting world speed records that some production cars can approach today.

It just isn't the same today.  Maybe we have moved on.  Maybe we are starting a post-automobile era.  Cars are less and less viewed as emotional vehicles conveying status, speed, or luxury, and more as appliances for transportation.