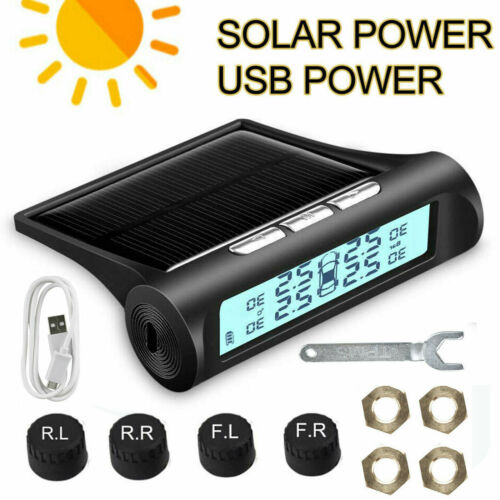 We laugh at the Indians for selling Manhattan for $24 worth of beads and trinkets.  But are we doing the same thing today?   Who's laughing now?

A 25 inch diagonal television in 1975 cost $500. For that same sum today, you can buy a huge wall screen television with far more features than the simple tube job my parents had back then.

And these things are cheaper because they're made overseas, particularly in China. American labor costs, in contrast have escalated dramatically.  Today, a $500 television is not worth repairing, as the labor cost just for two hours of inspection and repair would exceed the value of the TV set.

These sort of electronic trinkets are so cheap, and it is tempting to buy them, and bankrupt oneself, one credit card charge at a time.

For example, I recently bought a tire pressure monitor for our trailer. This was an inexpensive solar-powered system which cost $22 on eBay.  It worked fine until one of the sensors started leaking, and which point I tried to find replacement sensors online, only to realize I would have to buy an entirely new system, but the price was only, of course $22.

The irony of it all was that the system worked, setting off an alarm to tell me the right front tire was down to 22 psi - but the leak turned out to be in the sensor.  The device designed to prevent a blowout was going to cause one, if I was not careful!   Maybe I would have been better off just kicking the tires when I stopped for gas - like the old days.

They make the sensors in two forms. One is a cap that screws onto the end of the existing valve stem. Another is a replacement valve stem that you insert into the tire rim. The latter is a better choice, as it is less prone to leakage and damage. However it does require that you take the tire off the rim and then insert the new valve stem, and then remount and rebalance the tire.

And there is the catch. It costs $15 or more per tire to have it unmounted, the new valve stem installed, and then remounted and balanced. Thus, the cost of installing one of these valve stems on just one wheel would almost be equivalent to the overall cost of the entire tire pressure monitoring system. American labor costs, particularly for service labor, far exceed the cost of materials from overseas.

Maybe I will buy another one of these systems, this time with the valve stem sensors instead of the cap sensors, and install it when I go to replace the tires on the trailer. The tires have over 11,000 miles on them so far, but are more than halfway worn out. Trailer tires don't last very long to begin with, and as you guessed it, these tires were made in... China.

It got me to thinking, though, that the Chinese are pretty clever. Just as the American colonists snookered the Indians with beads and trinkets, the Chinese are slowly bankrupting our country by selling us inexpensive junk which we buy by the bucket-load. The prices are so scandalously low that it's hard to resist temptation to click on "Buy It Now" on eBay when you see something for sale for only $5 or $10, maybe $25 at the most.

But even though these are small individual purchases, over time they add up to a lot of money. In the end, we will end up giving away the entire country in exchange for shiny trinkets and electronic gadgets.

Maybe I'll just throw away the existing sensor and be done with it.  After all, the one sensor lasted only a year or so.  I am guessing it was hit by a rock or something, who knows?  Do I go back to the well for more abuse because it was "only $22"?  Or am I being a chump for buying a trinket that only works "kinda sorta" and even then, not for very long.

Damn these Chinese!  Tempting us with these neat electronic gizmos, knowing full well that we Americas are addicted to them like crack!   I guess this is cold, cold revenge for the opium wars, more than a hundred years later...