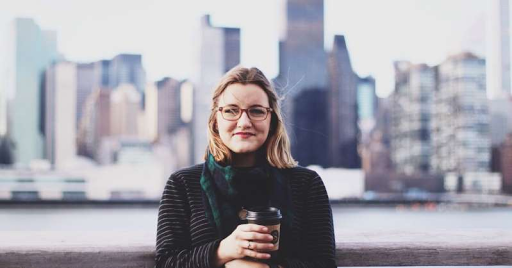 Should we feel sorry for people who get themselves into financial trouble, or bail them out with other people's tax dollars?  Believe it or not, some people actually think the latter!  Note designer coffee drink.

A recent article on CNBC argues that we need to be sympathetic to those in financial troubles of their own making.   They use, as a poster-child, a woman who was previously used as a poster-child on Suze Orman's show.

Oh, everyone is ganging up on the Sooze!   Another article lists "six reasons why I don't trust Suze Orman" and of course, I have taken a piss on her several times here.   She makes money by giving out advice, often bad advice. And apparently, if the CNBC article is to be believed, she had some sort of TeeVee show where she screamed at people on the air.   I don't watch TeeVee so I don't know.

The punchline is a pitch for socialism:

The problem is shame doesn't work. First off, telling people their financial circumstances are entirely their fault just isn’t true. In fact, it’s been proven over, and over, and over, that wealth gaps are systemic and created by public policy, not by individual choices.

WTF?    A person's personal financial problems - $240,000 in student loan debt, $40,000 in credit card debt, and somehow only managing to make $58,000 a year as a doctor - are society's fault and an example of "wealth inequality".
I guess we need to start bailing out doctors and lawyers now, not just the poor schmucks who majored in philosophy or religion and are now working in one of Jeff Bezo's salt mines.

I just don't get it.  Yes, it is wrong if the Sooze screamed at her on the air.  And yes, it is wrong when newspapers use people as "poster childs" often by twisting around their personal story to fit the narratives they want to sell (Indeed, I was once poster-childed by the Wall Street Journal and New York Magazine, no less!).  You have to take such articles with a grain of salt.

It illustrates that you really don't know the details of someone's personal financial situation.  How does one run up $240,000 in student loan debts, even to become a doctor?  How does one make less than the average income in America as an MD?  $40,000 in credit card debt doesn't just create itself.  Personal financial malfeasance comes into the picture somewhere along the line.  Of course, divorce and three children enter into the picture.

What is sad about this CNBC piece is that the author seems to be arguing that we abdicate all personal responsibility.   It is not OK to "shame" someone for buying a $5 cup of coffee every day of their lives while at the same time, going further and further into credit card debt.  Pray tell, what should they do, make their own coffee for as little as 25 cents?   And yes, we still do that, in our percolator, no matter what the strange coffee guy said.

The point is, if you are struggling financially, no expense is too small to consider.  And intractable credit card debt doesn't happen from any one single expense, but in little dribs and drabs, here and there - paying $100 too much for homeowner's insurance, paying too much for designer groceries, paying too much for clothes, cell phone plans - whatever.

Sure, if you have money and have your financial house in order, you can budget for luxuries in your life.  Now that I am debt-free, I can do this.  But each expense is a nagging reminder of how much it detracts from my overall net worth.  And at retirement age, the new worry isn't getting out of debt, but how much longer your money will last.  In other words, this money thing never ends, no matter how much you make.

But all that is moot.  This lady's personal financial problems aren't going to be solved overnight by sweeping social changes.   Such changes are not likely to be enacted, as a lot of people in this country really don't feel "sorry" for someone who has a medical degree and is capable of earning hundreds of thousands of dollars a year - and easily paying off student loans of less than a quarter-million.  What's more, is it fair that someone who never went to college pay for the bills of someone who did?  Bills that may include money spent on beer, marijuana, and fart mufflers for Mom's old Honda?  Hey, I delivered pizzas in college, I know how college students live.  And buying delivery pizza and giving the driver a five-spot as a tip is nice and all (for me) but paying for it with student loan debt isn't a swell idea, really.

And is it fair to those of us who went without designer coffee in order to pay off our student loans?

No, it just isn't going to happen, even if Democrats take the House, the Senate, and the White House.  So just put this up there with "Slave Reparations" and "Free College" - loan forgiveness isn't a viable political solution to what are personal problems.

So what is the point of articles like this CNBC one?  I think click-bait for one - people who are in debt and can "see no way out" want to hear sympathy.  But sympathy doesn't pay off their debts.   Maybe the Sooze was right, what these folks need is a good slapping around.  Getting out of debt, as I noted before, requires you first figuring out how you got into it - and taking responsibility for that debt.

What journalists in articles like this are selling is the idea that debt is not your fault, it is society's fault.  Society charged all that stuff on your credit card.  Society put their John Hancock on those student loan papers.  Society forced you to buy stuff you couldn't afford.   And maybe there is a sliver - a thin sliver - of truth to this.  Our society pushes horribly wrong normative cues on people - that consumption is good, overspending is "normal" and being in debt is inevitable.   Want something in life (and wanting stuff is of course, also "normal") then you borrow more money to get it!  That's how it's done! Borrow your way to wealth!   Go to college and get a degree - any degree - and get a fabulous job that pays well but requires no real work!  You saw The Office, right?  That's real life!

But then again, a whole legion of people in this country didn't buy into this, and as a result didn't fall into the debt trap, or if they did, like me, found their way out through hard work and thrift.  If we bail out the spendthrifts, we do so at the expense of the thrifty, and once again, thrift is punished and profligate spending is rewarded.

Time was, those would be considered Republican values.  But today, with our spendthift President, whose own personal life is a financial house of cards, it seems the borrow-and-default mentality is gaining ground.  Only "suckers" and "losers" do things like serve their country or pay back their loans.  But without such folks, a society quickly comes apart.

This is, in part, why I have a nagging feeling the economy will eventually crash in a 1929 scenario.  The stock market is going bonkers (almost, but not quite, wiping out Mark's losses since January 1) but people are unemployed and have no money and business after business are going under, or limping along on bailout life support that cannot go on forever and perhaps is forestalling the inevitable.

So long as the crash doesn't happen before November 3, I guess the folks in charge don't really care....