When Do You Take Social Security? 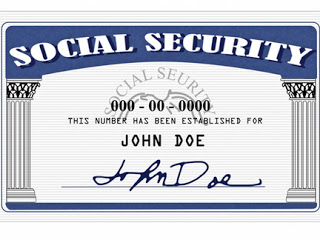 Deciding when to take Social Security is a lot like making investment decisions - it helps to have a time machine.

A reader sends me an article that promotes the idea of taking Social Security early.  Others, such as the Sooze Orman, suggest waiting until you are 70.  Both ideas have merit, but to tell which one really works for you, all you have to do is get in your time machine, go 50 years into the future, and then Google your obituary and figure out when you die.  Once you have this piece of information, you can go back to the present day and then make a rational, mathematical decision that will optimize your outcome.

I mean, how hard is that?

OK, I am being facetious, but it illustrates the problem with figuring this out.  And if you live long enough, you will have to figure this out, like it or not.  And no, Social Security won't go "bankrupt" unless we let it.  The GOP starves the Social Security fund and then claims this is proof of its failure.   If you go along with that sort of thinking, I can't help you.

I met an accountant once, and he told me he took Social Security at age 62.  His argument was that if you live to be the median age (78 or thereabouts) then you will collect "more" money overall than if you waited until 65(back then, 66+ today) for "full" Social Security, or age 70 or thereabouts, where it maxes out.   In fact, if you "do the math" you have to live into your 80's before collecting late pans out.  But of course, that depends on how much you are going to be getting and whatnot.  I did the math on this before.

It is an appealing argument - you collect "more" overall, and if you don't need the money, you can bank it and then have it later on.   From a strictly numerical standpoint, it makes sense.  And, as I noted before, what you get from Social Security amounts to what you paid in, plus a modest interest, for most of us.

But there are other factors.   Take taxes for example.  Social Security is taxable, so if you take it early, it is added to your income, which could increase your tax bill and put you into a higher bracket as well.  I suppose one way around this is to put that "extra" money into an IRA and thus get a deduction, but if you are already drawing from your IRA.... sort of makes no sense.

Another aspect is Medicare.   As I noted before, one game among the elderly is to spend all their money (or put it in the names of their children or a trust) so it is not "counted" for long-term care purposes for Medicare.  If you go into a nursing home, the government doesn't want to pay if you have a million sitting in a bank account - and why should they?

So a counter-argument to collecting early (which would help you preserve your capital) would be to wait until you are 70, and in the meantime, burn through your 401(k) savings.  When you reach 70, your enhanced income from Social Security will make up (in part) for the loss of income from the savings you have spent.

Then there is Obamacare - if you take the Social Security money early - before age 65 when Medicare kicks in - you may end up reducing or eliminating your Obamacare subsidy (the Supreme Court, of course, may soon make this all moot, on a technicality). You have to make sure you don't make too much money if you are on Obamacare.  In a way, it is like a trap - the more taxable income you have, the less subsidy you have, so the more expensive Obamacare is.  So, to pay for it, you have to take more money out of your IRA, which in turn increases your taxable income, which in turn decreases your subsidy even further.

In short, there is no easy answer.   On a personal note, I guess I will wait until at least age 65, when I am on Medicare.   But then again, that may mean that if Obamacare is still around (in five years) Mr. See would still be on it.  Collecting Social Security as joint income may result in him losing his subsidy, increasing the monthly cost of premiums dramatically.   So it may pay for me to wait until 70, at which point he would be 65 and we would both be on Medicare.

It gets complicated, doesn't it?   There are more than a few factors to consider.

You could also factor in your present health and family history.  If you are already suffering from a life-threatening disease, for example, at age 62, then maybe you want to collect early, or at least that may be a factor favoring that decision.  If your family is long-lived and you are in good health, maybe you should wait until you are 70.   But of course, life is never that predictable.  Grandma lives to 90, but you get hit by a bus as age 64.   Again, a time machine would be helpful.

But all this discussion is largely moot for the vast majority of people.  Most people collect Social Security because they need the money.   They didn't save much for retirement, or they didn't get much of a pension as they changed jobs a lot (and who offers pensions anymore?).   So when age 62 rolls around, they are sucking air and need that cash, even if it is less than what they would get at age 66 or 70 or whatever.

All the arguments and articles in the world make no difference.  If you are broke, can't work, and need the cash, well, you'll go for that check as soon as it is dangled before you.   Well, at least that is how it plays out for most folks.  Theoretical arguments are of little use to the majority of folks, sad to say.

For others, retirement is a much harsher reality.   Trying to live on Social Security alone would be very harsh and difficult.   However, there is no shortage of "over 55" communities in Florida where you can buy a mobile home or park model for $10,000 or so, and pay a lot rent of $500 a month or less.  Safe, clean living, but of course, no guarantee that some idiot won't buy the park and jack the rent through the roof.