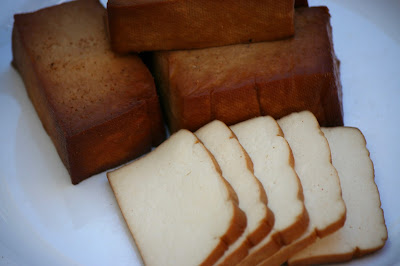 
Language is a funny thing.  Words that mean one thing, take on other meanings later on.  There was a story once in the Washington Post - many years ago, when it was OK to criticize Political Correctness - where a supervisor in the Federal Government tried to compliment a black employee on their styles. "You have very discriminating taste!" she said, and an HR complaint was filed shortly thereafter.  The employee thought that "discrimination" had only one meaning - in terms of race relations.

And so it is with prejudice today.  Today, prejudice has only one meaning in most people's minds - racial prejudice - and no other meaning to them.   But its actual meaning - and meaning in the law - is to "pre-judge" (hence "pre-judice") something - anything - without considering the merits of the situation.

I noted before that I wasn't a big fan of seafood until I was nearly 40 years old.   We were going to Bertha's Mussels in Baltimore and my friends were saying, "Well, they have hamburgers or something for you to eat."  I realized that I was letting my prejudices about seafood interfere with experiences in life, and thus was behaving like a five-year-old.   I tried the mussels and they were good.  I later found out there were far better mussels to be had, too.

We tend to pre-judge things in life, often to our detriment.   My brother-in-law likes to hang out with "the guys" at the local airport, and as you might imagine, they do a lot of guy-talk and a lot of it is pretty conservative.   They like to make fun of "Liberals" wearing sandals and driving Priuses and eating Tofu.   Tofu?  Who eats that shit?   Turns out, half the planet.

He came to our house once, and we had this smoked firm Tofu from Wegmans.  I told him it was a French cheese and served it on crackers.   He loved it.   I waited a couple of days to break the news to him.  His prejudicial view of Tofu was some runny stuff in a package - the soft kind, uncooked, unflavored, that only Birkenstock-wearing city folks would think was even food.

Not surprisingly, being from the country, his friends had a lot of prejudices about races, too - which is easy to do when you've never met anyone from that race, other than what you see on Fox News.  It is easy to hate "the other" particularly when they are presented as a caricature rather than as human. And Fox News does a good job of making caricatures of most everyone, except what they perceive to be their viewers.  Not surprisingly, the left-wing media does a pretty good job of demonizing Republicans as flag-waving, Dodge-Ram-driving, gun-loving racists.  Of course, the problem is, some folks seem to set out to live up to these stereotypes, which in turns makes them partially true.

But getting back to personal finances and away from politics, prejudice can blind us to many things in our personal financial lives.  Back in the 1970's and 1980's, for example, American cars had dismal quality and poor gas mileage - and were horrendously expensive as well.   Yet many people I knew kept on buying them, insisting that nothing made in Japan could be superior to American iron.  It was only years later, after they went through three American cars while their neighbor was still driving the same Toyota, that it dawned on them that maybe these "Funny Japanese Cars" weren't such a bad deal after all.    Of course, since then, the prejudices at GM, Ford, and Chrysler have changed as well, and their quality has improved.  Back then, the feeling was, Japanese cars were a fad, and eventually Americans would come to their senses - prejudices again, which eventually bankrupted the "Big-3".

I ran into a friend of mine whose son - approaching retirement age - is selling his house and downsizing to a condominium.  "How could you do that?" he said, "No basement, no storage, no garage?   Where are you going to put all your things?"   I thought was an interesting comment, as he was totally bought-in to the "home ownership" gig, spending money on fixing up your house and having spare bedrooms that are never used for anything.  After all, how could two people live in anything less than a three-bedroom house?  I am not taking a piss on him - it is an opinion held by many people, that they need to pay for all this "space" and need to be continually remodeling it as well.

I talked before about a post-car economy.  I wonder if we are heading toward a post-house economy.  Our economy is driven by consumerism, and the media touts it as "normal" that you should lease a new car every three years and that your ultimate dream in life should be to have a fancy house and multiple cars.  Having lived the dream (although I have never leased a car, ever), I question it. Houses are just things, like cars, and they are expensive things.   Not only that, they can distract you from other things in life, such as your career, your marriage, and building your wealth.

Funny thing, but my friend who can't envision not owning a house once admitted to me that his first marriage failed, in part, due to the financial stress of remodeling and old Victorian home.  It was the classic "money pit" experience, and not only was it a drain on their finances, it took up every spare moment of their lives as well.

I hear from a lot of younger people who are upset they don't own a home yet, or feel they should have a nicer home than they can afford - particularly in places like the coastal cities, where prices are insane.  Maybe they should consider themselves lucky.   I can only attest that a house is a maintenance nightmare and a real time-bandit. Remodeling projects suck up a lot of your time, energy, and money, even if you hire them out.  Keeping up a lawn or garden is an ongoing task - and one that requires you to never leave your home ever, unless you want to come back to tons of weeds and a foot-high lawn.

Sure, if you are mega-wealthy, you can hire people to maintain all that for you.  But you will never become mega-wealthy if you put all your energies into home maintenance rather than your career.  Funny thing, that - you can squander a lifetime of wealth pretending to be wealthy.  So to all you 20-somethings out there, maybe not owning a home is a blessing in disguise.  Put that energy into your job and your livelihood, and down the road, you can afford to waste time and energy on a house - but by then, you may decide it isn't worth doing.

Again, this goes against the prejudices of our society.  We talk about downsizing to a condo and our friends are aghast.  "Giving up?  Why?"   But not spending every waking moment manicuring a lawn isn't "giving up" on anything other than an obsession.  And the folks with "perfect lawns" in my experience are often very, very unhappy people.

Similarly, the idea of not owning a car or not owning two cars is alien to many people.   But if you are retired, or you carpool to work, do you and the wife really need two cars?    Given the staggering cost of car ownership, it is a question worth asking.  Needless to say, my friend with the house-prejudice also believes in owning his-and-hers cars, even though one of them sits unused for so long the battery goes dead.  But the "might as well keep it, it ain't costing me anything!" mentality rears its ugly head.  People don't realize that a car, just sitting in the garage, is hemorrhaging cash in depreciation.  If they sold it two years ago, it would have yielded a few thousand dollars.   Today, it isn't worth much of anything.

But people don't recognize depreciation as a real cost - yet the car, sitting in the garage for three years, depreciated by thousands of dollars.  As you might guess, they don't want to sell it unless they can "get their price" for it.  Oddly enough, these are people who consider themselves to be honest, but yet have no compunction about selling a car (or boat, or RV, or anything) to someone for far over market value.   They would never cheat anyone, of course, and usually people don't go along with such dreams of avarice.   Again, prejudice rears its ugly head.  "Sure that might be the Blue Book value for the car, but you never know, someone might pay more!"   Sadly, there is a someone shortage in the world, which is one reason people hang on to stuff like this - until it is sold for scrap.

Prejudice prevents us from making logical choices, and I can say this firsthand.   When we were offered a once-in-a-lifetime payout for our house in Virginia, we decided to move to a "less expensive" place to live, only to squander that gain on house polishing and remodeling.   We had to have a place for our "things" - or so we thought.   But as it turns out, many of those "things" are in the dumpster or junkyard or were sold off long ago.   The material is mortal error but that is a lesson that is hard to learn at an early age, when you have nothing and live in a society where having things is touted as the end-all to humanity.  Going against this will get you called a Communist - or worse yet, poor.

If you find yourself in a situation where you are unhappy, maybe it is time to re-think things.  Are you doing things because society or your friends or your family expects it of you?  Have you bought into a certain mindset that you have to have "things" or go into debt because (as one of my bosses once told me), "that's how everyone does it."?