Crises at the Parcheesi Club! 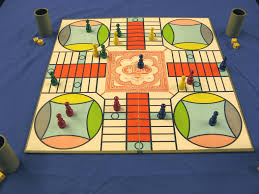 Bringing your politics into non-political matters is a bad idea.

The latest news from the Parcheesi club - a crises over wearing face masks.   It seems the members and board of directors agreed that wearing masks - which most stores, restaurants, and offices are encouraging - should be required for the Parcheesi club.   But the President, an ardent Trump supporter, refuses to go along, and "outvotes" the Board and says masks are not required!   Oh, what to do!

I liked the President of the Parcheesi Club - note the past-tense.   But bringing your political convictions into a social setting is never a good idea, particularly when you try to force your views on others.  I have no truck with someone's political views if they disagree with mine, but when you run an organization, it isn't up to you to force your political views on others.  What's next?  Asking members to sign a loyalty oath or decry abortion?

But alas, I think this is just another dot on the graph for the inevitable decline in the Parcheesi club.  You see, the old school members are dying off, one by one, and while they were alive, the most important thing they thought they needed to do was keep out new members.  As a result, membership - or more importantly, participation - is declining.  Sure, the rolls show lots of dues-paying members (whenever they get around to sending out dues notices), but few of them show up at the tournaments, and fewer still come early to set up the folding tables and polish the Parcheesi boards.

However, there is no shortage of people who want to run things.

These sort of clubs and groups are fine and all, but what ends up happening is they become a time-bandit.  When you volunteer for something, it should at least be fun or rewarding or both.  When you become free labor for someone else's wet dream, you have to ask yourself whether or not it would be easier and more profitable to just get a paid job instead.

Sometimes, you just have to walk away.  Institutions and organizations are not forever - in any setting.  And while one might want to try to "save" the Parcheesi club, it is all-too-easy to become the Friend with the Perpetual Problem as a result.   Your efforts are better spent saving yourself.

Just as with evangelical religions or cults (I am being redundant here) at any given time 1/3 of the members are new, 1/3 of them have been there a while, and 1/3 are burned-out and leaving.  Continual recruitment of new members is essential.  And with this flow of warm bodies through an organization, the organization can change, over time - which is one reason that middle one-third is resistant to having new members.

The Chutes-and-Ladders club fell victim to this fate.  Convinced that no one was "good enough" to join their club, they eventually folded when enough members died off to make the board-game tournaments no longer worthwhile.  Some other folks said they wanted to take over the group, but the old-time members refused.  Perhaps because of the $25,000 balance in the club's bank account.   No word on where that went off to.

Oh, right, that.  Yes, people will try to take power so they can redirect money and resources to projects that benefit themselves, whether it is outright theft, or perhaps just putting on an expensive "reception" that only certain members in their inner circle are invited to.  When the coffers are bare, you walk away and leave the smoldering wreckage for the next generation of leaders to clean up.   Getting caught or getting prosecuted isn't very likely - after all, did you really do anything illegal? And these clubs have no money to litigate these sort of issues, anyway.

If you get sucked into one of these clubs or organizations, enjoy it and have fun, but realize it isn't a lifelong commitment, but perhaps a distraction of a few years, at best. Eventually, people lose interest and move on - and there is nothing wrong with that.  Letting these sort of things - and that sort of people - dominate your life, is just a bad idea all around.