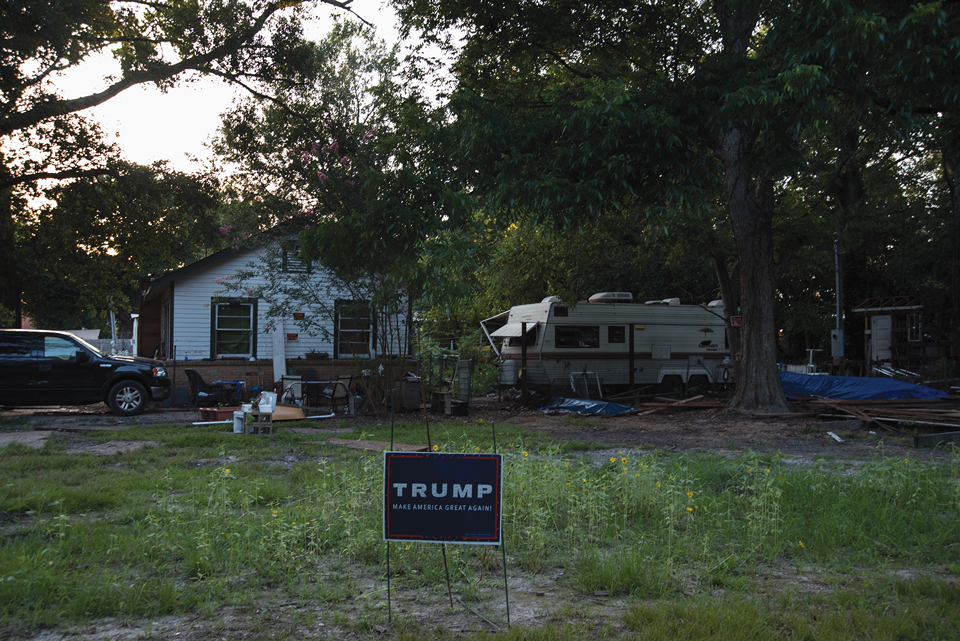 In order to get elected, you need votes.  You can't expect a candidate to discourage people from voting for them.


In a recent article in the satirical The Onion, the author in a few short keystrokes points out the folly of modern American politics.  Both Trump and Biden are playing a game of trying to get the other side to denounce supporters, which is an interesting trick.   Trump accuses Biden of supporting a far-left agenda - medicare for all, green new deal, and so on and so forth.   There are Trump yard signs even saying this - "Biden supports Illegals" and "Biden supports BLM!" for example.


The trick is to get Biden to denounce far-left politics and thus turn off a portion of his own voter base.

It is an interesting strategy - and one that could backfire.   A far-left voter, who is disappointed that Bernie wasn't nominated might see such signs - alleging Biden is far-left - and say, "Gee, if that's the case, I'm voting for Biden!"

The flip side is a little different, of course.    Biden asked, at the debate, if Trump would renounce the far-right neo-Nazis and actual Nazis.  Shockingly, Trump declined to do so, and in fact, encouraged them.    Trump is in a tougher position.  He can't afford to turn away voters of any stripe, given how narrow the race is.   And dog-whistles may no longer be working - or he just flubbed his dog-whistle at the debate.   Either way, Trump is in the same boat as Biden, needing votes from odious people.  The big difference is, the odious people on Trump's side are far more odious than on Biden's.

I take a piss on the Antifarts a lot here - they are misguided people who think they are saving the world, when they should be saving themselves instead.  And their misguided efforts are making things worse, not better.  Rioting and attacking the police isn't going to help the Left, it will only insure Trump is re-elected.  But they believe what they are doing is helping to fight fascism - even if it is just a flimsy excuse to engage in violence and having a good time.

On the other hand, these basement Nazis, well, they want to annihilate entire races of peoples.   So on a scale of one to holocaust, I'd give the Antifarts a five and the basement Nazis the full boat.   Communism may be evil because of the way it is practiced.  Socialism may be impractical.  But racism - the idea that some people, by dint of their skin color or background don't have equal rights, or even a right to exist is right off the Richter scale.

But it is interesting to consider who the voters are for each candidate - they are not a monolithic bloc. On our little island, there are wealthy people who are voting for Trump because they are wealthy people and expect to benefit from his policies.   There are also poor people who live in rural Georgia who vote for Trump because they hate [N-word]s. These are not very smart people and easy to convince to vote against their own self-interest, if you bait them with a little racism.

Republicans have, in recent years, had to knit together a coalition of supporters who are often at odds with each other.  Wealthy, educated people may vote Republican for certain financial reasons - or at least in the past.  The cries of balanced budgets and lower deficits seem to have fallen by the wayside in the era of our debtor President.   And maybe Trump is losing those voters as a result.  Educated voters are also turned off by the bombast and the racism - overt and covert - as well as the spectacle he has made of the Presidency.  They are also turned off by their fellow voters.

In order to cobble together a voting majority (at least in the electoral college) they had to convince a lot of very poor people that things like tax cuts for the top brackets, as well as reduction or elimination of the Gifts and Estates tax, would somehow benefit them.   Cletus living in the trailer park pays little or no taxes, other than the euphemistically named "Payroll tax" which is another way of saying "Your contribution to Social Security and Medicare that you will get back, eventually".    But you never want to say you want to cut that, do you?

Well, you can, if you convince Cletus he will never collect Social Security - it is the siren song of the GOP since I was a kid.  When I was 25, I was pissed-off that my paycheck had all these "deductions" in it - why shouldn't I get more money?   The GOP told me back then that the whole Social Security scheme was hooey and I would never collect anyway.  Why not abolish it and I'll get more beer money?   Heady stuff for a 25-year-old.

What they don't say is that Social Security will fail only if they let it fail on purpose, and that cutting the "Payroll tax" as (unfortunately) Obama has done and eliminating it as Trump has proposed, only insures that Social Security will pump the well dry.  And unfortunately, the "fix" for Social Security will only get worse over time.  It is like the guy who waits until he is 55 to start saving for retirement - he has a lot of catching-up to do!   Similarly, these ill-advised cuts to the payroll taxes, or the lack of increase in the payroll taxes (brought to you by your friendly local GOP!) mean than when the time comes to confront the issue, it will be that much worse.

The Republican's promise of Social Security going broke is a self-fulfilling one.  Starve it for cash over the last 20-30 years, and they will get their wish and say, "See, told you it wouldn't work!"

And people will fall for that line, too.

In our travels through rural Georgia, the Carolina's, West Virginia, Western Pennsylvania, and a nasty little section of New York called "The Southern Tier" or what others refer to as an extension of Appalachia, as well as "the North Country" - the Adirondacks and the St. Lawrence river region - we see a lot of Trump yard signs in front of the worst sort of hovels imaginable. We're talking trailer homes that are run down, or houses with siding made of unpainted particle-board, with tufts of pink insulation poking out.  Or people actually living in old motor homes (in cold New York!) with a wood stove poking out a window - or the smoky remains of all three, after a wood stove fire.

These are not necessarily poor people, just dumb.  Usually, there is an assortment of trucks, cars, motorcycles, jet skis, snowmobiles, and RVs parked on the front lawn, most of it out-of-order.  Like most of the "poor" in America, a lot of money passes through their hands, they just can't manage to hang on to much of it.  Internal combustion engines take up a lot of their income.

We ask ourselves, "How are Trump's policies working out for them?"  Is "trickle-down" economics improving their lives much?   Did building the wall mean more jobs for them?   I wonder, sometimes, about this.   I mean, if Trump's policies were really working, wouldn't their homes look a little better than the slum shacks in Venezuela?

These are the same folks who say, "Get those [N-words]s off welfare!  But don't touch my Social Security or Medicare!"  They believe in the myth of "Welfare Queens" - which died off under the Clinton Administration when welfare reform limited payments to five years for your lifetime.  These are the same people who decry "Obamacare" but love their plan under the "Affordable Care Act" and don't see the irony.

These are the people Trump needs to snooker in order to win.   So yea, you can't expect him to denounce white supremacy, even if he didn't personally believe in it (and what he really believes, we don't know for sure, other than himself).   He, like the rest of the GOP, is more than willing to use people in order to get elected.

And if you are shocked by any of this, bear in mind that only 50 years ago, the "Solid South" was solid Democrat, and the Democrats played the same game - appealing to the racists and Klansmen of the South to get elected to national office.  Times change, and the parties have switched allegiances.  The liberal Republicans of the 1960's are now the conservative Democrats of 2020.  And the rednecks and racists have gone from the party of their grand-daddy to the GOP.