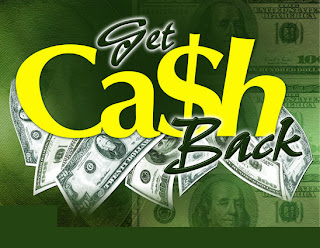 Chasing rebates, coupons, flyer miles, or cash back bonuses is not financial acumen, but rather falling into a marketing trap.

Many folks today like to think they are "on top" of their finances.  After all, they carefully track their frequent flyer miles as well as their bonus club coupons! But these sorts of economic behaviors are not signs of real financial acumen, but rather just an example of falling for marketing gags which are aimed to modify your behavior.


They throw pennies at us, hoping we spend dollars.

What do I mean by this?  Well my first revelation came to me at BJ's Wholesale Club.  They mail you these coupons in a book, and then have sheets of them by the front door.  You look at the coupons and then go through the store looking for the "bargains".  And it is funny, you see the same people, with the same coupons sheets in hand, at each location you go to.  It is like we are all on a treasure hunt!

Is this saving money or smart finances?  Not really.  Most of the coupon prices are still higher than the "store brand".  Paper towels are a prime example.  The name brands, even with coupons, are usually twice as expensive as the store brands.  If you just went by the coupons, you'd pay more.

It reminded me of Disney World.  If you go to Disney, you'll see that they are masters of the art of crowd control.  You "wander" around the property and get in their famous lines, thinking all the time that you have chosen your own path and are exercising self-determination.  But in reality, you are following a predetermined path set up by them.  You exit one ride and look around and the most significant thing you see is a carefully planted sign for another ride.  "Hey, let's go on that!" you say, and think it was an original idea.

In a way, it is like cattle going up the chute at the slaughterhouse.  I am not dinging Disney - the result there is that you have a pleasant time and see most of what there is to see, without it seeming like you are being herded about like cattle.  And since you already paid one price for admission, they are not using this scheme to take money from you.

But in other economic activities, companies use these schemes to get you to think you are using financial acumen, when in fact you are following a chute up to the retained-bolt gun.  You think you are engaging in economic acumen, but in reality, you are being distracted from the real cost - the real economics - of a transaction.

The more complicated you can make any economic transaction, the easier it is to fleece the consumer.

Here is a short list of faux financial activities that give the consumer an appearance of managing finances, but in reality are just providing a well-worn path for you to follow, while you fool yourself you are being a "smart shopper":

1.  Couponing:  Couponing creates a complex mechanism whereby prices can be obscured.  In chasing the coupon deal, you may end up spending more.  Only the most astute couponer - who makes a hobby of the craft - can track these things and truly get the great bargains.  But that sort of effort takes up a lot of your time, which most of us don't have.

Shopping at a store that provides better prices overall is far better than trying to score some coupon deal, unless you have a lot of time to spend comparing prices and visiting multiple stores to snag the best deals at each store.

Again, the idea is, you chase these "throwing pennies at us" deals without looking at the fundamental underlying transaction.  They waste our time with this stuff, creating unnecessary complexity in a simple economic transaction (you give money, they give food) so that you have less time to think about the fundamentals.

And therein lies the key behind these deals:  They are time-bandits.  If they can get you to spend your time tracking coupons and loyalty card points instead of looking at overall prices, they have you.  Because at that point, you stop cross-shopping at other stores and stop comparing prices.  Instead, you compare prices only in-store and try to work the loyalty points.

3.  Frequent-Flyer Miles:  I have written about this before as well.  You get a 25% interest credit card to get "free miles" - but if you ever carry a balance (ever, ever) you end up paying $500 for that "free" flight, which would ordinarily be $99 if you booked it in advance.

Again, the game with flyer miles is to get you to stop shopping prices on airfare, but instead shop only within the one airline brand.  If you stop looking at the competition, or worse, intentionally pick higher fares out of "loyalty", then they have you.

And tracking flyer miles and their arcane rules is nearly impossible to do.

4.  MINT and other "spending tracking" sites:  MINT was a site that would give you little pie-charts about your spending, if you were willing to hand over the usernames and passwords to all your banking and credit card accounts.  In return, you'd get a little pie chart showing your spending, and some "helpful links" from advertisers as to better deals.  It was faux financial planning at its worst.

In return for handing over the keys to the kingdom, you get back SPAM.  And many folks would congratulate themselves for being financially astute, as they look at their MINT pie chart.

A better approach is to log all your spending in financial software.  You have to do this if you want to get ahead, period.  By doing so, and checking your bank and credit card balances daily you can avoid excess bank fees, understand how much money you have to spend, and really understand where the money is going.

MINT is an interesting concept, but since it won't track most of your expenses (mortgage interest, cash purchases, etc.) it doesn't really provide a window into your financial situation, just a peephole.

5.  90 Days Same as Cash, Cash Back, Rebates, etc:  These fall along the same lines.  I have written about the 90 days same as cash deal - and how dangerous it can be.  They want you to think you are "smart" by paying over time "interest-free", but they know you will likely slip up and not pay it off in time - and end up spending hundreds more in interest.  Better to walk away from "deals" like that than to get involved.

Discover had a "cash back" scheme that required a lot of your time to manage and provided pennies back for tens of dollars in purchases.  Again, using a time-bandit to distract you from the underlying financial transaction.

Rebates sound like a great deal, but again are just a time-bandit designed to distract.  Why not just lower your prices instead of offering "rebates"?  Because they can obscure the fundamental cost of a transaction this way.

6. Extended Warranties:  I recently wrote on this as well. The problem with extended warranties, to me, is that instead of playing mechanic and fixing my car, I end up playing lawyer and arguing that a repair should be "covered".  3rd party warranties are particularly problematic, as they deny coverage all the time, unless you make a fuss.

You hand over a pile of money to these people, and then have to argue to get some back later on to pay for a repair.  Why not just put the money in the bank and use it to pay for repairs later on?   It is far simpler and in most cases you'll come out ahead.  And if the risk of a $3000 repair frightens you, then you really, really have to get your financial house in order, not insure against trivial expenses.


So, what's the solution to these schemes?  For the most part, the best and easiest thing to do is to just chuck them entirely.  Unless you fly on business at least once a month, you are not going to "make out" on a frequent flyer program.  Trying to get free flights on a credit card is hard to do on its own, and the miles will expire faster than you can spend.  And the risk of high interest payments is too great.

Simple, direct economic transactions are the best.  This is why buying a late-model used car from an individual is the best - you hand him cash, he hands you the keys.  No rebates, financing, extended warranties, undercoating and paint sealant, leasing terms, or other finagling to deal with.

Faux Financing on the other hand, obscures all of this with these ancillary terms, which often involve second order derivatives to understand the full cost of.  So your typical consumer comes back from the car dealer crowing about how they "put one over" on the car salesman and "got a great deal" when in fact they really have only a vague idea of what they paid for the car, overall (they may tell you a number, but chances are, it is not correct).  Worse yet, most can only tell you the monthly payment.

Discounts, rebates, coupons - Gimmicks.  Nine times out of ten, the simplest and most direct financial transaction is the best.  A basic credit card with a low interest rate, like Capital One (7.55%) is better than a high-rate card with cash back or flyer miles.

Shopping at a store like Wal-Mart, which has low prices and no "kickback" schemes is usually a better deal than looking for "BOGOs" at Publix or trying to get $5 off your gas at Food Lion.  And just buying a $99 plane flight on Southwest is better than chasing frequent flyer miles on United, particularly if you don't fly that much.

Granted, there are exceptions to the rule.   As I noted, if you fly once a month, you will rack up the miles, and it makes sense to enroll in the frequent flyer club and use those miles (usually for upgrades).  But for the occasional flyer, they are not worth the hassle.  Worse yet is to fly more on the premise that you are getting "free miles".  And incredibly some folks do this, as belonging to a miles club does induce people to fly more, as they are on an e-mail or mailing list, which in turn promotes consumption.  One traveler I met actually would add links to his flights to increase the number of miles he would travel to earn more "rewards" (!!)  It makes no sense.

SIMPLE is best.  Use your emotional energy to balance your checkbook, track your expenses and make real financial decisions, not faux ones.  If you are spending all your energy on coupons and cash-back schemes and are bouncing checks, then no, you are not being financially astute!
Newer Post Older Post Home