Should you Donate Your Car to Charity? 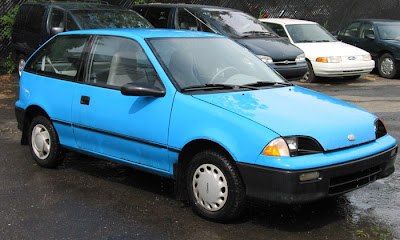 Is donating your clunker to charity a good idea?  Maybe.
It is not the lucrative loophole it was prior to 2005!


In response to my posting about Donating to Charity While Heavily in Debt (a bad idea) I received a response from a fellow who runs a "Donate Your Car to Charity" gig.  Since this appeared to be SPAM, I did not post his response, even if it was sincere.  Many folks post comments with the idea of generating traffic to their own sites, which are hyper-linked to their name.

But it raises the question, should you donate a car to charity and get a tax write-off?  Well, the answer is a qualified "Maybe".

In the old days - only a few years ago - many people did this and sort of abused the system.  They'd donate their old car, motorhome, or boat with a blown engine to a qualified charity, and then write-off the Blue Book Retail Value of the vehicle on their taxes (this is a deduction, not a credit, so it decreases your taxes by the amount of your marginal rate).  It was, of course, cheating.

Problem is, the retail book value is not the fair market value of the car.  And if the car was trashed (blown motor, etc.) it might only be worth a few hundred dollars - less than the amount saved on your taxes.

People liked this, because the tax deduction ended up saving them more in taxes than it would have netted them from selling the actual car.  Or at the very least, they reduced their taxable income by more than the value of the car on the open market (what they would get for selling it).

So yes, this was a good deal, but it was also cheating on your taxes.  And the IRS has taken steps to put a stop to it, which makes the whole deal a lot less appealing.

As illustrated in this older version of an IRS pamphlet and in this 2004 press release, the IRS first tried to make sure people reported the "fair market value" of the car.  In other words, no more deducting "Book value" but instead, you had to use "fair market value" which is sort of hard to determine.

Of course, such a system is hard to police, and people still abused it - claiming Retail Blue Book value for junkers donated to charity - when in fact they were worth little.  And since the IRS was understaffed, well, it meant that there was little way for them to check out all these deduction claims.

Since then, they have tightened the rules quite a bit, as reflected in this 2008 pamphlet, which discusses the gross proceeds rule promulgated in 2005.

In other words, the party is over for donating cars.  The amount you can deduct for donating an old car is what the car gets at auction - and most clunkers are sold at auction for only a few hundred dollars.  And you'll need a signed document from the Charity saying what the car sold for.  In fact, you'll need a lot more documentation than before, just to take the deduction!

So is donating a car to charity a good deal?  Well, it is no better a deal than selling the car and then making a cash donation to the charity.  You come out even-Steven either way.  And actually, if you can polish up the car and make it look good and get good money for it, you will likely get more cash for it selling it yourself, than the charity will get for it at auction.  So if you sold the car and then donated the proceeds, you could give more to the charity, get more of a deduction, and have less paperwork hassles as well.

The reason the IRS tightened this rule was simple - people were abusing it.  People were writing off fantastic values for cars that ended up selling at auction for $200 to $500.  And the IRS could not police this practice.  Since the rules have been changed, the amount of donations to charities have dwindled considerably.  It was a good racket for taxpayers - and for the charities - while it lasted.  But it was not fair to the rest of us who played by the rules.

If you have an old car worth $500 at auction, and you don't want the hassle of selling it or having it towed away, then donating it to charity might get you a good tax deduction and avoid a lot of hassle on your part for disposing of what is a trivial asset.  But don't think you are going to "come out ahead" or "cheat Uncle Sam" with such a donation - any more.

And if you think about it - aren't those horrible reasons to donate to charity?  To cheat?

Read the above-cited pamphlet and article carefully, though.  There are exceptions to the donation rule.  For example, if you donate a usable car to meals-on-wheels and they use it as a car (instead of selling it at auction) then you MAY be able to deduct fair market value (fair market, not blue book!) for the vehicle.