Jump on the Dot Com Bandwagon! Maybe not... 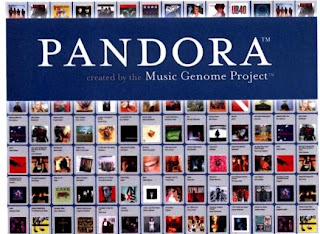 Pandora is taking advantage of all the dot com hoopla by doing an IPO of $100 million.

As Yogi Berra would have said, "It's Deja Vu all over again!".  The American economy, reeling from a recent recession as well as a meltdown in the Real Estate market, looks to the Internet a the salvation to the economy, and people go berserk investing in "dot com" start-up companies.

The year was 1994, and the resultant "dot com" meltdown wiped out many folks' portfolios.

Are we poised to see the same thing again?  I think maybe, but maybe this time around, things are a little bit different.

Pandora, the music site, is doing an IPO of $100 million.    Like most of these dot coms, it has yet to make dollar one (Facebook is in the same boat).  Is this a good chance to get in on a "ground floor" investment?  Maybe.  Maybe not.

I use Internet radio, but not Pandora.  Why?  Because if you use Pandora, you either have to endure tons of ads, or pay a yearly fee, both things I prefer not to do.  Also, Pandora has an algorithm that tries to figure out what you want to hear and then play only songs you like.  While that might sound fine to most folks, who like to drink only their favorite brand of light beer and eat only the comfort food from the local chain restaurant, for a person who likes to try new things, Pandora has no place.

What I like about listening to Internet radio is that I hear things I otherwise ordinarily wouldn't hear.  Many Americans are abandoning traditional FM radio, as it is just the same play-lists played over and over again - the greatest hits of the 60's, 70's, and today!  Stay tuned for yet another playing of "Brown-Eyed Girl!"  One tires of the same old thing and wants variety in their kibble.

So while Pandora might be interesting to some, the idea that we all want to hear only what we want to hear (the Fox News model of music) is limited.

And while Pandora might claim to have a proprietary "algorithm" for music listening, others can deduce similar models and start up their own, competing companies, with few barriers to entry.  In fact, have you looked at how many Internet radio stations there are out there - there are thousands of them!

And most importantly of all, Pandora has yet to make dollar one.  As the number of listeners increases, the amount of royalties they have to pay increases.  So far, they have been playing catch-up, like so many Internet companies, where expenses increase faster than revenues - or at least keep pace.

To make more money, they either need to expand a lot faster, increase advertising (SPAM the customers) or increase user fees.  All of which are problematic.

So what's different about this-time-around dot-com fever?  Well, at least at the present time, the IPOs and hoopla are at least for established companies with followers and users - some of which might even be profitable.  Facebook, for example, is at least popular, even if not profitable.  Pandora at least has a following, if not a good balance sheet.

It is not like the bad old days of 1995, when some guy with an idea and a website would do an "elevator pitch" to a Venture Capitalist, and the next day the tech pages of the local newspaper would be all agog about some new website that - this time for sure - would change your life forever!  After all, who could live without Pets.com?

But problems remain.  The largest is that most of these websites can be quickly copied - particularly the profitable ones.  Groupon has made quite a hit very quickly, and quite quickly has spawned a number of knock-offs, one of which, funded by Google, has some power behind it.  (I was chagrined the other day to go to a website and see a "living social" coupon pop-up and obscurea Groupon ad - these people are playing for blood!).  And it remains to be seen if the Groupon concept is sustainable, or just a fad.  Even Facebook could be just a fad - I tired of it after about a year.

So yes, Pandora might be the "next big thing" - but the history of the Internet is a series of "next big things" that end up being nothing in a few years.  Remember MySpace - that is a lesson in humility right there.

Some Internet companies do endure, to be sure.  eBay and Amazon appear to be here for the long haul (although I find myself visiting both less and less as the "bargains" disappear and the user fees get higher and higher).  But for every Internet company that succeeds, there are 100 or 1000 that fail, and spotting the winners is often hard to do, except in retrospect.

For example, who would have known that the Huffington Post would endure?  I never would have through a blogsite like that would end up being a major news source.

Maybe this time around, it won't be like 1995.  People won't cough up good money on speculative, money-losing investments.  And this time around, we don't seem to be hearing the stupid mantras from back then, like "Profits are a thing of the past!  This is a new paradigm!"  In fact, the common denominator of these new era dot-coms is that people are looking at them and trying to figure out how to make them profitable.

But I am not sure how selling stock is going to accomplish that, in most cases.  IPOs are often a means for the Venture Capitalists who funded these sites to "cash in" by selling out their investment in the company.  So you can invest in Pandora, but you have to hope it shows a profit, or like the VC's before you, hope there is "some greater fool" than you who will pay even more for the stock down the road.