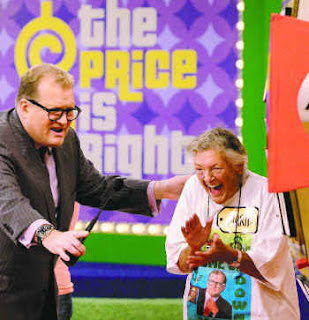 The Market is often touted as the true indicator of pricing.  But while the Market rarely undervalues things, it routinely overvalues them - by large amounts.
In many financial transactions, the market value of items is often far less than what someone pays for an item - which tells us that people routinely overpay.

For example, if you go to the New Car Dealer, and negotiate a reasonable price on a brand new car, the minute you drive it off the lot, it is worth 5-20% less than what you paid.  That is not a small amount of money.

If, the next day, you decided you made a mistake, and took the car back to the dealer, they would give you far less than what you paid for the car.  It is a USED car now, and even though there may be only 5 miles on the odometer, it is worth far less.  Audi, in an effort to move slow-selling TT coupes a few years back, had dealers move them to the used car lot, and knock thousands off the price - just to preserve their reported "new car" pricing reports.

But what the market says a car is worth, even with only 10 miles on the odometer, speaks volumes about the real value of a new car.  And this staggering initial depreciation hit illustrates how you are overpaying for a car, when you buy a brand new one, and why leasing sucks so badly - as you are paying for this initial hit as well (without the benefit of making it up on the back end, where depreciation is so much lower).

And a similar effect is true with American-made cars.  They depreciate significantly as they age, and thus are often a horrible bargain.  The market doesn't think much of a 3-5 year old Impala, but values a 3-5 year old Camry highly.  You can argue all day long that an American car is "just as good" as a foreign make, but when it comes down to putting cash on the table, people are staying away in droves.

And just wishing something to be true, doesn't make it so.

Market values can be skewed, of course.  As I noted in an earlier posting, when Toyota made Corollas in California at the NUMMI plant, the resale value on the Corollas was much higher than the identically badged Geo Prisms, which made the Prisms a better bargain for consumers.  Granted, the GEO was "de-contented" a bit, which accounts for some of the difference in market valuation, but not all.  There was some effect also in that people recognize the brand name of  Toyota, but not GEO.

But overall, markets do not often undervalue things - and when they do, not by much.  They can, however, staggeringly over-valuate things, which is something to look out for.

For example, back in 1995, I bought a duplex near the Huntington Metro for $95,000, which to me seemed like a fair value in a neighborhood of $85,000 to $110,000 homes.  Moreover, at that price, I could rent the property at slight profit.  In my mind, the property was properly valuated, as it could be rented for about the cash-flow cost.

Then the market went beserk - prices jumped by 10%, 20% then 30% per year, until this simple two-bedroom, one-bath house was valued at over $400,000.  The market clearly over-valued the property, and not suprisingly, within a few years, prices dropped dramatically.

The thing to note here is that in terms of market undervaluation, the amount of undervaluation was not much, if any.  Perhaps when I bought the home at the nadir in the market, I may have underpaid by 5-10%.  But when the market went beserk, the valuations were nearly 100% over any rational value.

And the reason why this is so is simple.  When real screaming bargains are out there, smart folks snap them up.  When I visited Cape Coral two years ago, listings in hand, everything was SOLD by the time I got there.  Houses that had sold for $500,000 two years before were sold for $75,000, and not surprisingly, they didn't sit on the market for more than a day or two.  Bargains do not languish on the market unsold.

And this is why the price differential and the depreciation differential between US Automakers and Foreign makes is so pronounced.  No one thinks a used Malibu is a "bargain" and rushes out to get one.  Perhaps the market might be undervaluing American Iron somewhat, due to legacy concerns with quality, poor design, poor styling, and poor assembly (concerns that are, to some extent, extant) but this would only account for some of the price differential.

If the market irrationally priced these vehicles, then bargain-hunters would be snapping them up, which in turn would increase demand and thus increase prices.  But it ain't happening.

Markets may over-value some commodities on occasion, but often these over-valuations (like with Gold today) are corrected - eventually.  But rarely do market valuations under-value a commodity by very much.  Thus, it is hard to make money by looking for "bargains" to resell at market value.  However, it is very easy to re-sell something bought at market value for an inflated value, if you can get the great unwashed masses to over-valuate what you are selling.

And that, in short, is how people make money selling Timeshares, New Cars, Condos, and other bad bargains.  They don't "buy low, sell high" - they buy at a normal price and sell at an inflated price.  The poor sucker who falls for this ends up with a loss, right off the bat!

The used car dealer is a case in point.  He buys cars at trade-in prices, which are what you'd get for selling your car in a private party sale or as a trade-in.  This is the real market value of the car.  The car dealer isn't getting a "steal" on a used car, merely paying market value.

Where he makes his money is in convincing a buyer that the car is worth more than this market value.  By using high-pressure sales tactics, offering financing, etc. he can convince some poor slob than an 11-year-old Firebird is worth over KBB book value.

The secret, for the consumer, is to understand real market values, and be able to distinguish them from inflated values.  You need not seek out "screaming deals" but rather ordinary bargains.  Buy a car from a person, you pay market value, which is 20% less than what the dealer charges.

Whenever you purchase something, ask yourself what the market value of that item is - what that item would sell for, 10 seconds after you purchased it.  Chances are, the answer is a number far less than the retailer wants you to pay.  And if you can score such a bargain - and the Internet makes this easy - you can save yourself a ton of dough.
Newer Post Older Post Home