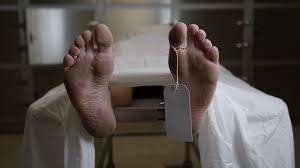 It was the Democrats election to lose - and they may have lost it.  This may be a good thing, though.

If Biden loses, this may turn out to be a good thing. As several readers have noted, much of the "stimulus" is slated to expire soon.   Foreclosure and Eviction forbearance will end and people will be booted out of their houses - if they can't afford to pay rent or the mortgage, because they lost their job and the Payroll Protection Program has expired or their expanded unemployment benefits have expired.   Things could go South in a real hurry come January or so - just as a new President is inaugaated.

Joe - do you really want this?  The Republicans will call it the "Biden Recession" and elect an even bigger idiot next time around.

If Trump is re-elected, he will have to own this, along with the bankruptcy of several airlines, Boeing, many, many chain restaurants and retail stores, and so on and so forth.  Sure, there are plenty of "help wanted" signs around these days - many paying the vaunted $15 an hour the "progressives" pine for.  But few people are taking them - they are menial jobs and involve heavy labor and provide few, if any, benefits.

But why, after four years of a drumbeat of Trump-hate, did the Democrats not do better in this election?  They should have taken the Senate, several Governorships, and the Presidency.   There are several answers, I believe.

First is incumbency.   Even with a buffoon like Trump, there is an advantage to being an incumbent.  You have a neat plane to fly around in, as well as a phalanx of Secret Service agents.  What does the opponent have?  A bus.  But beyond that, it has been demonstrated time and time again that people tend to over-value what they already have, and under-value something new.  Their old jalopy in the garage is a priceless collectible, while that new mid-engine Corvette is clearly overpriced junk - right?   Well, it is a human thing, and one reason why people cling to outmoded health coverage rather than risk it all with "Medicare for all" or something like it (Funny thing, the healthiest people I know are on Medicare - they've been rebuilt, piece by piece, and you never hear them complain about co-pays or deductibles.  Lousy plan - I can't wait to get on it).

Second are the protests - they got out of hand and Democrats let them get out of hand.   The let this "Chop" thing go on for far too long, and only shut it down when people were being killed.  It was a national embarrassment - letting anarchists take over city blocks - people's homes, businesses, and even a police station.   But the Democrats were worried about offending a bloc of voters who never vote anyway.  So they let this nonsense go on - and it goes on even today.

Compounding that was the fact that many of the rioters and looters were either plants from far-right groups, or instigated by plants.  This isn't some wild conspiracy theory, but verified fact.  I said early on that Trump would run on a "Law and Order" platform, and he did.  People were worried about driving down the highway and seeing it blocked by protesters, who would then throw rocks at their car or bang on the hood. They try to drive through the protest and they are charged with a crime.  Maybe it is an overblown worry, but such things did happen to some folks.   Laying in the road or blocking off streets isn't protesting, it is passive-aggressive violence.  Jumping on someone's car or banging on the hood is simple assault.

Sadly, these protests played right into the hands of the right - and they never ended.  Every police shooting was grounds for a new protest - even in cases where the "victim" was shooting at the Police first!   Of course, people spread stories on social media that the person was "unarmed" and a "father" and not a gang-banger.  His high-school graduation photo was always shown, never one of his several mugshots.   America wasn't buying it.

And idiotic things like "Defund the Police" were going nowhere, other than to convince a lot of people that Democrats have lost their minds.   It didn't help any that many Democrats waffled on this - again, not wanting to offend a bloc of voters who rarely vote.   Biden was similarly silent or vague about "Court Packing" which even Roosevelt realized was a bad idea.  Put two more justices on the Supreme Court, and the next President adds two more - and so on and so forth, until there are more justices than legislators.   It is just a bad idea all around, and Biden should have shouted it down, rather than claiming to "study" it.

But like I said, if Biden wins, he may wish he didn't.   The economy is likely to crater next year, and he would have to own that.  The Federal coffers are already bare and we've already borrowed record amounts of money and slashed taxes.   An intransigent Senate would block every bit of proposed legislation, just to insure that Biden was seen as a failure.   Politics as usual.

Joe - concede before it's too late!

On the other hand, if Trump wins - through the electoral college and legal chicanery - he will be seen as an illegitimate President, and the coming recession will be blamed on him (the GOP will try to pin it on Pelosi, of course, but even Americans are not that stupid.  Well, maybe).   Democrats will pick up Senate seats in the 2022 mid-terms, and in 2024, could win by a landslide, after even the most hardened Trump supporter is disgusted by the carnival side-show that the Trump Presidency has become.

Perhaps.  Maybe in an alternative universe, the economy rockets forward, fueled by Trump's financial genius - borrowing yet more money and then defaulting, as he did with his casinos, airline, and every other business venture he has been involved in.  Hell, maybe we could sell the country to the Saudis.  They have money, right?  He'll make a beautiful deal....

I think the bottom line is that a decade from now, we will realized we have been trolled by a lot of this far-left crapola about how the Police are all evil and white people are inherently bad.  The stuff is so far "out there" that it had to come from some Russian troll farm.

I mean, come on, reasonable people can't really believe this crap, right?  I mean, outside of a college campus, that is...