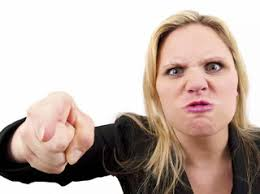 People who create are always under attack from those who consume.

One of my guilty pleasures is reading the comics.   Since I was a kid, I enjoyed the "funny papers" but of course, they largely don't exist anymore, and when you do see them in a printed paper, well, they are kind of lame - often the same "funnies" my parents read back during the depression.  I kid you not.  Some of the newest "comic strips" left from United Features Syndicate or whatever are re-runs of Peanuts whose creator died long ago and whose punchlines are far past their sell-by date.  Some are still funny, though.

But online, there are comics galore, on reddit r/comics (the only thing there that isn't toxic) as well as many hosting sites and websites.  The more "successful" artists have their own pages, but I doubt they make much money from these enterprises.

One common theme among amateur cartoonists is how sensitive they are to criticism.  The spend hours drawing and inking a comic (or creating it on their computer) and then post it, only to have some lout comment, "That's not funny, and your artwork sucks!"

Funny thing, though, the person commenting never creates a comic of their own, so really isn't in a position to judge anyone else's work.  And in some instances, if you click on the name of the person making the disparaging remarks, you are sucked into a rabbit-hole of gun-nuttery, conspiracy theories, and Trumpism.   And none of what they post is original content, either - it is either re-postings or just snarky comments tearing down what someone else said or made.

I used to have comments enabled on this blog, but all I got was a lot of grief.   Either people would start fighting with each other, or someone would post SPAM, or people would try to troll me.   I would get comments from someone, telling me that everything I said was wrong (leasing frees up your cash-flow, after all, right?).  I would suggest to them that they start their own blog, if they really wanted to get their point across.   Few, if any, did.

But some folks can't do anything - and often they are the ones who complain the loudest.  The guy who said "your comic strip sucked!" never created anything, other than to upvote some Qanon conspiracy theory.  The lady who sent back the entree at the restaurant has a gourmet kitchen at home, and it is never used for anything, other than to re-heat the stuff she brings home from restaurants.   People who do nothing but consumer are depressed people, and while we like to feel sorry for depressed people and the mentally ill, these are also dangerous people - often literally.  If nothing else, they are corrosive to your soul.  The depressed person wants nothing more than to make other people depressed.

The consumer is Karen (or Kevin) - she (or he) wants to speak to the manager.  She has no real skills other than complaining about things.  These are  people who are quick to upvote or downvote things, or "like" or "share" them online, but rarely actually create anything of their own.   They can't, because they are scared - scared their own creations will be savaged the same way they savage others.

And the powers-that-be know all about this, as they designed these systems to frustrate us, intentionally.  Yet we are drawn back to the cable company or the Internet service provider or the cell phone company, like moths to the flame.  The idea of not consuming is alien to most of us.

I like creators.  Consumers suck.  And when I am a consumer and not a creator, I am not comfortable - I have given up any power or control in life when I merely consume.  Consuming leaves you feeling hollow inside.  And that is why consumers lash out all the time at creators - because their only way to "create" in life is to complain.  It is Marie Antoinette saying "Let them eat cake!" - the only thing she can accomplish is to be a haughty bitch (well, that is the mythology, anyway.  Maybe she struggled for social justice - who knows?).

When I go to a car show or some sort of craft fair or whatnot, I am always drawn to people who create, no matter what their level of skill or artistry is.  The guy who fixed up his old car and put it on display is more interesting to me than the guy who paid a bunch of people to fix up his car for him.  The former drove his car there, and put a wrench on every single part himself.  The latter trailered his car there - it is little more than a talisman of a car at this point - and then shows it off.  Sure, it looks cool, with the professional paint job and all the fancy accessories.  But his only talent was in writing checks or reading credit card numbers over the phone.

What is interesting to me is how many creators end up in the thrall of consumers.  Many a talented person squanders their talents, trying to please some Karen or Kevin, and thinking their work is not worthy, because someone said something negative about it.  And maybe this is how the "1%" ends up enslaving the rest of us - by getting us to think that we deserve little else in life, because we are not the superstars we see on television or the gifted celebrity artists, engineers, or businesspeople.  But a funny thing, when you scratch the surface of those superstars, you discover they failed often in life and failed often.

This is not to say that we are all as talented as all that, only that just because our work is worth less, doesn't mean it is worthless.  And those who rise to the top of the dung heap of life are often there because of a combination of talent, hard work, and a little luck.   There are scores of people with more talent who never succeed, often because their own minds hold them back.   They try to do something and wither up and die the first time someone makes a snarky comment on YouTube or whatever.  And sadly, I see this all the time with sensitive artist types - they create great works, but have no self-confidence.  Long after they are dead, some consumer-type buys up all their work and promotes it and makes a fortune.  Kind of sad, really.

I am not sure where I am going with this, other than it seems our society wants us all to become consumers and not creators.   Don't bother trying to make or do things - just sit back and watch a YouTube video of someone else doing something.  Leave it to the experts, they tell us, our lives are to complex for amateurs to involve themselves.   Follow the advice of the shouting guy - you'll be a millionaire in no time.  Deduct your way to wealth!  Lease your way to privilege!  It is all so easy, just sign here and become one of us - and then you too, can be Karen and ask to speak to the manager, when something isn't to your exact specifications.

They want us to do this - to play the same old tune on the four-key piano that is Facebook.  Post a picture of your dinner at the chain restaurant - and in the comments, complain about the service and crow about how you got the manager to give you a free dessert.  Buy a meal-kit and have it delivered to your door - or better yet, a prepared meal!  Order now and get free food!  Only an idiot would try to cook - leave that to the expert chefs.

We see this in the "right to repair" movement - how our technology has gotten more and more complex, and so many of the devices we own are "sealed boxes" and "proprietary technology".   Put a battery in your iPhone yourself, and Apple will punish you by bricking it.   Your tractor breaks down, and you have to go to a John Deere dealer to get the onboard computer to recognize the replacement part.   You can't refill the toner in your printer or photocopier, unless it has a copyrighted chip in the cartridge.

Sure, there are workarounds that clever people figure out - and I admire that.  Like the fellow who installed a trailer brake controller in his F150 himself.  The Ford dealer wanted $70 to "program" the truck's computer to recognize this new component - more money than the spent in the part on eBay!  He figured out that New Holland tractors (formerly Ford tractors) used the same computer hardware, and the tractor dealer programmed the code for $30.  Still $30 more than I would have wanted to pay.

It is tempting to become a consumer and not a creator - to view the world as a menu at a Chinese restaurant, where you select one from Column A and one from Column B - and then specify your "protein" (ugh!) or just go for the "special" - and then complain about it all on Yelp.   Yea, we all do it on occasion - even I.   But it is no way to live.

Don't let consumers get you down.  Keep on creating, no matter how modest or amateurish your creations are.   The people who will shout you down create nothing - and no, complaining isn't creation.