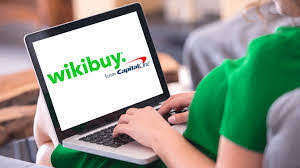 The best you can hope for, in the marketplace, is a reasonable price.  Screaming bargains are hard to come by.

A few weeks ago, I broke down and signed up for "wikibuys" from Capital One, as they had been nagging me to do it for some time.  I figured, why not?  Blog meat!

Well, after a few weeks, I finally had a chance to use it.  Our Merrell Moab Ventilated sneakers were over three years old, and even with "Mr. Scholls" inserts, they were wearing out.  As Mr. See put it, "Damn, your sneakers smell bad!"  I tried cleaning them with a variety of chemicals, but they are still kind of worn out.

If you leave your shoes or sandals outside the camper at night, critters explore them.  We found one set of Birkenstock plastic sandals scattered across the campground, with pecking marks on them.  Some sort of bird or raccoon decided they needed to be devoured, and spent hours, apparently, picking them apart. Perhaps some raccoon took a piss in my sneakers as well, I do not know.  A thorough cleaning and two days in the sun seemed to sort them out, but they are going to be my next lawn mowing sneakers shortly.

The first thing about "Shopping" is to pick a make and model of product and then shop on price.  Comparing different brands and models of sneakers - or cars - is pointless. What seems like a screaming bargain on price turns out later to be a rip-off, when you realize you were comparing apples to oranges.  Once you decide on what you want, it is a lot easier to compare prices and figure out what is a reasonable price to pay for a product.

We've been buying the Merrell sneakers for the better part of a decade now - same make, same model. Unlike Nike, they don't change much, so you can cross-shop on price, over time, and see where the prices are trending.  Since the beginning, they have been a little under $100 a pair, with some sort of price-fixing arrangement in place.  I think we scored a deal on one pair online for $60 or so, but for the most part, $88 a pair seems to be the best price.  Average on Amazon, in the past, was $77 to $89.

By the way, if you "have to have" a particular model or style because it is fashionable, I can't help you.  Last year's bright orange or tennis-ball-yellow sneakers are already hopelessly out-of-style by now.  And no pair of Air Jordans is worth shooting some ghetto kid for.  The "have to have" mentality is evil and a sure way to go broke.  It is telling that the sneakers I wear haven't changed one iota in a decade and are just as fashionable (or not fashionable) as the first pair I bought.  Running away from "trendy" is a sure way to save money.

On the other hand, the $15 pair at Walmart will cost you far more in terms of backaches and knee problems.  There is such a thing as too cheap.  Yes, and once I bought such a pair, but found them painful to wear and they went in the trash very quickly, not being good for even lawn-mowing shoes.

Sure, there are people in eBay selling the Merrell sneakers for $50 a pair or less, but these are used sneakers, and that's just gross.  Not only that, after a year or so, sneakers, if worn daily, are basically shot.  According to Amazon, the last time we bought a pair was in 2017, so we are well overdue.  Mr. Scholl's can extend the life of a pair of sneakers, but not by much.  No wonder my back is hurting!

Our only complaint with the sneakers is that the "ventilated" model will let in water, and once that happens, you have wet feet and shoes that do not dry out for days - maybe one reason my old pair is getting nasty.  So this time around, we bought the same model in "dry" mode - which uses Gortex or something to allow for ventilation while keeping water out.  We'll see.

What was interesting is that the Merrell site had the old shoes for $100 even, while the "dry" models were $125 - a substantial price increase.  But of course, they offered a 20% off deal if you signed up for their e-mail marathon.  So that means about $80 a pair for the old ones (a decent price) and $100 a pair for the "dry" ones - the $20 delta no doubt paying for the trademark rights to the word "Gortex" used in the listing.

I checked online for a better deal.  eBay had some sizes and colors, but not the ones we needed (8.5M and 14W).   Some of the shoes on eBay were used - ugh!  What a waste of time!

Amazon had a better selection, but not a complete one. And when I clicked on the "Wikibuy" which promised a better price, I found the same shoes, in a different color, but not in our sizes.  A size 7 shoe isn't a comparable replacement for a size 8.5 - sorry Wikibuy!

What struck me as interesting is that Merrell is now promoting its own online sales, much as Bissell does with their vacuum cleaners.  The prices online on Amazon or eBay or other "marketplaces" (Walmart) are not really much better and selection is not as good.  This is a real threat to Amazon and Walmart.  Manufacturers can "cut to the chase" and sell directly to consumers and cut out middle-man distributors and retailers - that has indeed been the trend with the Internet.  Since manufacturers can control wholesale prices, they can always offer their products direct-to-consumer for about the same price as an online retailer, if not less.

So we ended up ordering directly from Merrell.

But Wikibuys wasn't done yet. It decided to "plug in" coupon codes, which took some time, but was amusing to watch.  The bottom line was, Wikibuys couldn't beat the 20% off promo code already offered to us by Merrell.  So Wikibuys was a bust.

Oh, and some of the "coupon codes" were positively dangerous.  One of them promised a shoe container for "only" $15 if you paid $75 or more.  I did not want a shoe container!  So far from being a "discount" this was just adding things to the shopping cart.  Another promised to add-on socks or garters for "only" $10.  Fortunately, the 20% off coupon (which was the default mode) trumped those, and I was also able to "X-out" the other coupon offers at checkout.  Interesting way of spoofing Wikibuys, eh?

In Summary, the pros and cons of Wikibuys are as follows:

Conclusion: Once again, banks are not handing out free money samples this week. You can't get something-for-nothing, and if it sounds too good to be true, it probably is!

Another review:  https://www.gobankingrates.com/saving-money/shopping/wikibuy-review/ - but this seems more like a cheerleading review than anything.

You ain't missing much if you aren't using Wikibuys - that's my conclusion.  You aren't going to save huge amounts of money compared to just cross-shopping, which takes about just as long.  And yes, I removed the extension from my browser.