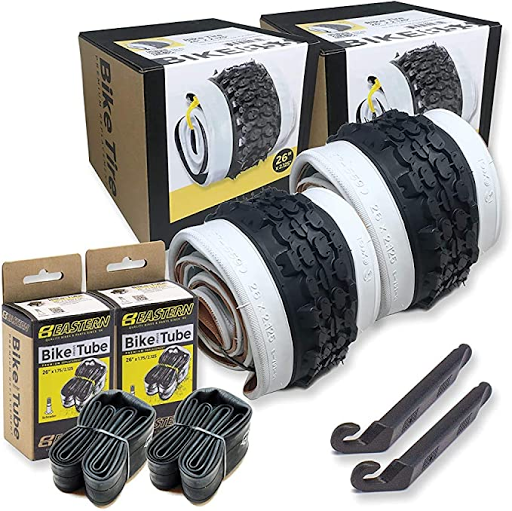 The cost of replacement parts and labor far exceeds the purchase cost of many items.  It was true in the past, it is particularly true today, with cheap products from China.

I mentioned before when I was a kid, we would drive down I-81 (I think it was) through Pennsylvania, and there was this huge junkyard which was on both sides of the road, filled with cars - it covered an entire valley!  There must have been thousands of cars there - enough to make a car collector today drool - most were from the 1950's and 1960's and the only thing wrong with them (other than rust) was the fact they were old and not worth anything, and likely they needed a new transmission or engine rebuild.

Cars were cheap back then - and they are today, believe it or not.  You reach a point where they "ain't worth fixin'" and you throw them away.  Today, with rust-proofing, perfectly decent looking cars end up in the junkyard, but with esoteric repair problems that makes them too expensive to fix.  When the repair cost exceeds the book value, it is time to cash it in - you'd be better off just buying the same car in working order.

Anyway, as we drove by this junkyard, I said to my Dad that it would be possible to comb through this mountain of junked cars and find enough "good" parts to assemble a complete working car - such is the thinking of a ten-year-old.  My Dad tried to explain to me that for the labor involved and the cost of parts - even at junkyard prices - the cost of building such a car would exceed what you'd pay for a brand-new one - and it would not be as reliable, either!

Well, he was right.  Today, some folks do try to put together collector cars from junk parts and NOS parts and replacement parts, but it is prohibitively expensive.  It is a hobby more than anything, and few make money on old cars - the average person gets about "half what I got innit!" as the ads on Craigslist often say.  If you want a collector car, buy one from the guy who bankrupted himself restoring one.  My neighbor did this - buying a fully restored 1950 Ford F-1 "Resto-rod" and is driving the wheels off it.  Someday, he will sell it to someone who will bankrupt themselves re-restoring it.

But the same concept is true for so much else.  I wondered before whether I should bother fixing up our old TREK bicycles, which are now over 20 years old.  We use them when camping, as they can handle off-road trails and are lightweight and fit on a rack on the bed of the truck.  But for cruising around the island, well, we bought some cheap "cruiser" bikes for $130 and $89, respectively (well, Mark's was marked down to $80 because of a small scratch on it).  They work fine, although the assembly by the WalMart hacks needed some adjustment.  They are what they are - cheap bikes.

When we got back this fall, they both had flat tires - air will leak out of old inner tubes over time.  I pumped them up and they seemed fine, until the rear tire on Mr. See's $89 "Margaritaville Special" blew out.  And by blow out, I mean the tire itself dry-rotted to the point where the sidewall disintegrated.  Time for new tires and tubes!

As you might guess, this was a shocker.  The whitewall tires on the bike are not cheap, and some outlets want $40 a tire or more for them.  I finally found a set - with tubes - for $45 from Amazon.  I am sure they are not the highest quality tires around.  In fact, they look just like the set we have, that dry-rotted in two years.  Is it worth spending $40 to fix an $80 bicycle?  Or am I better off just buying a new $80 bicycle and throwing this one away?

Interesting question.   We got rid of the 20-year-old Softub because the liner and motor were shot, and it would cost over $1000 in parts alone to repair it.  A new Softub is like $3000 and a hard version from another manufacturer is like $2200.  We decided to replace rather than repair.

Funny thing, though, the hot tub people are sold out until May of 2020 (!!) because everyone is at home in isolation and decided to spend their vacation money on a new hot tub.

Funny thing, too, that bicycles are sold out at WalMart as everyone decided to go biking, too.  Actually, the Jimmy Buffet "Margaritaville Special" sold out about the time we bought it.  People were buying them up and then re-selling them on eBay for $150 or more.   It was a good deal - perhaps too good.  Stuff made in China is cheap - perhaps too cheap.

Today, if you can find a single-speed plain Jane "cruiser" bike at Walmart, it is like $120 or more.  You want gears? Luggage rack?  basket?   Expect to pay more.   So looking a this based on the price we paid maybe isn't right - the replacement cost is the real issue.  Maybe we should have rebuilt the hot tub.  Maybe...

But this situation illustrates a number of things:

1. Creating tariffs on imported goods to "save jobs" is short-sighted.   It may create a few jobs (or cost even more jobs), but what ends up happening is that it just raises prices - for both imported and domestic products, as Obama's tire tariffs illustrated.

2. The cost of labor in America is so expensive that it isn't worth repairing most things made in China - you just throw them away when they break.

3. Even without the alarmingly low prices from China, repair labor and parts costs far exceed manufacturing and wholesale costs - it is cheaper to buy new than to repair old, in many cases.

4.  Pandemic or not, it seems that the price of goods is going up over time.  With all the free money being bandied about, expect inflation to rise in the coming months and years.  Let's just hope we don't have another oil shortage!

The tires are supposed to arrive tomorrow.  I will replace both and keep the old "good" one as a spare (I suspect it is dry-rotted as well).  By the way, I already replaced both tires on my 29" cruiser - bought at about the same time.   Chinese rubber and hot, humid weather don't mix well, apparently.

But so long as buying new is so cheap, and repairing old is so expensive, it almost makes more sense to buy a cheap bicycle every year and then just give it away and buy a new one.   Or at least it did make sense, for a brief time in the 21st Century, before inflation took hold.   Perhaps.