Why Cowardice is Rampant in the GOP 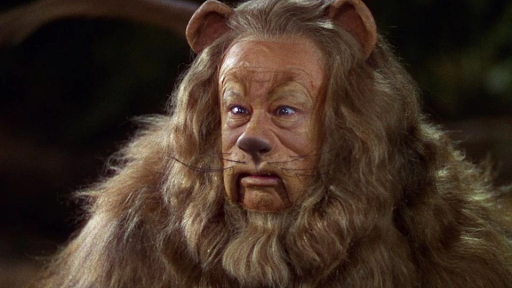 People get the government they deserve - when they don't vote.

Cowardice runs rampant in the GOP and many in the Democratic party fail to understand why - and why they have a similar problem.  Few Republicans have yet to pressure Trump into conceding the election, and the real reason isn't that they are scared of Trump, but worried of losing support of his followers - support they need to win their primaries in less than 24 months from now.

About 150 million people voted in the last election - a new record. This is only about 50% of the overall population of the US, and about 65% of the eligible voters (according to some sources) as you have to be 18 to vote.  So while a lot of people expressed support for Trump - and quite a few more for Biden - the election is hardly a mandate for either candidate, when nearly half the population can't be bothered to make a selection.

Republicans break out into three groups - the folks who were never-Trumpers, the folks with nothing to lose, and the folks who want to get re-elected.   The folks "doing the right thing for the country"?  I doubt they exist.

The Never-Trumpers can afford to be Never-Trumpers as they either live in a State where they are highly regarded and will win re-election either way (think: Mitt Romney, Susan Collins) or they live in a fairly liberal State where being far to the right might cost them re-election.  In a way, they have nothing to lose as well, and actually something to gain by going against Trump, as their electoral base either doesn't care about Trump that much, or actually dislikes him.

The folks with nothing left to lose are the ones retiring or not running for re-election.  They don't have to worry about the will of the voters, so they can take whatever stand they want.  You would think this would include Mitch McConnell, who was just re-elected for six more years.  I doubt he will run for re-election after that, if he lives that long.  But for some reason, even though he has nothing left to lose, he has yet to find a backbone.   Or maybe he's drank the Kool-aid and really believes in Trumpism.

But the last group - the largest group - has a real fear of a primary fight in 2022. This includes most Republican House members and about 1/3 of Republican Senate members. The GOP has already elected one rabid Qanon-believer to the House - so they see the writing on the wall. Just as radical leftist AOC unseated a long-time centrist Democrat in the primaries, far-right tea-party, Trumper,  and Qanon types are challenging "traditional" Republicans for their seats - and many more will challenge in 2022, arguing (as AOC and her ilk did) that the reason their party lost elections was because they were not radical enough.   It was the same argument that brought us the tea party in 2010.

If you come out against Trump now - even to mildly suggest that the election is over - it will be used against you in a bitter primary battle in 2022.   So it is better to be a coward and remain silent - so you can appeal to the Trumpist base in two years - by alleging your fealty to the great man.

The problem is, of course, the primary system.  In many States, primaries are "closed" and only people who profess to be members of a party can vote in the corresponding primary.  In Georgia, we have open primaries, which is a good thing, as voting in the Democratic primary here - as I noted before - is essentially throwing your vote away.  There is usually only one Democratic candidate for each office, and in many cases, no one from the Democratic party bothers to run.   In the GOP primary, you at least have the choice of the far-right nutjob versus the slighly more centrist nutjob.   You can also vote as a "spoiler" and pick the far-right nutjob and hope he is so out-of-touch that  people will elect a Democrat.  That strategy could backfire, however.  At least it has yet to work in Georgia.

But the real problem with primaries isn't the open or closed feature, but that most people don't bother to vote in them. You've heard, no doubt, time and time again, every four years, from morons, the nauseating statement that, "I don't like the choice from either party!  I may not bother to vote!  They both look the same to me!"   When you ask these knuckleheads who they voted for in the primary, they give you a blank look  They might not even know what a primary is. They never vote in non-Presidential elections.

The primaries are, in a way, more important that the general election.  Once the candidates are selected, the outcome of the general election could be preordained, in some circumstances.   If one party picks a radical - because the primary voters tend to represent the extremists of the party more - the other party, who picks a centrist, might win.  If the Democrats had nominated Bernie Sanders, I suspect there would be no "controversy" about this last election - Trump would have won every State except Vermont (and I would question even Vermont, which has a Republican governor).

So the problem comes down to us, the voters.  Few Republicans are going to risk their seats by going against Trump.  If you look at the decision matrix, it is apparent that being silent has the best personal outcome for them - calls by Op-Ed writers for Republicans to "do the right thing" and sacrifice themselves for their country, to the contrary.   In fact, a moderate Republican, by going against Trump at this point, probably won't persuade Trump to step down, but would in fact, cause the moderate Republican to lose his seat to a Qanon nutjob in 2022.   Which is really better for the country?

We shouldn't act shocked that people - including politicians - act or vote in their own self-interest.  This isn't a Republican thing, either.  There are many instances of Democratic cowardice, where Democratic politicians fail to denounce radicals sufficiently enough, because they are afraid of alienating the far-left wing of their party and thus not be re-elected.  You do remember the riots this summer and the "CHAZ" or "CHOP" or whatever the fuck that nonsense was.  The political leaders let that go on for weeks,, because they were afraid of members of their own party.  It wasn't until they realized that "Anarchy" was getting people killed that they shut it all down.

The sad thing about all of this, is that although the mainstream media has been predicting that Trump will lose all his legal battles and that eventually he will concede the election, it still could go either way.  If enough fence-sitting Republican officials (including election officials) start to believe that Trump might actually pull off a coup - and win - they might decide that going along with it, as it is in their own best interest - rather than be lined up against the wall in 2021. This, in turn, could result in elections not being certified, and electors appointed by courts, governors, or legislatures, with dire results.

That, in short, is what "raw political power" is all about - not getting people do to the right thing, but intimidating people into doing the wrong thing or indeed, just doing nothing, so as to hang on to their own personal fiefdoms.

It is a pretty sad thing to watch.  But not entirely unexpected.