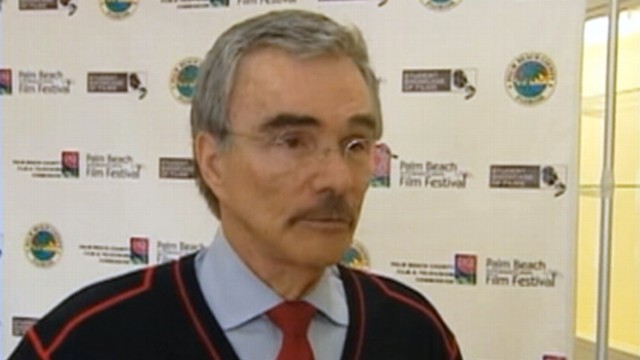 Burt Reynolds is having financial troubles - the same as many Americans, but on a larger scale.

At one time, Burt Reynolds was the number-one box office star, five years in a row - a record that has been unmatched by any star since.   He made millions - tens of millions - of dollars.  But recently, his waterfront home went to foreclosure.  His 160-acre ranch in Jupiter, is apparently abandoned and now owned by the State.

What the hell happened?

Well, it is the same thing that happens to many Americans (and many celebrities) on a daily basis - they spend more than they make.

Divorce - or two divorces - factor into the equation.   Reynolds went bankrupt back in 1996 after divorcing Loni Anderson.   He faced similar lawsuits when he split up with his second wife.   Divorce is a messy and expensive luxury, to be sure.

But others note that his spendthrift behavior is largely to blame:

" Despite Reynolds optimism, some say, the house is only the tip of the iceberg. "He runs up bills and ignores them," a source familiar with Reynolds' financial state told ABCNews.com. "He owes millions of dollars to people. It's a sad state of affairs."


"The paper said the Mediterranean-style home, which has a swimming pool, private beach, boat dock, cinema and its own hair salon, is valued at $2.4 million. Reynolds put the 12,500-square foot home on the market in 2009 for $8.9 million but got no takers.

The source familiar with Reynolds' money problems claims the house is "falling apart" and "the land is what's worth the money."  If so, the house seems to be a reflection of Reynolds current financial state, which the source claims is also in shambles. "Unfortunately, it's history repeating itself," the source said. "It sounds to me as if he's going to go bankrupt again."

Reynolds did what a lot of Americans did in the 2000's  - bought pricey Real Estate, and when the shit hit the fan, put it on the market at unreasonable prices, and wondered why there were no takers.

Reynolds also lost a lot of money in a restaurant venture.  I have written before how starting a business can be a costly mistake, particularly if you have partners in the venture who are robbing you blind.   He should have stuck to acting and left ancillary businesses alone.

Celebrities seem to have a very tough time of it, in terms of going belly-up.   Not trained in finances (like most of us) they assume anything over $100,000 is a "lot of money" that they will "never run out of" and then just spend, and spend, and spend.

Who knows?  Maybe, like Elvis, he will be worth more dead than alive.   But I doubt it.

Reynolds doesn't appear to be penniless, and he sounds like the kind of guy who just doesn't give a damn about money.   Reportedly, he was very generous with family, friends.  In the one-man show "Life of Reilly", Charles Nelson Reilly claims Burt Reynolds gave him a house that Reynolds and Sally Field once lived in.   And we wonder where the money went!

Oh well.  Hope you're doing well, Burt.  Keep the shiny side up and the greasy side down, and we'll see you on the flip side....

Sadly, this also happens to athletes, such as Vince Young, who go from millionaire to bankrupt, in a matter of a few years.
Newer Post Older Post Home