The Grass is Always Greener.... 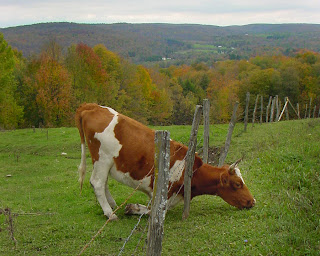 
While attending this law conference, I realize that my career has been a little unconventional, to say the least.   Most of the Attorneys in the room were the type who were on student council in High School, got good grades and good SATs, went to a good undergraduate school, and then on to Law School, where they clerked for a big-name firm.  After Law School, they went to work for the same firm as an Associate, worked their way up the ladder, and then became Partner.

In other words, the typical "story arc" of life that the television and society sells you.   Of course, if you start picking at the edges of this story, it might have a few flaws, but most people see themselves as following this sort of path - or think that is how "normal" people live.

My life, on the other hand, is one major fuck-up after another - if you want to view it that way.  I was tossed out of Prep School, flunked out of College, worked a series of slacker jobs, and graduated from Law School after 14 years of college.   I never went on the "partnership track" and today I make less money annually than I did as a law clerk when I was in Law School.

Sounds pretty messed up, no?

Yet, when I talk with old friends from my Law School days, they tell me I have it made.   Some say they wish they could trade places with me.   Why is this?

Well, they are making $250,000 a year as a Partner in a big firm.  But they work 60 hours a week or more, and they spend nearly every penny they make.   Sure, they have a big house and a new Acura.   They are also on their second wife and have two sets of children to put through college.   When they go on vacation, they spend tens of thousands of dollars - but precious little time - jetting off for a long weekend, at best, and then returning to the grind on Monday morning.

I may not be "successful" in that way.   But I do take at least three month's vacation every year - perhaps more (does goofing around all day long count as vacation time as well?).    I may not be very wealthy, but I can afford to retire, at age 53, and already live on a retirement island.

And maybe best of all, I don't have to get up every morning, put on a tie, fight traffic, and then attend "meetings" in conference rooms.   And I think that is where my "successful" friends are somewhat jealous.

It is funny, but I was talking with some friends about this phenomena.   And it is funny, too that most of my close friends have the same sort of lifestyle - self-employed or structured so that they don't "need" money so desperately that they have to jump to someone else's tune.   So living a life that is your own - and not someone else's - is a very possible thing to do.   And the common denominator is not having to "need" money for status and toys in your life.  Once you unchain yourself from the money train, a lot of things are possible.

Your life is like a small work of art.  It is a blank canvas on which you can paint.   You can color-by-numbers and do what society "says" is "normal" - or what your parent's say is best for you (many people, well into their 50's and 60's still do this!).    Or you can paint your own abstract, funky painting.   It may not win any awards or be auctioned at Sotheby's for millions, but it is your own work of art - and ultimately more satisfying that something bought off-the-rack.

When a friend who makes a quarter-million a year, tells me that I am "lucky" and that he envies my lifestyle - when I make less than his Secretary - that says a lot to me.   Life is about more than being a "success" and getting the corner office and a new Acura every three years.   And since that sort of lifestyle happens to so few people, chasing after it is often a fruitless task, anyway.