The Man Who Had Everything and Yet Nothing 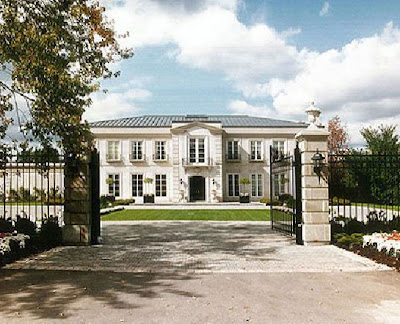 Having a lot of stuff is nice, but does it really make you happy?


In one of my recent postings, I mentioned a fellow who made and lost a ton of money on the Internet, through shady dealings, well before he was 30.  And the article in the Atlantic that describes him, tells of boozy trips to Las Vegas, and glitzy suites, fancy cars, and model-like girls on his arms.

To some people, that would be the definition of happiness - having all that "stuff" and money to throw around, surely would be the cat's ass, right?  And all those hot babes - that has to be the life, right?

I am not so sure.   To me, Las Vegas is a thin veneer of glitz covering a huge stinking mound of dogshit.   There is a lot of bad going on there, from underage prostitution, to compulsive gambling problems, drug use, alcoholism, organized crime, corruption, and of course, just plain old street crime.

What's not to like?  It's all so glamorous.  Right?

One thing the article failed to mention was whether the fellow had a spouse and was married or not.  In fact, the article seemed to be very silent on that subject.

Can you really be happy with Vegas call-girls - or the type of women who are just attracted to you because you have a lot of money to throw around?

Is having a lot of "stuff" really going to make you happy?

We are planning a trip to the Keys this year, and it is the first time we have been in nearly a decade.  We used to go by plane, car, camper and even boat, and we know the place pretty well.   Sadly, a lot of what attracted us there has since changed.   But that's another story.

We met a fellow down there once - and his partner - and they seemed, on the surface, to "have it all".  They had a showplace house in a very desirable neighborhood.  The house was used for catalog shoots, it was that nice.  And they had a second home, up North, in New England, on over 100 acres of land, with their own small lake.

And of course, they had the granite counter-tops, stainless steel appliances, and the fancy German cars and whatnot.

They had everything, it seems, but happiness.  Why?

Well, to begin with, when I say "they" had all this junk, that really wasn't true.   HE had all the stuff, and his live-in boy-toy had little or nothing.   And this isn't a Gay thing, either.  How many heterosexual men have tons of money and a "trophy wife" who is little more than a Barbie-doll (to be disposed of once the plastic surgery stops working)?   It is the same deal - people with no real relationships in their lives.

Oh, sure, they have lots of "friends" in the sort of Facebook sense - people they know, sort of, but don't really know.  They are the "right people" to know - connections and social status and all - but not the sort of friends you share your troubles or secrets with.   Because, let's face it, in that sort of social set, you don't admit to having troubles.  You put on a facade of perfection and happiness, and try to get everyone to buy into it.   Why not?  You've bought into theirs.

Anyway, getting back to the story.  We hung out with these guys for a while.  But the expensive crap they owned wasn't a help, but a hindrance to the friendship.   That sort of thing  just gets in the way, sometimes.  You get tired of "ooohing" and "aaahing" over their expensive crap - and wonder whether they really want you around just to be an audience for their lives.

Anyway, the inevitable happened.   HE decided to dump the young boy-toy when he became too high maintenance.  And he sent us an e-mail saying horrible things about his former partner - who disappeared from the face of the Earth.   We went to see him one last time.  He had a new "friend" - the gay equivalent of a "trophy wife" - a dumb-as-stone 20-something who spent all his time in the gym, and felt that living with a rich guy was a pretty neat gig, even if he would never end up being a real part of any of it.

We sort of drifted away from them at that point.  It was, well, Icky.  The fellow with all the dough wasn't really a very nice person - just a guy with a lot of money and crap.  How he treated people was readily apparent.  He was only concerned about his own existence, and I am not sure he was ever really happy - or ever in love.

And that last sentence right there is the key.  The best things in life are free, they say, and it is true.  And love is the best thing in life and doesn't cost a thing (and no, you can't get it from a hooker in Vegas, or a trophy wife or a boy-toy).  Real love, based on a real peer-to-peer relationship, one that lasts a lifetime (and not just until you lose your looks or money) is a priceless thing.  And the poorest person in the world who is in love is as wealthy as Carlos Slim (who from all accounts, really loves his wife).

It has been a decade since we have been back to the Keys, and from what I can see online, it appears our rich friend has sold his house there.  Maybe he is retired now (he was about 60, over a decade ago when we met him).  Maybe he is dead.   But the lesson I learned from him was that having a lot of fancy shit was really not such a wonderful deal, if underneath it all, you are unloved and unhappy.

And as for his fancy house?  Well, I could rent it, if I wanted to - or one just like it.   What's the big freaking deal about having a fancy house?   I know from experience that living in a haunted house is no fun at all.

So if you never make a ton of money in life, don't sweat it.  If you are comfortable, have a place to live and three squares a day, you are pretty lucky.   And if you have someone to share it all with, you are the luckiest person in the world.
Newer Post Older Post Home