A different way of looking at things..... 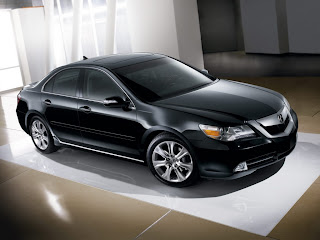 What could be nicer than a shiny new car?  Retiring three years earlier, perhaps?

The problem with indulging yourself in luxury goods is that our good friend, compound interest - who ordinarily IS your good friend - works against you here.

Say, for example, you need a car to get to work.  You have a serviceable, but older Toyota in your driveway, that could easily last another 3-5 years without major repairs.  But instead, you decide you have to have a $50,000 BMW, Lexus, or Acura, as you "deserve" the rewards for "all your hard work".

So you trade in your ride, which isn't worth much - and they don't give you much in trade.  What's that you say?  They gave you $3000 over book value because they "had a buyer" for your car?  Oh, boy, you are a fool!  You fell for the "inflated trade" gag.  And no, there isn't a buyer lurking around the dealership looking for a car "just like yours" - although the salesman said he was there just the other day.

They inflate the trade-in value, and then pad the price on the new car.  It is an old game.  In fact, they play so many games with prices that by the time you leave the dealership, you have no idea how much you paid for the car.  Or you may THINK you know how much you paid for the car, but have no real idea. And if you lease the car, so much the worse.

The basic truth is this, however.  Most cars depreciate about 50% in five years.  Some are better than others, but even cars that "hold their value" more, still depreciate rapidly.  So after five years, that car is worth maybe $25,000, if you are lucky.  But that is not the only cost.

Your old paid-for jalopy in the driveway cost nothing to insure - even if you had collision/comp on it.  And to save even more, you could dump collision/comp on the car.  So tack on a few thousand more dollars to the overall price tag of owning a new car for five years, just to cover the increase in insurance.  For young people, this could easily be over $10,000 - or more.

And then there is interest on the loan.  Yea, you think you got 0% financing, but all that means is that they padded on $2500 to the price of the car (in the form of the rebate you did not qualify for).  Between the interest on the loan and the increase in your insurance, not to mention taxes, tags, title, and other fees, you basically gave away your trade-in to cover those costs - if you were lucky.  For many young people, they are throwing thousands of dollars more into the mix.

So, if you kept the Jalopy, drove it five more years, it might be worth nothing as a high-mileage used car.  But if you traded it in for the luxury car, you are out the jalopy plus $25,000 in depreciation expenses - at the very least.  I am being generous in assuming that is your only costs here.  Actual cost will likely be much, much higher.

That's a lot of dough to forgo!

And if you are younger, the amount is even higher.

Worse yet, there are a lot of folks out there who jump from one car payment to the next, often leasing in the process.  They spend anywhere from $500 to $1000 a month (!!!) on leased luxury cars, plus the insurance in order to have a "nice ride".

Yeeeeowch!  That is a pile of dough.  And yet, I see people - middle-class people - do this all the time, convinced that since they can "afford the monthly payment" that they can afford the car.

But at the same time, often these same people are not funding, or under-funding their retirement.

And what that also means is that they will have to work longer (if someone will let them) in order to retire.  And that is the mantra of the baby-boomers these days "Oh, well, I'll just have to work until I am 70" which should be no surprise as the retirement age is creeping up to that anyway.  Try 75 or perhaps 80?

The real danger is not in having to work longer to retire (in order to pay for luxury cars!  Stupid!) but that you will get LAID OFF in your 50's or early 60's and be FORCED to retire and then wish you had all that "car money" that you squandered as a youth.

And yes, it was squandered, as a "luxury car" is just a status symbol - it doesn't get you from Point A to Point B any faster or better than your old Jalopy did.  It just does it at a much higher cost-per-mile, often double, triple, or quadruple.

Keeping an older, reliable car, for years and not having car payments, is a far better plan.  Yes, you will not be the "envy of the neighbors".  But having more money in the bank is a better idea, even if you can't show it off to people.