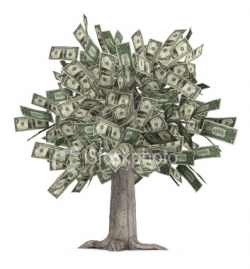 If you had a foolproof way to make money, why would you tell anyone?
If such a system existed, wouldn't everyone be doing it?

Cons and frauds often target poor people and people with no common sense.  For example, con artists advertise all the time on TV and Radio for "money systems" that allow you to make money with no risk, in stocks, or real estate, or "cash flow notes" or whatever.
What amazes me is that no one asks the simple questions when they watch these videos:

1.  If you had a "system" that allowed you to make infinite wealth, through real estate, stocks, bonds, or whatever, why would you ever, ever tell ANYONE about it?  You wouldn't.  You'd use the system to make yourself a billionaire.  If you TOLD anyone about the system, it wouldn't work anymore, as everyone flocked to take advantage of it.
2.  If such a system really worked, wouldn't everyone be doing it?  After all, once you sold one "information kit" to a subscriber, he could simply tell someone else the "secret to making millions" and then everyone would know.

And of course, the answer to both questions is simple:  There is no system.  You can't buy foreclosure homes for $200 like they say on TV.  You can't flip "cash flow notes" and make millions.  You can't day trade stocks to become a billionaire.  If you could everyone would be doing it.  And if someone had a secret "system" they certainly wouldn't tell you about it, even if you forked over $99.95 on your credit card for the "kit."
I am not sure why people fall for these scams, other than they are hearing what they want to believe, or they are incredibly stupid, or both.
Newer Post Older Post Home