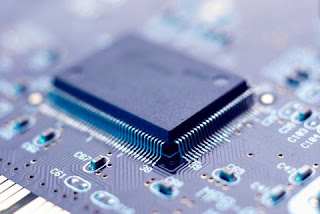 Which High Tech Company Should You Invest In?

Which companies will succeed and which will fail in the technological marketplace?  Many people look to new product developers and leading-edge companies as the sure winners of tomorrow.  Others look for companies that can lock up a market.  Both are poor choices for the long haul.

1.  First to Market is Rarely the Winner:  History is filled with examples where the first company to come to the market got killed later on.

Early builders of automobiles, for example, created heavy, cumbersome, and expensive-to-build vehicles for niche markets - millionaires basically.  People like Henry Ford came late to the market, but were able to mass-market the automobile and then make billions.  He really didn't "invent" anything so much as learn from the mistakes of others.

And Ford, having perfected his assembly line and been "first to market" with a mass-produced car, sat on his laurels and got creamed by General Motors, which, being second to the mass-market, learned from Ford's mistakes and offered an array of cars in different price ranges.  It would take Ford years to recover its market share.

The Wright Brothers "invented" the airplane, yet the market was quickly taken over by companies like Boeing, who came later to the market, but learned from the mistakes of others on the "bleeding edge".

DeHavilland was first to market with its Jet Comet, and paid the price in terms of teething pains - learning hard, painful, and deadly lessons that competitors picked up for free.  Boeing came second to market, and cleaned up.

Boeing now is going to be first to market with an all-composite aircraft.  Wonder how that will work out?

CP/M based personal computers and Apple II home computers were first to market, and the IBM-PC was Johnny-come-lately.  But which platform now dominates computing?

Friendster and MySpace were first with Social Networking sites, but latecomer Facebook learned from their errors and prospered.

The list goes on and on.  Pioneers pay a heavy price in terms of R&D costs that others can piggyback off for free.  And when advanced technology goes horribly wrong, it can bankrupt the "leading edge" companies, leaving the second-comers to pick up the pieces and move on with a viable business - and one less competitor to deal with.


2.  The Market Hates Monopolies (even if you make a lot of money in the short term):  Many liberals like to wax nostalgic about railroads and trolleys.  But the real history of those transportation systems was a love-hate relationship with the public.  People like train travel, they just hated the railroads, who often exercised monopoly power and charged exorbitant rates, when it could.  Ask any farmer in the late 1800's about it - when they tried to get their crops to market, only to be told by the railroad they would have to cough up more money.  Trucks might be horribly inefficient, but there is no single monopoly on them.  A farmer can even buy his own truck and freight his own goods to market.

Similarly, trolleys are nostalgic, but ask anyone older than age 70 about them.  Most folks were eager back then to get their own cars and be free to travel where they wanted, when they wanted, without having to deal with the trolley monopoly.  They felt the same way about trolleys then as we feel about buses today - and not many people are nostalgic for inner-city buses.

Similarly, Microsoft might have a monopoly on its operating system - for now.  But the market only tolerates monopolies, not embraces them.  The first person to market with a viable alternative will wreck their monopoly as surely as the car destroyed the trolley and the trucks destroyed the railroads.  Perhaps "Cloud" computing will be it - perhaps something else.  The point is, while you can make monopoly profits, the market will often embrace less useful technology to avoid monopoly pricing.

The VHS tape trounced the BetaMax.  The PC trounced the MAC.  35 MM film far outsold Polaroid.  Lesser technologies that were more freely available from multiple sources - cheaper - were more popular than esoteric technical solutions that were single-sourced and monopoly priced.

So what does this mean for the future? Well watch out for someone who tries to "own" a certain space, like online movies, music, or books.  Everyone wants to have "the" gadget for distributing books and periodicals, but I suspect that a public domain architecture - or a device that can read multiple formats - will be successful in the marketplace.  Anyone who tries to tie people into one device or one format will fail, unless public domain versions are available.

Thus, for example, Adobe PDF succeeds in the marketplace not in spite of shareware readers and compatible software (such as CutePDF) but because of it.  For example, the Patent Office only agreed to use PDF format because shareware existed for free.  As a government agency, they could not endorse one monopoly maker in the marketplace - and citizens would not stand for it.  Adobe is smart to allow this, as it means their format becomes a de facto standard, and they can sell versions of their software.

Other companies, like Microsoft, are taking a tougher stance, for example, against the OpenOFFICE movement.  This could backfire, as the .DOC format could fall from grace (and in fact has already lost share to PDF lately) if it is perceived as proprietary.  The DOCX format, for example, was a poorly disguised attempt to corner the market again for their software and sell upgrades.


So what does this mean to you the consumer?  Well, if you hear about a company with a new product that is "first to market" - don't bet on them being the winner for the long haul.  The competitor that comes second to market with a product that is a dollar less, will prevail.  If you buy stocks in a market leader, be prepared to dump them when the #2 guy starts eating into their share.

Second, if you hear about a company that touts its plans to "control" the marketplace, don't bet on them for the long haul, either.  While they might be able to wring monopoly profits from the market in the short-term, be sure to dump the stock before the market moves elsewhere.  The market hates monopolies, and will go to extremes to avoid them.  Companies that make huge profits from monopolies serve only to provide incentive to competitors to offer an alternative product.

These effects illustrate why it is hard for an individual consumer to "stock pick" winners from losers in the marketplace.  It is very hard for the average Joe to look at an industry and figure out which company will be the winner in both the long-term and short-term.  Even if we had access to enough data and had enough time to process it all, chances are, we'd still pick the loser - or fail to figure out when to buy - and when to get out.
Newer Post Older Post Home