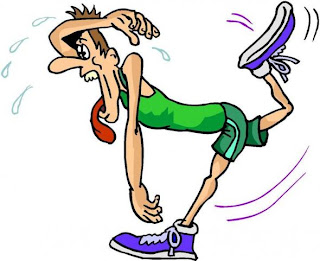 One argument I hear a lot from people who are spending it all now, is that they will just make it up later and save for retirement.  Nice theory.  It doesn't work.
Saving money for retirement - otherwise known as building up your estate.  It is not hard to do on any income level provided you are willing to do without things that are unnecessary in your life.  So long as you can spend a penny less than you make and start saving - even a little - over time your wealth will increase.

But most of us, myself included, spent more than we made - borrowed money, and usually on the most onerous terms - to have NOW what we should have been saving for tomorrow.  Cars, furniture, electronics, etc. - all things we thought it would be "cool" to have and needed instantly, and were willing to finance over time - making them even more expensive.

If you asked me when I was 22 about saving for the future, I would have said, "What's the rush?  I can always save money later!  Like when I'm 40 or something..."  You know, I was a real asshole back then - to myself and others.  Perhaps not too much has changed.

But the longer you wait to save and build wealth (as opposed to squandering it) the harder it is to catch up.  You will have to run twice as fast at a time in your life when you can't run very well at all.  And you may find your earning power diminishing, not increasing with time.

The power of compound interest is in your hands when you are young, so use it.

There is darn little you "need" in terms of fancy wheels for your car, a boom-boom stereo, the latest designer rags, cases of cheap beer, or drugs.  These things provide fleeting enjoyment, at best, and mostly just misery for the long term.

But what am I saying?  My Dad tried to warn me back then, although his warnings were a bit vague. "Save your money!" he'd say.  But that was about it.  Perhaps he knew by then that trying to tell anything to a 20-something is like trying to talk reason to a rock.

But you know, once in a while, you do meet a young person with their head on their shoulders - someone who has half a clue as to what they are doing and with a good idea as to the value of a dollar.  Once in a while, that is.

In the meantime, for the rest of us, the longer you wait, the worse it will get.  Trying to play catch-up at age 50 is no treat!
Newer Post Older Post Home