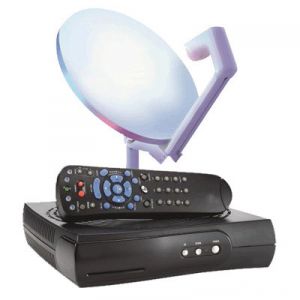 Cable TV is just one example of the " subscription model"  of marketing.


What is the Subscription Model?  How does it affect your finances?  What is Subscription Fatigue?  Lets take these things one at a time.

The Subscription Model is a technique of marketing a service or goods by selling the consumer (or giving away or leasing) some sort of electronic box or device, and then charging the consumer a monthly fee for services, refill cartridges, or whatever.

It is a lucrative model for many businesses, as consumers can be easily lead down the path by low introductory prices for the equipment (which may be given away for free in some instances) and "low, low, monthly fees!" of $9.95, $19.95, or $29.95 - you get the idea.  Always end with 95.

Most consumers look at their income as cash flow not as real wealth.  So they divide the monthly paycheck into "payments" to be parceled out to various lenders, service providers, and other expenses.  Rarely do they keep any for themselves.  So the consumer thinks that $18.95 is not a lot of pay for "OnStar Service" for their car, but they would balk at paying $2274.00 for ten years service, if it was in one lump sum.

And that is exactly why the subscription model is so lucrative - you can fleece customers a little every month without them realizing how many thousands of dollars they've tossed down the drain over a decade or more.

Think of it - getting people to pay nearly $20 a month so they can have an ambulance called in case of an emergency, or get their car unlocked if they left the keys in it.  Highly unlikely scenarios to spend $20 a month on, but there you have it.

Alarm systems are another example of the subscription model.  You pay a few hundred to a few thousand dollars for the alarm and then pay a monthly fee for "monitoring" to give you "peace of mind."  More on that, later.

Many other companies use the subscription model, usually by taking machines or devices that would work with generic materials and then modifying them to require special cartridges or supplies that only the manufacturer can sell.  Ink-jet printers are a common example - the printers are given away for free, but you get bent over the counter if you go to buy new cartridges - which are protected by Patents so that only crappy aftermarket "refills" are the only competition, if even those are available.

And speaking of computers, IBM was a leader in this field, with their Hollerith card devices - which required IBM stock punch cards to use.  If an IBM rep caught you using 3rd party cards, the leased equipment could be yanked from your company!

And of course car leases are an obvious example of the subscription model.  Instead of paying cash for a car and owning it, they want you to pay monthly payments perpetually - and get you comfortable with the idea that that is how people should "own" a car.   Self-driving cars may take this to the next level - where you pay by the trip, not pay for a car.

Lately, ambitious marketers have been taking the subscription model to new extremes.  At Bed, Bath, and Beyond they sell a coffee maker that uses little cartridges to make coffee.  And yes, you have to buy the cartridges from the maker, and they are not cheap.  I saw a man buying a bag load of these cartridges, and he spend nearly $40 - to make the equivalent of one pound of coffee.  This is a bargain?

Suddenly, something as simple as making a cup of coffee requires a subscription to special cartridges.  What's next?  A frying pan than only accepts special eggs you have to buy from the manufacturer?  A toaster that requires you to buy bread in cartridges?

Granted there are some subscriptions that we may need for daily life or for business.  You may need phone service, for example - either a land-line or a cell phone.  But do you "need" extensive texting and data plans?  Many people think so.  I don't.

And then there are subscriptions for things that are nearly worthless, like "credit protector" and "car loan insurance" or "mortgage insurance".  For only a few dollars a month, we are told, you can buy "peace of mind".  As I have noted before, when someone tries to sell you piece of mind, walk away, because they are trying to sell you one acre of blue sky, in fee simple, and it can't be done.

And that is how the subscription model affects your finances.  If you allow the number of subscriptions to increase over time ("subscription creep") you may find yourself paying hundreds of dollars a month in subscription fees.  And helpfully, the companies selling these services have offered to automatically bill your credit card for the services, so you don't realize how much per month you are spending on them.

And in many cases, consumers don't see the warning signs as their credit card balances creep up until they can barely make the monthly payments.  Suddenly, $9.95 a month, times all these services times a number of months or years, adds up to a lot of real money.

For example, you can buy a piece of software, such as Adobe Acrobat.  But it won't be too long before you are pressured to "upgrade" - usually once a year - to the latest version.  If you decide not to upgrade, before long your version is "no longer supported" and thanks for some clever format changes, eventually won't be usable in the marketplace.  In this manner, they can insure repeated sales for what is essentially the same piece of software, with some unnecessary "upgrades" tacked on.  Quickbooks does it, and so does Microsoft.

The key to avoiding subscription fatigue, and eventual bankruptcy, is to limit the number of subscriptions you have to only those you are using and find valuable.  And periodically, you should cut some subscriptions out that you are not using, or can live without.  Unfortunately, for most people, this is a difficult chore, as they argue with themselves, "Well, it's only $9.95 a month, so where's the big savings?"

Well, $9.95 a month might buy you lunch at work one day, so yes, that is big savings - it is $120 a year, which is a nice dinner for two with a nice bottle of wine.  And it is $1200 a decade, which, with interest, could be a couple of grand in your bank account for retirement.

And of course, some companies make it damn near impossible to drop a subscription.  For example, you go to the website and try to cancel your account, and they tell you that you have to call.  You call, and are put on hold, and then told to talk to a "cancellation specialist" - and even then, they claim you never called, and ding your credit card six more times, until you cancel it.

Yea, that is how many companies work, and if you call them on it, they say, "whoops, my bad!  Computer error!  Sorry!" and feign innocence.  And they do it because some consumers, believe it or not, will pay a service bill for months and months after they have canceled it, thinking they have no alternative.

The best way to avoid subscription fatigue is to recognize when you are being marketed to, using the subscription model.  When someone tries to sell you a piece of equipment that uses a "special cartridge" then watch out - because in most cases, that cartridge costs more than the equipment.

And think long and hard before you shell out money for satellite radio, cable TeeVee, or other entertainment services.  Many people claim they can't "live without" cable, but I find life without TeeVee entirely is far superior.  Not only do I save $100 a month or more on the cable bill, I am happier, healthier and more well-informed than my neighbors who spend 4-6 hours a day planted in front of the talking lamp.

For example, VoiceMail on your landline is nice, for $9.95 a month.  But an answering machine can be had for $25 at most stores.  Many folks are just dropping land lines entirely, in favor of cell phones, as things like VoiceMail are included for free.  You can be creative with technology and avoid some of these recurring charges in favor of some inexpensive hardware instead.

In music, Apple sells music on an ownership model, while Microsoft has gone with a subscription model.  With an iPod, you can download music and own it - forever - or upload music from your CDs.  With the Microsoft "Zune" on the other hand, you only rent music, and pay by the play, so to speak, so that the more you listen to a song, the more you pay to hear to play it.  It is a subscription, or in this instance, a royalty model.

Avoiding subscription model marketing is one big secret to accumulating wealth.  $9.95 a month might not sound like a lot - they don't want you to think it is a lot - but over time, these little charges accumulate and add up to a lot of money.

Just say NO to Subscription Model marketing - as often as you can.
Newer Post Older Post Home