When Tech Is Not Tech 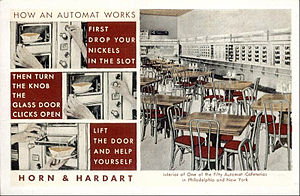 Today, maybe 10% of what the media calls "tech stocks" are really tech.  The rest is just shit we did before, now done on your phone.


When I used to fly out to Silicon Valley back in the 1990's and 2000's, there were tech companies out there that actually were tech.  They made semiconductor devices, hard drives, memory chips, or at least some sort of software or operating system.   They hired Engineers with a capital "E" and all was right with the world.

Of course, hardware and even software become a commodity, and the real tech companies fled for Austin, Tucson, Boulder, and other places where rents were low.   A lot of office space in Silicon Valley went vacant - and a new generation of companies moved in.

The next generation of "tech" wasn't really tech.  Oh, sure, Apple is still there, and a few other real tech companies.  But lately, it seems that Silicon Valley is less about silicon and more about shitty "business plans" that amount to little more than pitching ideas at people, selling a concept, doing an IPO, and selling out and cashing in, before it all falls apart.

And most of these "tech" companies are just ideas that have been around forever, but are now on the Internet and on your smart phone.   Back during the first "dot com" meltdown, one of the poster children for this nonsense was "Pets.com" which made a big splash, bought millions in Superbowl ads, and..... sold petfood from a website.  Within a year of going public, it went broke.  It symbolized the nonsense of the "dot com" era - just taking a brick-and-mortar store and putting it online is not "technology" - it is just a way of doing business these days.

Today, we see the same nonsense again and again.   Uber is a "tech company" but its real business is just an unregulated taxi service, which they have rammed down the throats of municipalities across the globe, although some are fighting back, and more will do so in the future.  Oh, sure, you can say it is an "app" and all that, but it is akin to saying McDonald's is a "tech" company because you can order your Egg McMuffin on a kiosk now.   Give me a break, today!

Very little of what the media hypes as "tech" is really tech, or really new.   A reader reminds me that Peapod has been delivering food to your door since 1989 - long before Amazon got into the gig.  So-called "black cars" predated Uber and Lyft by decades - appearing in New York City in the 1980's.    The Automat predated Eatsa by nearly a century - and they weren't limited to vegetarian fare (Thank God!).  Hell, I went to an Automat with my Grandma when I was a kid.  This is not old.  And it is not new, either.

Today, a new generation "re-invents" what is already well-known in the art.   Hipsters with Hitler haircuts and lumberjack beards "invent" something called "tiny houses" while their grandparents retire to Florida in a Park Model.   Kids today think they invented "Micro-brews" when the trend goes well back into the 1970's.   And no, it isn't ironic to drink Pabst Blue Ribbon - I was shoplifting that shit before you were born.

I guess every generation has to "discover" things and often these are things previous generations already discovered, such as how to dress weirdly to disturb your parents, obnoxious music that annoys everyone, and of course, sex.   Each generation is convinced they invented sex.  And politics.

And that's OK, I guess.  It is human nature.  But it ain't "tech" so let's stop calling it that.   The Internet has been around long enough that doing something online or on your phone doesn't make it technology - something even the Patent Office and the Courts have begun to recognize.

So what's the point of this?   Well, when the financial pages start hyping some "tech" company whose business plan is really nothing more than brick-and-mortar business on an "app", then it ain't tech.  And these types of companies make a big splash, go public, sell stock in an IPO, and the "venture capitalists" cash out and make a lot of money - and you lose a lot.  So when the next Pets.com comes along, bear in mind that the "little people" who bought that stock lost their shirt, but the insiders who sold their stock to the little people made out like bandits.

Not every tech IPO is really a tech stock.  A simple business, run on the Internet, can be copied by anyone, as Groupon found out the hard way.   Don't get sucked in by the hype.
Newer Post Older Post Home