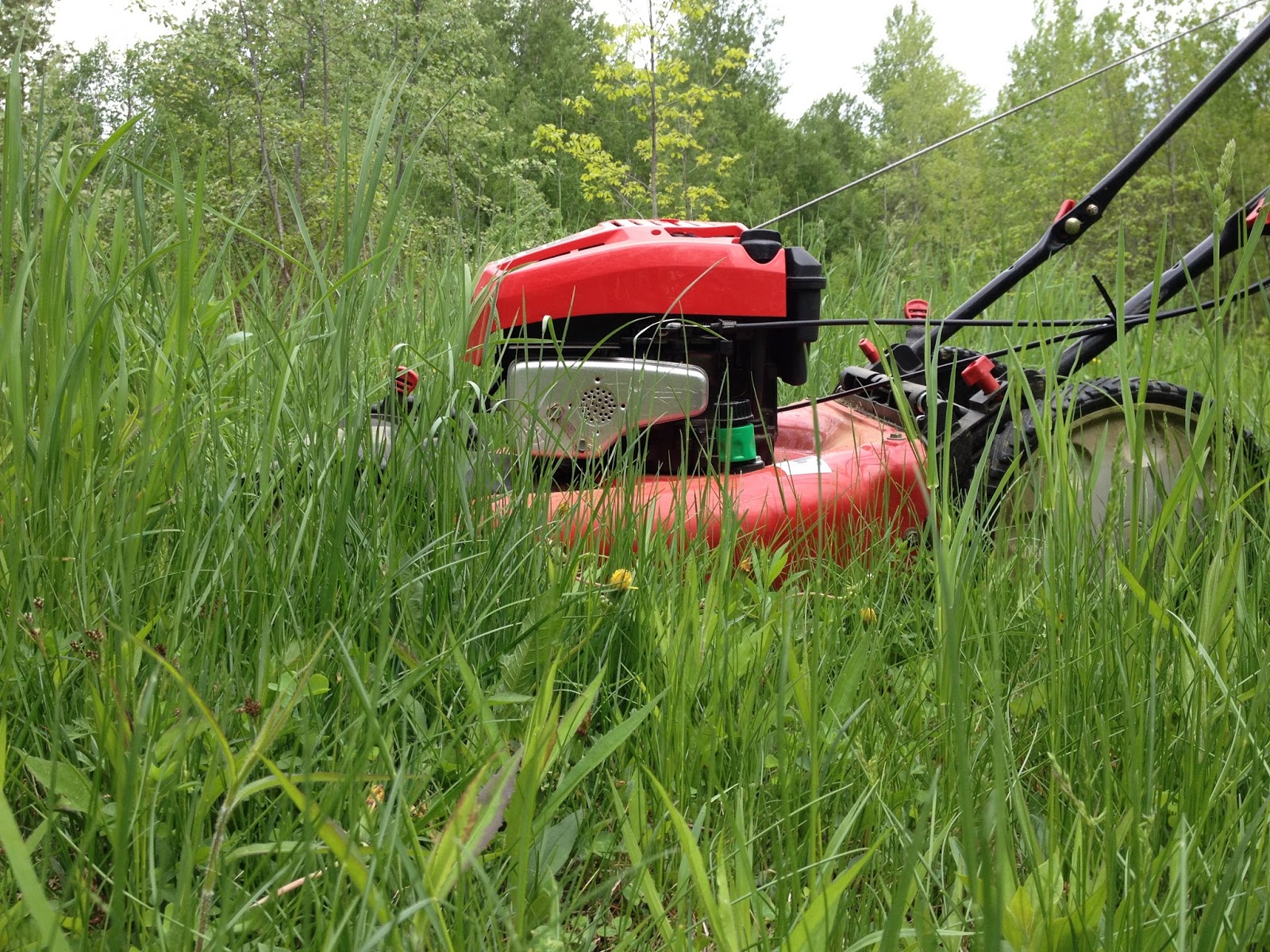 The media doesn't talk about us a lot, unless we do something quirky or weird.


One sure way to sell a story is to do a "human interest" story or an "outrage" story or a combination of both, showing how one of us "ordinary Joes" is fighting the system for the good of humanity.  The media portrays our lives in interesting ways - but often ways that don't reflect reality.

When we lived in Fairfax County, the Washington Post did such a story about a guy who refused to mow his lawn.  Now, if you live in Montana, this is no big deal.  But bear in mind that Fairfax County, Virginia, one of the wealthiest Counties in the country, is fully "built out" - there is not a vacant building lot in the entire county.  It is one huge suburb, with a population greater than the State of Vermont.   It is a State-within-a-State.

Thus, when you refuse to mow your lawn and let it get three feet high, it really does affect your neighbors.  And your rights are absolute only up until the point they intersect with other people's rights.   And we're not talking about a suburban garden here, as a neighbor of mine grew, or a vegetable patch.  We're talking about a house in a nice neighborhood that looked abandoned.  And for no other reason that the owner decided to be petulant.

Well, anyway, under County ordinance, the County came along and mowed it once it reached a certain level and then sent him a bill.   And he took the County to Court and lost.   And the Post decided that they would take the side of the lawn refusenik as some sort of "folk hero" who was fighting "big government."

Oh, for fuck's sake, just mow your goddamn lawn already.  The problem with the Post article is that idiots like that love the attention, and the article only fueled his twisted ego some more and stoked the fires of neighborhood animosity.   No problem, of course, no Post employees lived in that neighborhood.

Similar stories crop up from time to time, usually relating to Home Owners Associations (HOAs) or Condo Associations, which are usually characterized as "Nazis" - which they can be.   They neglect the real business of the association, which is spending the dues wisely, and get caught up in door mat and door color arguments as well as holiday displays.

Usually the HOA story goes like this.  Fred is a veteran who lost three arms during his four tours of duty in Fallujah.   He is an American hero.   Well, actually, he never went to Iraq or Afghanistan, but he knows someone who did and he wants to show his patriotism.  So he decides to fly his American Flag, which he got from a used car dealer (it is only slightly smaller than a football field) and the HOA sends him a "cease and desist" letter and starts fining him.

Newspapers like the Post and television stations and news websites pile on.   "How dare they prevent an honored veteran-y sort of guy from flying the American flag!" and a lot of shaming and damning goes on.   The HOA finally relents and he gets to fly his flag.

But of course, the news trucks and cameras are all gone from the scene and don't report the follow up, when Fred's neighbor decides to fly the Confederate flag.   It's "Heritage not hate!" - right?  And then another neighbor flies the "Christian Flag" and another a Gay Rainbow flag, and then finally someone down the street unfurls an ISIS banner.   Where do you draw the line on this flag shit?

You see, it is a tougher question than the 30-second soundbite on the evening news would let you think.   And they don't want you to think, they want you to react and get angry and watch and click and read and make them money.   How dare the government tell people in carefully manicured suburbs that they can't bring down property values for the whole block?  How dare an HOA or Condo association actually enforce the rules you signed on to when you bought into that nightmare?   The media doesn't want nuance, they want controversy, they want shaming, they want damning, they want people shouting at the TeeVee because that engages them through six overwrought SUV commercials.

They want ratings.  They want money.   The media is not on your side, they are on their side.

Of course, we "little people" are also allowed to appear on the air if we do something quirky and charming like rescue 100 cats or collect the world's largest ball of twine ("it started out just fist-sized, and I guess I got carried away!" - back to you in the studio!).  We are also allowed to appear on-screen whenever the price of gas goes up, standing next to our monster truck at the gas pump, musing, "Well the way things are going, pretty soon I'll have to buy a bicycle!" or some such nonsense.   Or if you are standing in line overnight for a new iPhone, you may get your sound-bite of fame.

But we are never really taken very seriously.  And this is a shame, as it furthers this divide between the media and the public, the latter of which increasingly are skeptical of the media as representing any sort of truth in the world, or indeed anything that remotely intersects with their lives.   I read an article about $350 blue jeans and am not "informed" but mystified as to who really lives like this and why the Post thinks this story would resonate with anyone outside of a small circle of people or strivers who are squandering money trying to act like they are part of that circle.

That lawn-guy story still browns me off, even though it dates back to the 1990's.   But it got me to thinking, even back then that there was something wrong with the media for them to hype and promote what was a neighborhood dispute with one party clearly in the wrong, as some sort of David-and-Goliath type of story.