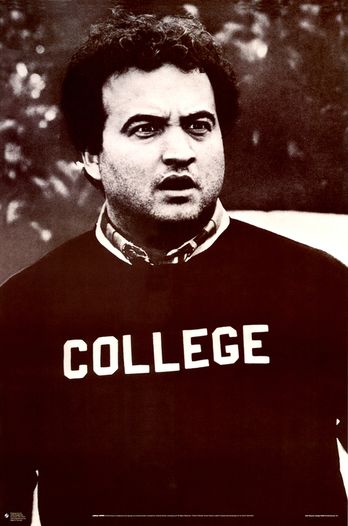 Is the college bubble finally bursting, or merely deflating?

Several years ago I wrote a blog entry opining that some colleges and universities would go bankrupt in a few years due to the staggering high cost of tuition and in decline in the number of students.

Smaller private colleges and less-well-endowed institutions would be vulnerable, particular liberal arts colleges or colleges that specialized in very narrow areas of education.  As the value of a college education continuous to decline in many areas, the cost/benefit analysis makes college far less attractive for young people.

But the main thing driving College bankruptcies is demographics.  As a noted in my earlier posting, the number of young people in the high school graduation pipeline has been declining.  Thus, there are fewer people applying for college, and that means something has to give.

Moreover since the cost of college is so steep these days, the student-consumer wants to see the maximum bang for his buck.  Going to a no-name or small name college might not be perceived as it worthwhile endeavor.

A recent article in the Atlantic seems to verify my theory, which appears also been a theory of many other people as well.  The basic law of supply and demand cannot be denied.

The author of the Atlantic article opines that the bubble in higher education is not bursting, but rather slowly deflating as the number of students declines.  Another article that came out today deacribes the University of Southern California rescinding admissions for over 200 students because of minor errors in their application processing. The University admits that the motivation behind this is that they over-enrolled their freshman class and have more students than they have seats in the University.

So what is going on here?  Are schools going out of business for lack of students, or being over-enrolled, or are both happening?  As a school with a good reputation, USC may find itself attracting more students whereas small liberal arts colleges may find themselves attracting fewer.

What we are seeing is the college and university industry shaking out into a few very large brand names much as the automobile industry or the computer industry has done.  It is the McDonaldization of higher education.  When young people graduate from school and apply for a job, they want the recruiter to recognize the name of their college.  They don't want the first question at their job interview to be "So what kind of school is Podunk University anyway?"

The author of the Atlantic piece believes that the higher education bubble will simply deflate overtime. He might be right about this, however it also may burst  As we saw in the housing bubble, it wasn't a precipitous decline in the supply and demand balance which cause things to collapse.  Rather only a small decline in the number of buyers caused a number of properties to remain unsold.  Those sellers then lowered their prices in order to attract buyers which in turn forced other sellers to lower their prices as well.  Panic sets in and other people sell their properties "before its too late!"  An avalanche effect is created and market prices drop drastically in short order.

It is the same mechanism which caused prices to rise so quickly in the first place.  They are 100 houses on the market and 101 buyers.  One buyer is going home without a new house.  So he offers a few thousand more to snatch a deal, starting a bidding war.  Pretty soon prices across the board go up.

Again, the larger and more prestigious schools will be able to weather this storm very easily. They have large endowments which will allow them to survive even if they should end up losing money which they probably won't.  Because they are larger schools with good reputations and have multiple disciplines, they will continue to attract students, although they may have to sharpen their pencils to reduce tuition somewhat.

The real concern will be for small, thinly-endowed liberal arts schools.  We saw this with the near-implosion of my late sister's Alma Mater, Sweet Briar.   The school was rescued at the last minute by generous alumni donations (where were they in the years' prior?).  The perceived value of a liberal arts education has declined in this country, as there a lot of people with degrees in this area who are not finding jobs to justify the cost of the education.  Moreover, these small schools often have staggeringly high tuition rates. The combined effect is that the value proposition is lacking for the incoming student.

Lacking large endowments, the smaller schools cannot afford to cut tuition drastically in order to fill seats. They would have to cut expenses by reducing salaries for professors and staff as well as overhead.  Unfortunately, many schools are saddled with aging infrastructure which requires an awful lot of upkeep.  Alumni are more than happy to donate money for a new building with their name on it.  No one wants to donate money for the general fund or to repair the roof on somebody else's building.

Employees unions are often another part of the problem.  It may seem like a trivial expense, but your average college, even a small private college, has an army of maintenance people and various other support staff, many of which are often unionized.  Between the high salaries and benefits as well as restrictive work rules, the cost of non-professional labor can be staggering.

According to the Atlantic article, last year was the worst year on record for bankruptcies of colleges and universities.  Leading the way, fortunately, are the for-profit colleges which were never really "real" colleges in the first place in that they often provided a substandard education at a very high price.  No one is sorry to see them go.

The decline in more traditional colleges is much smaller, but nevertheless real.   And even for colleges that are not closing their doors, there are struggles to stay alive.  The Sweetbriar example illustrates how a college can wind down to nothing, if actions are not taken to increase the endowment, enrollment, and keep the curriculum current.   It also illustrates how a college can drop into a death spiral, as students and professors flee if they feel the college won't be in business for very long.   The resuscitation of Sweet Briar is nothing short of a miracle.  However it will be interesting to see whether they can sustain it for the long haul.


Other small schools are aligning with larger ones, in strategic alliances to share resources and also to bask in the halo of a larger institution.  For example, tiny Wells college in Aurora, New York, has a cross-enrollment agreement with Cornell University and Ithaca College, and is considered Cornell University's sister school.  This allows a small school to offer a broader array of courses, and also allow students the halo effect of the larger institution on their resume.

Will we see more bankruptcies in the future?  Perhaps.  One way many schools have been able to put "butts in the seats" - at full tuition, no less - was through foreign students.  Sadly, the current administration, with its xenophobic policies, is making it harder to attract foreign students, particularly from the middle-east.   I suspect that a few smaller colleges will merge or close in the coming years, as the pool of available students declines and as more and more students look for a "brand-name" education to enhance their resume.
Newer Post Older Post Home