$350 Jeans - How the Media is Out of Touch With America 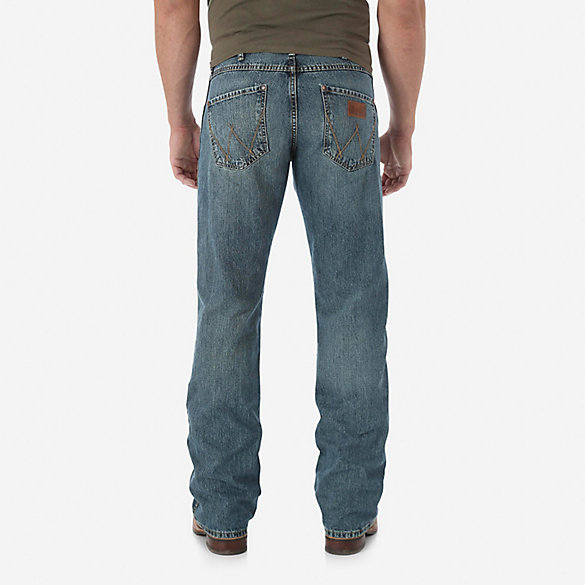 
A recent article in the Washington Post (reprinted in the San Antonio paper) decries how $350 jeans are being supplanted by mere $100 "leggings".  I am not sure what the point of the story is, other than what a shame it is that blue jeans that cost more than cars I have bought are going out of style in favor of "leggings" that cost nearly three times what I pay for a pair of jeans.

The last time I bought a pair of jeans, was in a Western shop in Texas, or was it Arizona.  Wrangler "boot cut" jeans fit well, wear like iron, and I think they were $35 or so, on sale.  No, they don't come with fake "distressed" patterns on then or cheesy rhinestones on the pockets.  Only idiots in the big city think that sort of crap is "trendy".

Of course, when I read this article I had to first research what "leggings" are.  Yes, I don't follow all the fads, and thank you, I am proud of that.  It turns out that "leggings" are just another name for stretch pants or sweat pants - something that should not be worn outside of a ballet class or gym.   People are wearing this as clothes now?   No wonder they are getting thrown off airplanes!  Oh, right, that's the airline's fault for showing a little class by requiring employees to wear clothes.

But articles like the one in the Washington post about $350 jeans and $100 stretch pants, well, they are kind of disgusting really.  When the vast bulk of Americans - you know, the "little people" that the folks at the Washington Post profess to care about and that Liberals are developing yet another government program for - pay 1/10th as much for their clothing.  Are there no articles that relate to them?  Written from a first-person perspective, that is.  Oh, right, they toss in an article written by a recovering addict or homeless person once in a while to connect with us "little people".

It illustrates the disconnect between the "Limousine Liberals" and the rest of America - wealthy people who "know what's best for us" but of course, don't have to live like us.   It is akin to people telling me their opinions on Obamacare (for and against) when they don't have to sign up for a plan in the marketplace like I do.   All these people wanting to "help" me and other people like me, but having no idea how we really live.

Oh, sure, they have a condescending view of "middle America" - we all live in trailers, collect guns, and worship Donald Trump and Jesus - nothing could be further from the truth.  Americans are depicted by the press either as villains or victims and in either case, the press knows what is best for us.  And increasingly, it is one reason when I see an article from The Washington Post or The New York Times (two newspapers I used to subscribe to) I just pass over them.  I know that I am not going to get "news" out of the story, but rather opinion instead. Left-wing opinion, where criminals are always innocent, the police are bad, and Republicans took away our jobs.

This is not to say I watch Fox News or read Breitbart - that's the same dreck, different day.   They also insult our intelligence as well, thinking that Americans will believe any half-assed story that comes down the pike and that everything that happens during the day is a "News Alert!"  Their take is basically the same condescending tone the Left-wing press takes.  They know what's best for us - slashing the taxes of the rich and cutting social security for the middle class.

Sadly, there does not seem to be a media outlet these days that reports the news to Middle America - the middle of the road people who are not rabid leftists or rightists.  The conservative Democrats and Liberal Republicans who are not "Progressives" or "Tea Partiers".  (And no, the Tea Party doesn't get to define who is or is not a "real" Republican.)  The media doesn't report on anyone who isn't filthy rich or dirt poor (both extremes being dirty, I guess).  No one talks about or from the perspective of average people just doing their jobs and shopping at Walmart or whatever, buying their groceries, not having them delivered by drone or in "kits".  People who are like you and me are ignored, unless we are talked down to.

This is why the media is not trusted.  It is, in fact, elitist, and the fact The Washington Post thinks $100 "Leggings" and $350 blue jeans, worn by a tiny fragment of the population, is a "news story" is clear proof of this.