Why Meal Kits Are a Fad 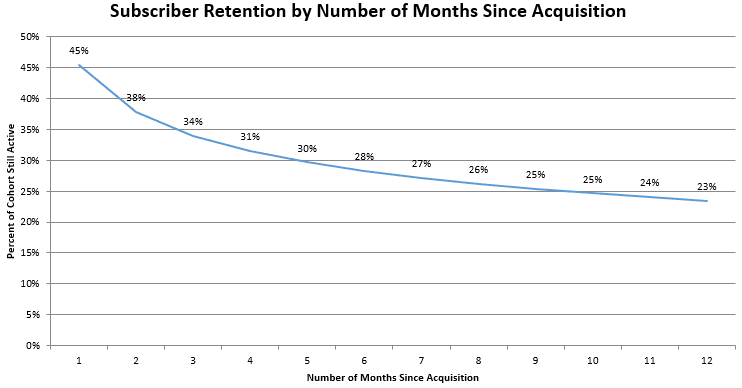 When you lose 70% of your customers every few months, you have a high turnover rate.  Eventually you run out of new customers.

Meal kits are a fad - another sad joke our stock market and the financial media likes to play on us, calling some cockamamie "business plan" a "tech company" and then hyping the snot out of an IPO so some venture capitalists can cash in before it all comes crashing down to the ground like the Hindenberg.

This latest article from Business Insider illustrates the problem for Blue Apron - they are not only losing money, but losing customers as well.  Within the first month or so, more than half the people who sign up say "meh" and cancel their subscription.   And even at $10 a meal, Blue Apron loses money - they need to keep subscribers paying for months on end in order to break even on a customer, and that just isn't happening.

Throw in a non-protectable business plan and low barriers to entry and, well, you've got a serious problem.  Well, you would have a problem if your goal was to make money.   But the way these "new-tech-that-aren't-tech" companies work is not to make profits for shareholders but to make capital gains for founders and early investors.   It is nothing short of legal tomfoolery.  Not against the law - perfectly legal.   Because most small "investors" in IPO stocks never read the prospectus, they just listen to the shouting guy.   But more on that later in another posting.

Why do people drop out of these types of subscription services over time?  In a word, subscription fatigue.   And I say this from experience.   In the past, we have "subscribed" to home delivery of foods, and have dropped out after a few months.   You get bored with it, or you find it is not a real bargain, or you find yourself not using the food.   And I suspect all three are in play here with Blue Apron.

Our first experience with this trend was with Omaha Steaks.   Omaha Steaks sells meat online, or back then, over the phone.   We ordered some steaks for a friend as a gift, and a month later we get a call from a nice lady who works for them, asking us if we wanted to order more.   She was a persuasive salesperson, and we ordered some steaks and hamburgers (which were very good) and less than a week later, they show up in that big Styrofoam container with the dry ice in it.

And they were good.  So we were happy.  And she kept calling, about once a month or so, and we kept ordering.   The prices were OK, but not as cheap as at the local market.   It was a convenience thing, I guess.  And of course, the steaks were frozen, not fresh.   But eventually, our freezer started filling up with steaks, and we sort of went into meat overload.   We got bored with it, it was kind of expensive, and we were not using the food fast enough (although none went to waste).  The nice lady retired and the new "rep" wasn't as enthusiastic, so we stopped ordering.   Maybe we lasted a year, maybe less.  We did end up with a lot of those Styrofoam containers, though!

Our next experience was a "farm share" which we have done twice, once in New York and once here in Georgia.  Both times, we lasted maybe one season or so.   The problem here again, was you get bored with it over time and end up flooded with lots of vegetables you don't know what to do with.  Refrigerator Pie was one option - chop it all up and put it in a pie crust with eggs like a quiche.  But it was a lot of work to prepare foods from fresh vegetables - and we saw a lot of farm "shares" not being picked up by other participants (Mark worked at a local winery that was a drop-off point for the farm share people, and he had to call subscribers to nag them that their share was in the walk-in for nearly a week!).

It was fun for a season, but it was also a bit much, and much of the vegetables you get are stuff you might not be familiar with.  At our local share here in Georgia, we nearly died when we tried to eat "sun chokes" which are a bulb from a ditch-lily type plant.  We found out later that they have to be scrubbed and cooked well to prevent gastrointestinal distress.  It sort of took the fun out of it.

Again boredom, cost, and too much food conspired to get us to drop out of the program or simply not renew our subscription.   It didn't help matters any that people who sell farm shares are a little strange.   One lady would giggle uncontrollably and mock her customers when they showed up.   It sort of got old after a while.

The Schwan's man was another experiment in food delivery and/or subscription.  And again, the local guy driving our truck was a good salesman, and initially, it seemed nice to have some frozen entrees ready for those days when you don't want to make from scratch.   And it was fun for a while, but the cost was kind of high, you get bored, and your freezer fills up with entrees after a while.  You drop out.

When I read the article above about people dropping out of Blue Apron, I thought to myself, "Well, of course they would!" and realized that in the back of my mind, I knew this because we had dropped out of similar schemes in the past.   And then I realized that I had a similar experience with Omaha steaks, the farm share, and the Schwan's man.   All interesting ideas, fun for a while, but hardly lifelong commitments.

It is like New Year's resolutions to lose weight, go to the gym, or cut back on drinking or whatever.  People make bold pronouncements and then fall off the wagon.   I am sure more than one Blue Apron subscriber has signed up, saying, "I am going to learn to cook this way!" and for a month or so, it all goes well.   But then a week goes by and that large box from Blue Apron is hogging up the refrigerator - the owner being "too busy!" to cook what seems like a complicated recipe.   And then another box appears on the doorstep.

And eventually, a box gets thrown out, as the kale or something goes mushy, and eventually the homeowner realizes they are paying a lot of money for boxes they are throwing in the trash, and they stop subscribing.   "I'll renew it later on" they kid themselves, but never do.

Or it may be that the subscriber realizes, after making a few "meal kits" that they can simply download the recipe online for free and buy the ingredients at the local Walmart on the way home from work.  Either way, the pattern is the same - people sign up, try it out, and then move on.   It is like an evangelical church - one third are joining, one third are in, and one third are leaving.  You rely on turnover to keep the lights on.

And that right there is the problem for "Meal Kits" whether from Blue Apron or Amazon Whole Foods or anyone else.  There are only so many people that are an audience for this, and most of them are a transitional audience.   There is little or no long-term "core" subscriber base for this, as there is for Cable TV or smart phones.

There just is no there there.  As a small company catering to upper-middle-class people, it might have made a go of it, nurturing small profits over time.   As "The Next Big Thing!" it had no legs.

But a good backdrop for another IPO, right?  Or so they hoped.
Newer Post Older Post Home